With its three Internet storefronts on eBay, Sears Holdings has found that online auctions yield a better financial return than some of the conventional... 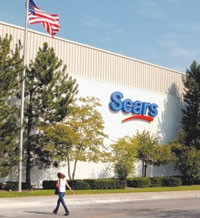 With its three Internet storefronts on eBay, Sears Holdings has found that online auctions yield a better financial return than some of the conventional liquidation practices that it now uses to dispose of excess inventory.

“It’s creating another channel within multichannel,” said David Southworth, divisional merchandise manager for hardlines at Sears Holdings. He outlined the strategy for each of the three Sears-branded eBay sites at a new industry conference called Internet Retailer in Chicago last week.

Southworth said the initiative was helping Sears increase its margins on excess inventory and acquire new customers for its overstock, particularly among the 147 million value-oriented consumers who are already registered users of eBay. (Sears also operates brick-and-mortar outlet stores.) In addition, he said, the program encourages shoppers who have not ventured into online auctions to explore the process through a brand they know.

“Retailers are very adept at selling in-season merchandise, but where we find a huge opportunity to innovate is at the back end on product that isn’t so desirable, because it deals with messy things like returns, damaged and defective products,” Southworth said.

In a test, Sears compared the financial return of selling merchandise via eBay against the return expected through conventional liquidation channels. Southworth declined to reveal the results, but said, “There were a lot of skeptics, internally, that we were able to win over” as a result of the test findings.

One of the Sears eBay sites focuses on hardlines overstock, such as tools and consumer electronics that are still in their original, unopened boxes. “It’s picked, packed and shipped out of our distribution center in Manteno, Ill.,” said Southworth.

The Sears Appliance Outlets site is different. Large items, such as ovens, treadmills and TVs with surface damage or marked for clearance are featured on this site, he explained. “You can buy a refrigerator for 40 percent off. It might have a scratch, and we’ll tell you where the scratch is,” he said.

Sears’ brick-and-mortar outlet stores are equipped to host their own eBay auctions. “We eBay-enabled them,” Southworth said. “They are conducting their own auctions. We’re using it as a traffic driver and a marketing vehicle for our [physical] outlet stores,” Southworth said. Sears operates about 50 outlet locations, and stores in 15 states are set up to host their own eBay auctions, according to Sears’ Web site.

Consumers who visit a brick-and-mortar outlet store after shopping on eBay just might buy something more while they are there, he said. In fact, 20 percent of consumers who choose in-store pickup, rather than delivery, buy an additional item or upgrade their purchase while at Sears outlet stores, he noted.

The third site focuses on returned, used and refurbished merchandise nearing the end of its life cycle. “The Sears Liquidation Site is where we take used product returns from customers to sell on eBay. It’s in an ‘as-is’ format,” he said.

“The idea here is to take the Sears brand name, leverage it in a value-oriented product and actually turn this into a plus for the customer, instead of selling it to a third party,” such as an inventory liquidator, he said. The liquidation site hosts 300 to 1,000 auctions per day.

A big plus for the sites he noted, is that they are supported by Sears’ in-house customer service, unlike a typical eBay auction, which connects online buyers with “some guy in a garage.”

To avoid stealing sales from its existing full-line and outlet stores, Sears uses customer research and Web site analytics to determine when and where to offer items online to minimize cannibalization.

One conference attendee asked how Sears handles minimal advertised pricing policies, a restraint manufacturers place on retailers. When MAP policies are in place, a manufacturer agrees to reimburse a retailer for a portion of its advertising costs, provided the retailer does not advertise a product below a specified price.

“Great question,” Southworth said. “Quite frankly, when there are minimum advertised price policies, we do not offer product that has potential for violation. Our vendor relationships are very important to us.”

The conference was organized by Vertical Web Media of Chicago, publisher of Internet Retailer magazine.

Southworth said Sears is so confident of this initiative that it has placed an “Auctions” button prominently on the home page of its Sears.com site. “We feel there is almost unlimited opportunity for growth,” he said.