The aftermath of an election poses a test for retailers. 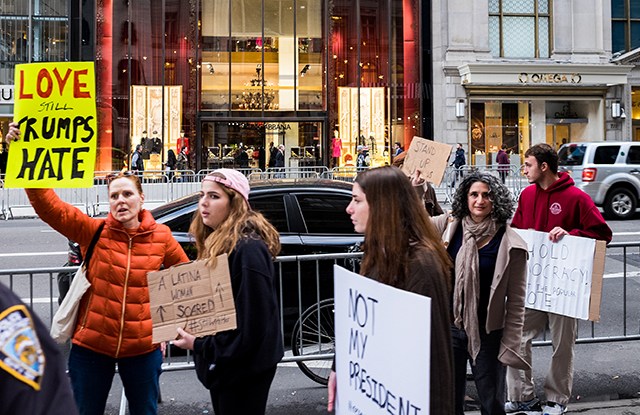 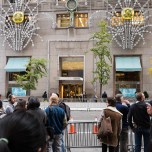 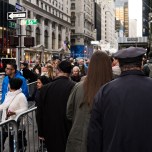 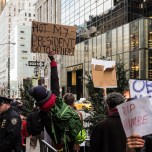 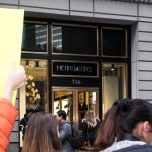 Retailers on the prime stretch of Fifth Avenue pay a hefty price — as much as $4,000 per square foot — for imposing flagships that attract American and foreign tourists and locals. What they don’t pay for is protests, demonstrations, street closures and police officers brandishing weapons, but that is what they’ve been getting for the last two days following the election of Donald Trump as president.

And the stringent security and potential chaos are expected to continue throughout Trump’s term given that his primary resident is at Trump Tower on Fifth Avenue between 56th and 57th Streets.

Protests against Trump’s victory continued Thursday in Manhattan, including at Union Square and Columbus Circle. They followed a massive protest in New York on Wednesday — as well as in Chicago, Los Angeles and other cities. Additional protests reportedly are being planned throughout the U.S. over the weekend.

For the upscale retailers near Trump Tower, which include Tiffany, Gucci, Prada, Bulgari, Bergdorf Goodman and other designer stores, the Trump campaign has been a headache at times. But his victory is only increasing their pain as consumers head into the key shopping season. Fifth Avenue around Trump Tower has been restricted by the New York Police Department and other security services.

On Thursday, streets were lined with sand trucks and there were metal barricades on the sidewalks. Asked how long the barricades would remain in place, Mike Dugan, a community affairs officer at the Midtown North precinct of the NYPD, said, “Four years. That’s his [Trump’s] place. He said he’s coming back every weekend.”

A manager at the Trump Store in Trump Tower sounded blasé about obstacles to entering the building. “The building is open to the public,” she said. “You just have to tell the police and security where you’re going.” Yet the entrance to Trump Tower can look foreboding with security details and police officers massed out front.

Trump’s own store is the last retailer in the center, which once featured Asprey & Garrard, Charles Jourdan, Loewe and Lina Lee.

“We’ve been dealing with this since last year,” said a luxury jeweler who requested anonymity. “They close the street off every time he [Trump] comes to town.” Referring to the Wednesday night protests, during which 65 people were arrested, the executive said, “Last night was completely different. We worried there would be violence and smashing of windows.”

“Today and yesterday, the foot traffic has been nonexistent,” the jeweler said. “There’s no end in sight. We’ll see how things progress. The most eerie part was this past Saturday when people were walking around with Trump-Pence banners. We’re in a holding pattern. We hope everything goes back to normal.”

Gucci seems to be bearing the brunt of the “Trump effect.” Gucci in 2006 signed a lease for the 45,000-square-foot space at Trump Tower, on the corner of 56th Street. Now the block is always free of pedestrians, which was evident in the sparsely populated store.

An employee at Massimo Dutti said the protesters on Wednesday night were name-calling and accusing him of voting for Trump. “Of course, it prevented customers from coming into the store,” said Xhulio Xhaterraj. “By 6 p.m. or 7 p.m. protesters blocked the doors. They were spewing racial slurs. Nonetheless, it was peaceful. It was just a very emotional outpouring. We had to close the store 30 minutes early.“

A sales associate at Dolce & Gabbana said, “There were about 25 people in the store last night. It was insane. It’s something we’ve never seen. The concrete barricades went up at 5 p.m. and the street was blocked off.”

Tiffany customers were directed to the store’s 57th Street entrance. The main Fifth Avenue entrance was not in use. On Thursday afternoon, sales associates outnumbered shoppers by about four to one.

“Tiffany is in frequent communication with the New York Police Department and U.S. Secret Service regarding safety and security along the perimeter of our Fifth Avenue flagship,” a spokesman said. “We remain open for business with regular hours and welcome customers to enter the store via our 57th Street entrance while any barricades along Fifth Avenue are in place.

“Due to post-election-related activity along Fifth Avenue between 56th Street and 57th Streets, our holiday window spectacular will be canceled,” the spokesman added. “We remain open for business via our 57th Street entrance, and look forward to welcoming [shoppers] to experience the magic of our holiday windows, as well as to see our illuminated facade, on display throughout the season.”

“It got intense after we closed at 7 p.m.,” said Jeremy Leiss, a watch and jewelry expert at Piaget, referring to the anti-Trump protest on Wednesday. “People were climbing on the Bulgari hoarding.

“This has impacted our business,” Leiss added. “[Trump] has been here on different days and there have been many days with protests or rallies or police trucks. We’ve had different foot traffic. I hope going forward that it will return to a normal thoroughfare, but I don’t think it will. People have a right to do what they’re doing. Just not in front of our store.”

Across from Trump Tower a small group of protesters had gathered, including Georgia McCann and Maggie McKelvy, students from Bronxville High School. “We have a four-day weekend,” they said, vowing to return on Nov. 10. Others held signs that read, “Not My President” and “Obama Climate Policy.” Robert Burck, who is better known as the Naked Cowboy, worked his way through the crowd, picking at his guitar and turning to show Trump’s name on his underwear.

Henri Bendel, which is opposite Trump Tower, months ago decided the holiday theme should be all about love. “With everything difficult going on in the world right now, including the election, we thought that was something everyone could use a bit more of now more than ever,” a spokeswoman said.

James Goldcrown, the artist who created the Love Wall at Bendel’s, arrived at the store on Wednesday moments before protesters swarmed Fifth Avenue.

Downtown on Thursday, a small contingent of a few hundred people, mainly young, turned out at lunchtime in Union Square to protest the election. Chants centered around “not our president” and “black lives matter,” but one man with a megaphone was speaking of rights for the LGBT community as well.

The protest was peaceful and did not disrupt business in the area. In fact, a Vibram footwear event went off as planned on the north end of the park, and the set-up of a holiday market in the park was ongoing.

On the West Coast, Thursday morning was relatively quiet after protesters in downtown Los Angeles the evening before marched onto and then blocked traffic on the 101 Freeway, while others gathered in front of City Hall. Things picked back up as the day wore on with protests by what appeared to be predominantly students.

An activist organization called Union del Barrio Los Angeles has a protest planned in the city on Nov. 11 with some 7,500 people checked in to attend on the group’s Facebook page. Participants are expected to meet at MacArthur Park and walk nearly three miles to the Edward Roybal Federal Building in downtown to protest the president-elect.

Some retail centers in downtown could see increased congestion if protests are held in already traffic-heavy areas.

The two shopping centers closest to what is expected to be the marchers’ route are Ratkovich Company’s Macy’s-anchored The Bloc mixed-use project and Brookfield Properties’ nearby Figat7th with Target, H&M, Zara, L’Occitane and others making up the outdoor retail center. Spokeswomen for Brookfield and Ratkovich did not immediately respond to requests for comment.