The retailer said sales of men's and women's designer sneakers were booming on Boxing Day — Dec. 26 — the traditional start of U.K. winter sales.

LONDON — Wet, windy weather — and a torrent of pre-Christmas discounting — dented Boxing Day sales across the U.K., with premium and luxury, multibrand stores such as Selfridges faring far better than their high-street counterparts and the big retail chains.

In terms of footfall, it was the worst Boxing Day in almost a decade, according to Springboard, which measures retail activity at brick-and-mortar stores across the country,

Springboard said footfall fell 8.6 percent on Boxing Day, the day after Christmas, compared with Dec. 26 a year ago. The organization said footfall improved during the day, with stores attracting more customers after 5 p.m.

Diane Wehrle, insights director at Springboard, said people are not only shopping later on Boxing Day, they are also traveling to brick -and-mortar destinations to do things other than shop. She said activities tied to leisure and eating out strengthened year-over-year. 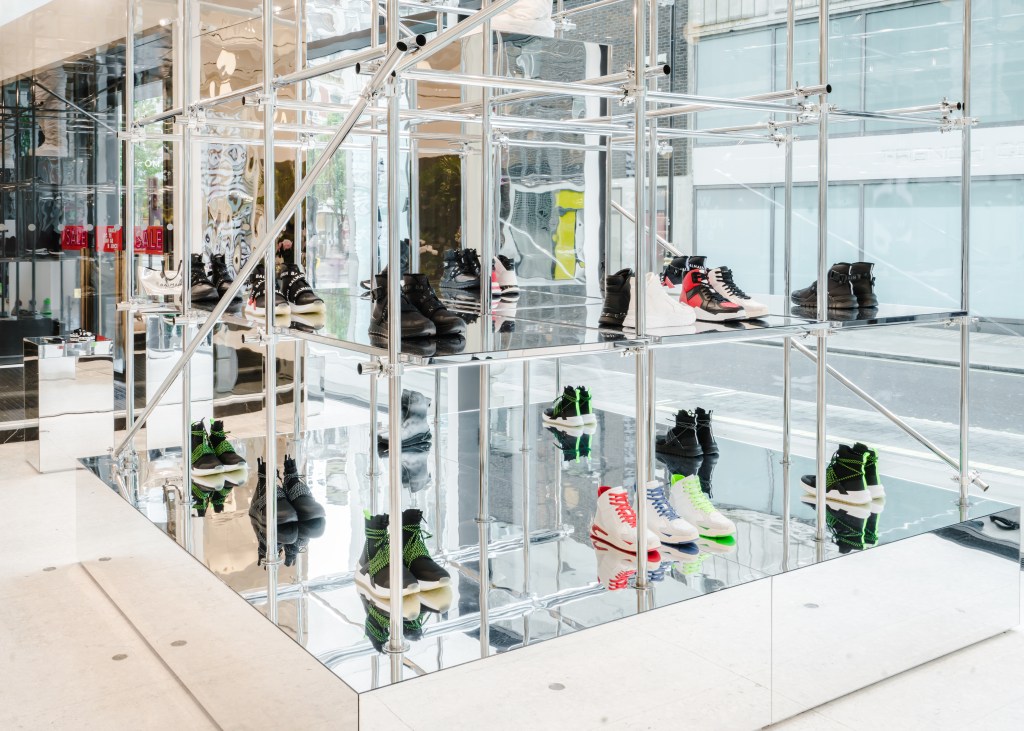 The picture was rosier in London’s West End, which includes the shopping streets around Oxford Circus and Piccadilly Circus.

According to London’s New West End Company, footfall rose 1 percent in the weeks between Nov. 29 and Dec. 26, with shoppers forming long lines outside House of Fraser and Selfridges from 6 a.m. on Boxing Day morning.

New West End Company, which represents about 600 retail and leisure businesses in the area, said best-selling items included women’s fashions and accessories, a traditional purchasing pattern across the West End for Boxing Day.

Dec. 26 traditionally marks the opening of the winter sales season in Britain but, over the years, increasing promotional activity on Black Friday, and throughout December, has been weighing on post-Christmas sales.

Artjom Hatsaturjants, head of insights at New West End Company, said despite tough Christmas trading across the U.K. due to economic uncertainty and low levels of consumer confidence, the West End registered growth due to locals and international tourists alike, who were shopping as well as eating out and watching movies at Selfridges’ new cinema.

“Boxing Day footfall did dip this year compared to 2018, partly due to the particularly strong performance for the same day last year, as well as four weeks of special discounts that have run since Black Friday. However, the West End welcomed over 500,000 visitors on Boxing Day,” said Hatsaturjants.

Selfridges said that by 2 p.m. it was trading on a par with last year, the store’s historic, biggest-ever trading day.

The store said the highest-performing departments were women’s designer accessories, women’s and men’s shoes, beauty, kids’ wear and toys. As reported, the store has recently welcomed the first European branch of FAO Schwarz.

Women’s and men’s shoes, and in particular designer sneakers, were performing “well ahead of expectations,” the store said, while customers were also shopping for full-price, new-season merchandise in “higher-than-expected volumes.”