Selfridges Unveils the Designer Studio, a Movable Feast of Fashion 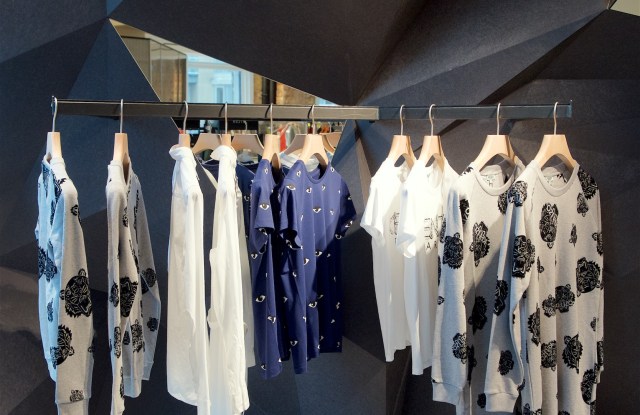 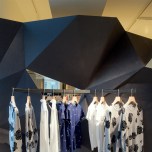 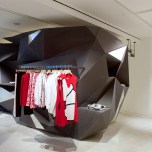 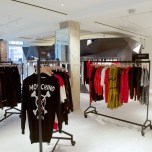 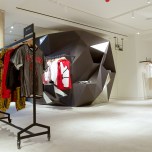 LONDON — Selfridges is shaking up its designer offer with a new concept space that kills off some retail traditions and embraces new modes of shopping.

Two years in the making and inspired by a contemporary art space, the new Designer Studio shows men’s and women’s wear side-by-side; highlights items rather than brands, and will change its special configuration every season.

The store has shuffled brands around, ignoring conventional adjacencies and showcasing labels in what it hopes are more intuitive ways for the shopper.

“For the past two decades there has been a huge brand domination. Now it’s the buyers’ time,” said Sebastian Manes, buying and merchandising director at Selfridges, during a walk-through of the space, which opens on Monday. “It won’t be a row of boutiques and it’s not necessarily about the brands. It’s about amazing designer items, the new thing and constant discovery.”

Manes said Selfridges is looking at the Designer Studio through an editorial rather than a retail lens. The Designer Studio marks the end of Selfridges’ third floor renovation, part of a 300 million pound, or $400 million, investment that also included the Denim, Body and Contemporary Studios and a new ground floor accessories hall that will be completed in 2018. Phase one of accessories is set to open at the end of this year.

The floor has been designed and merchandised to reflect the way today’s customers shop, rather than around “trying to please the brands with ideal adjacencies,” Manes added. “Dressing today is less about a uniform, and more about an individual look. And there is so much more choice.”

He said the area’s setup is also a response to “fast-moving digital retail. We want the experience to surprise — and make sense — simultaneously,” he said.

In the new space, changing rooms are stocked with selfie sticks while curtains are meant to double as Instagram backdrops

Mimicking certain aspects of the digital experience is a growing trend among London’s retailers. Earlier this year Harvey Nichols opened its refurbished men’s floors, which are organized around convenience, lightning-quick browsing and an experience that mimics online.

In a first for Selfridges, women’s and men’s wear will be on display side-by-side.

“We’re passionate about genderless dressing, and we’ll be completely blurring the lines between the sexes,” said Manes, adding that his team has seen increasing numbers of women shopping on the men’s floor.

The strategy is an evolution of last year’s Agender retail project, which encompassed clothing, footwear, design and the arts. Selfridges even did away with male and female mannequins in its windows, dressing them in a non-gender specific way. “It’s the way forward. All of the shows in London were genderless,” said Manes.

Last month, most of the London men’s wear designers (when they weren’t protesting against Brexit) sent women’s wear down the runway, smudging the line between the sexes like never before.

One of fashion’s ultimate androgynous pieces will take center stage at the Design Studio. The T-Shirt Edit is located at the center of the space, stocking brands including Copson and The Deep End Club, which are both exclusive to the store; Young Lovers Club; Life’s a Beach; Enfants Riches Deprimes, and Katharine E. Hamnett.

The Designer Studio will eventually carry more than 60 international labels, 22 of which are new to the store. Additionally, there will be more than 250 exclusive fall products. There is a strong focus on London-based designers, including five Fashion East alumni and two former Selfridges Bright New Things. As of October, when phase two opens, there will be boutique concepts for three London brands — Christopher Kane, Joseph and J.W. Anderson.

Emerging talent also plays a big role: There is jewelry from the latest LVMH Prize winner Grace Wales Bonner and clothing from Dilara Findikoglu. The latter is a Turkish designer who staged a guerrilla fashion event outside Central Saint Martins after she failed to make it into the college’s annual BA graduate show.

There are bigger international names in the mix, too, such as Vetements, Maison Margiela, Moschino and Marni.

The Designer Studio is located on the store’s third floor and sits directly above the second floor Designer Galleries, which have a more traditional retail format. The idea is for the merchandise on both floors to be complementary.

Selfridges has also carved out space for items other than clothing. There will be a book and magazine shop with a selection of rare works and lithographs from Claire de Rouen, the specialist photography, fashion and art bookshop in London’s Soho. Manes said the store sees books and magazines as a fashion product.

The Designer Studio approach to music is different as well. Selfridges asked each brand to come up with a playlist that together will form the soundtrack for the space. Speakers are exposed, in keeping with the raw, pop-up atmosphere.

The overall setting was inspired by a contemporary art gallery, influenced partly by the tastes of Alannah Weston, deputy chairman of Selfridges Group and a contemporary art lover. The interiors are made from humble materials, painted chipboard and plywood walls, while columns have been left raw. The sparkling white ceilings are a foil to all of the unfinished edges: The moldings, with their crossed ribbon and reed motif, are based on the ones that existed when Harry Gordon Selfridge opened the store.

The six sculptures double as retail fixtures: Three will launch this month, and the rest in October. They’ll change each season in keeping with the flexible nature of the space.

For the launch, Gary Card has worked with Kenzo on one, while another featuring mottled mirrored panels was created by Artisan. Campaign, the architectural firm that worked with Selfridges on the Designer Studio, has created a metal frame one. The J.W. Anderson and Marni boutiques have also been conceived as installations.

The space will also be flavored by store-wide events, and will launch with a special exhibition of ten images by Mary McCartney, inspired by the store’s “Shakespeare Refashioned” project, a storewide campaign marking 400 years since Shakespeare’s death. McCartney has shot 10 images, transposing Shakespearean heroes and heroines including Ophelia, Cleopatra, Bottom and Titania, Romeo and Juliet, onto a contemporary urban landscape. They are wearing clothing from the Designer Studio.