The multiyear project is slated for completion in 2018. 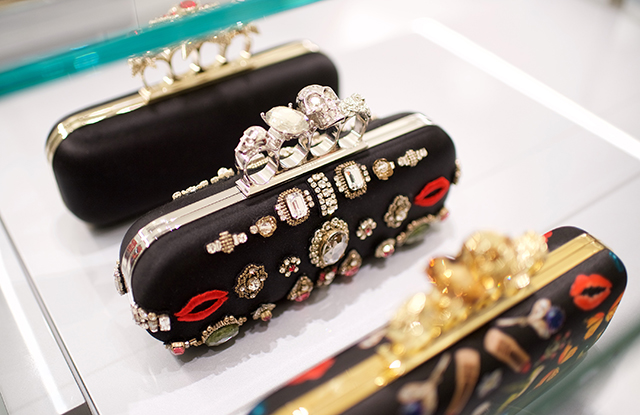 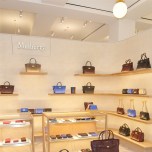 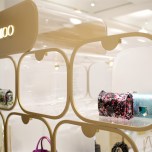 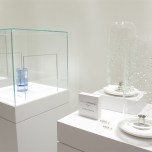 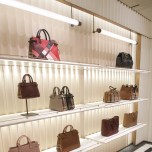 LONDON — Selfridges tugged open the curtain on phase one of its supersized, David Chipperfield-designed accessories hall on Wednesday, a space that aims to be sustainable and approachable.

The new space is part of a 300 million pound, or $372 million, overhaul of the eastern end of the store with the goal of creating the world’s largest accessories hall.

When the project is finished in 2018, the accessories hall will span 60,000 square feet, taking up one-third of Selfridges’ ground floor space.

The merchandise — chiefly handbags and small leather goods for men and women — will eventually generate 45 percent of the store’s overall accessories sales. (Shoes are located upstairs, while watches and jewelry are sold in the ground floor Wonder Room).

The accessories opening is the third major one for Selfridges this year: It has introduced the Body Studio, which taps into the ath-leisure trend, and the Designer Studio, which focuses on items rather than brands.

The new accessories space is located in the former high street and contemporary area. Design features include neo-classical columns, terrazzo floors, flashes of marble and glass and warm lighting.

The overall space is generous, while entrances to the shops-in-shops, such as Gucci, are wide and meant to encourage shoppers to drift in and out.

“We didn’t want to make it intimidating — we wanted it to be an accessible, enjoyable, social place that was also about sustainability,” Sebastian Manes, the store’s buying and merchandising director, said during a walk-through.

Selfridges asked brands to work organic, sustainable materials into shop designs. The retailer said it wanted to create an atmosphere where customers felt they were investing in something special rather than snapping up a commodity.

Loewe has installed ancient stone cylinders from Spain, which it’s using as displays for its multicolored bags, while Chanel has created glass, museum-like cases for a series of dramatic sculptures made from wickerlike branches.

The new hall also has a big round bar called The Fount, which serves different types of water and water infusions — as well as soft drinks and cocktails. It has a dedicated mixologist known as Mr Lyan, and is open all day. The brands that skirt the bar were asked to riff on the theme of water for their shop fits.

Stella McCartney used recycled fishing line as part of her display, while Anya Hindmarch has made shelves from aqua-colored lava (a giant lava lamp will soon be installed). Jimmy Choo’s display cases have rounded edges meant to recall droplets of water.

Manes said the store’s commitment to sustainability also stretched to the adjacencies. There’s a big emphasis on British brands, he said, with Burberry and Mulberry in key positions, near Chanel, Celine and Chloe.

Chaos, the London-based collection of jewelry and small accessories started by Charlotte Stockdale and Katie Lyall, sits alongside the big luxury brands. One long wall will be dedicated to a series of pop-ups, the first of which features Atelier Swarovski accessories and home ware.

The new area, which has its own entrance on Duke Street, also houses the only Chrome Hearts shops-in-shop in Europe: The space has double-fronted windows that face Duke Street, and the furniture — including the silver inlays on the floor — have been made and embellished by hand, according to Manes.

Selfridges also asked the brands to have some fun with the displays and assortments: The Gucci space has an elegant black-and-white mosaic floor adorned with the brand’s motifs — snakes, swirls and bugs. Wallets and other small accessories are dotted across display walls thanks to removable magnets tucked inside them.

Phase two is set to open in November 2017 and will involve the refurbishment of the old ground floor accessories hall: The brands that are currently there will either remain in place while the work is being done, or move temporarily to the new, phase one accessories space.

It’s not just the store interiors that are getting a makeover. By 2018, Chipperfield will have redone the entire facade on Duke Street, creating a triple-height entrance into the accessories hall. He’s also planning to redesign the store’s main entrance on Oxford Street.

Other structural changes include doing away with the loading bay that currently cuts into the building on Duke Street and uniting the buildings under one facade.

By 2018, visitors entering the store through the smaller Oxford Street entrance (the one nearest to Duke St.) will be able to take in the entire accessories hall.