The new area in the retailer's Oxford Street flagship, part of the Women’s Designer Galleries on the second floor, spans 42,000 square feet. 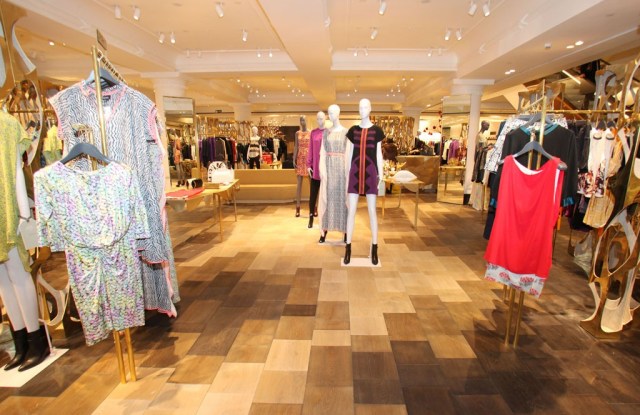 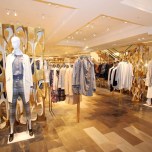 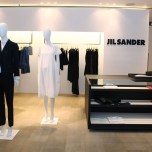 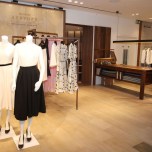 Not as far as Canada, however, just to the western end of its Oxford Street flagship to a new women’s wear gallery.

The new area, part of the Women’s Designer Galleries on the second floor, spans 42,000 square feet, has natural light, higher ceilings than in the past, and houses a mix of luxury pieces for the customer who likes her fashion with a classic — or tailored — twist.

Early next year, Selfridges will introduce made-to-order services from the shirtmaker Charvet and the Scottish cashmere company Hawick.

“We wanted to take our customer one step further in terms of luxury,” said Crane during a walk-through. He added that the store also took a holistic approach to designing the space “without the typical department-store adjacencies.”

He said he wanted the brands on the floor — which also include Saloni, Tory Burch, Preen and Maiyet — “to come to life” with the adjacencies and spur customers to look at brands they may have never considered before.

DVF, he said, is traditionally positioned as a contemporary brand, but, he said, Selfridges wanted to celebrate it as “an iconic heritage brand,” with a classic sensibility. He said it sits well alongside brands such as Paul Smith and Sportmax, Saloni and Preen.

At Emilia Wickstead’s salon, which sits near Jil Sander, customers can choose from 14 dress styles — the black toiles hang in a pin-sharp row at the back of the room — customize them with specific colors, fabrics and tailoring options, and have their order delivered within 20 days.

In an adjoining salon is the tailor Henry Rose, who in the past has worked for Stella McCartney and whipped up many a suit for her father, Paul, both for on- and offstage appearances.

Rose does men’s and women’s tailoring, and allows customers to choose from a variety of coats, jackets and shooting suits — a copy of one he did for Madonna is on display at the store — and he can deliver in 12 weeks. Rose will also make suits from scratch or copy customers’ beloved wardrobe pieces.

The new gallery, which is located in the former Superbrands space, is still evolving: In January, the Charvet and Hawick services will officially be on offer, and in February, a new restaurant, Josephine’s, will serve drinks and lunch with views over Oxford Street.

The new gallery’s interiors were designed by Jamie Fobert Architects and feature light wood floors, brass and marble details, and the original high ceilings that had been closed off since the Sixties.

It is the third and final women’s designer space to be completed on the floor, and it boasts the most classic luxury offer.

The East Gallery features designers such as Alexander McQueen, Givenchy, Chanel, Prada, Lanvin, Rick Owens  and Haider Ackermann, while the Central Gallery has Stella McCartney, Burberry, Miu Miu and Louis Vuitton. The Central Gallery will stock Tom Ford and Saint Laurent as of next year.