The department store now has a men’s footwear space to rival its one for women. 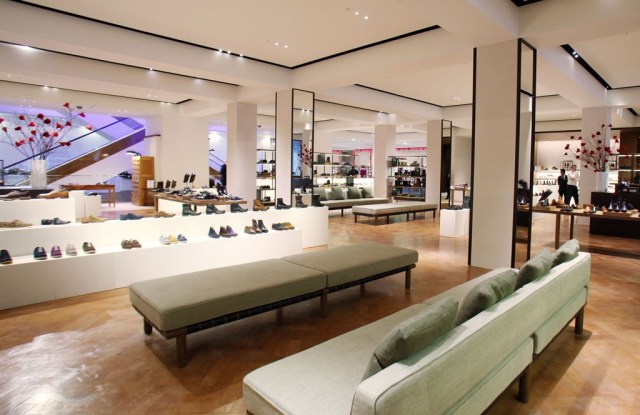 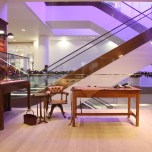 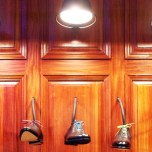 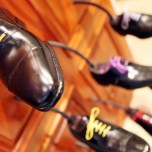 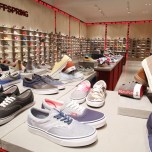 LONDON — Selfridges now has a men’s footwear space to rival its one for women, and it aims to cater to a wide variety of tastes, from the man hunting for a pair of Havaianas to the one desperate for the latest Tom Ford boots.

The new space is double the size of the previous one, and spans 15,000 square feet. It stocks 3,200 styles and more than 80 brands that are new to the store including Kenzo, Junya Watanabe, Opening Ceremony and Oliver Spencer.

Brands such as Lanvin, Versace, Burberry, Tod’s and Trickers have created exclusive styles for the new hall, which Selfridges says is the largest shoe concept space in the world. Part of that space is dedicated to Offspring, which stocks a wide variety of sneakers, including Converse, Vans and Nike.

Swing spaces around the perimeter of the hall will be used for pop-ups and special services: Currently, The Shoe Snob is in residence, polishing customers’ old footwear for free, as is MySlippers, which offers customized and bespoke velvet slippers.

The space has been designed by Vincent Van Duysen, the Antwerp-based architect and furniture designer known for his minimal aesthetic. There are wooden parquet floors, oak panels, natural stone cladding and walls treated in a warm bone shade. Bill Amberg created a leather carpet that looks like parquet flooring.

“From an interior design perspective, it was essential to us from the outset that the space feel as welcoming as it does premium,” said David Walker-Smith, the store’s director of men’s wear. “Vincent van Duysen works predominantly on residential projects, which I think feels really evident upon walking into the space. It’s an incredibly homely environment, which for me is important within men’s retail spaces, and a relaxed backdrop to some very dynamic product.”

He said the new shoe hall was part of the store’s ongoing strategy to take ownership of merchandise categories. The store has already revamped its designer clothing space and next year will make “heavy investment” into body wear and accessories, said Walker-Smith.

“Shoes have always been a huge part of our business at Selfridges, and our aim is to be the definitive destination for footwear in terms of breadth, point of difference and service,” he added.

While most of the space is open-plan, there are a few specialty shops-in-shop at the back. One is dedicated to driving shoes — the store’s best-performing men’s shoe category — while another area offers made-to-measure footwear across 10 brands including Kurt Geiger London, Tom Ford and Prada.

In February, a Christian Louboutin stand-alone men’s shop-in-shop — a first for the designer — will open, while Prada and Gucci already have their own spaces on the floor.

In 2010, the London-based department store unveiled a 35,000-square-foot women’s footwear space, which Selfridges says is the largest of its kind.