Events to kick off Thursday. 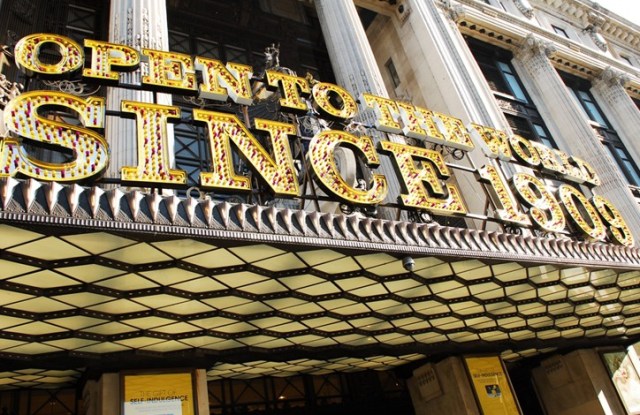 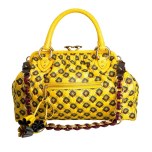 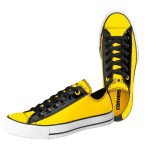 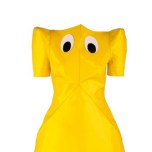 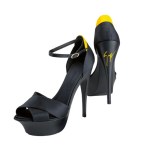 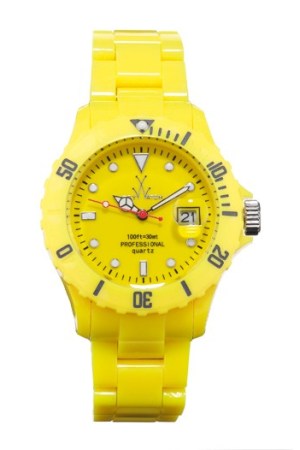 LONDON — Selfridges is defying the downturn with a celebration to mark 100 years in the retail business, including an exhibition charting the store’s history, weekend musical events and yellow anniversary-themed products from brands including Marc Jacobs, Giles, Paul Smith, Ralph Lauren, Levi’s and Coca-Cola.

“We all feel about 150 years old at the moment because of all the planning,” said chief executive Paul Kelly on Monday. “Despite the general climate, we have a lot to celebrate, and we want our customers to know there’s still a lot of joy out there and fun to be had.”

The anniversary will kick off Thursday night with Champagne and birthday cake at the store — which has been festooned with 1,500 yellow origamilike airplanes — and continue through May.

The exhibition, staged in the 3,000-square-foot Ultralounge, touches on founder Harry Gordon Selfridge’s personal passions — shopping-as-entertainment; air travel; all things mystical; the store’s celebrity customers and services (Selfridges packed the Duchess of Windsor’s suitcases for her 1936 journey into exile), and the grand, themed events of past years, including Bollywood and Vegas.

“It is meant to entertain — and to educate,” said curator Lindy Woodhead, author of “Shopping, Seduction and Mr. Selfridge,” a biography of the store’s founder. “Gordon Selfridge was a breath of fresh air. He was an American, and he had an egalitarian approach to shopping — Selfridges catered to the rich and the poor alike.”

As part of the celebration, the store has also decorated the flagship’s Oxford Street windows with vintage designs — Twenties boudoirs and football displays — and has booked in weekend entertainment, including DJing by Giles Deacon, Henry Holland, Amy Molyneaux and Percy Parker.

But the store is celebrating more than a birthday. Profits and sales are on the rise, thanks in part to a bump from overseas tourists taking advantage of the weaker pound, and the store plans to unveil its first e-commerce multichannel site next year. The site will be for the U.K. only, and will offer a “slice” of Selfridges’ merchandise with a continually changing roster of brands.

“Business is good but tough — and there’s no point in moaning,” said Kelly. “The reality is that you can buy a Louis Vuitton bag anywhere in the world. We have to demonstrate every single day that Selfridges is where customers should be spending their money.”

“Last year, we knew things were beginning to change. We took action, and it came right for us,” said Kelly. “This isn’t the first tough time that Selfridges has been through during the past 100 years: It’s seen war, depression and recession, and it’s still managed to evolve.”