London retailer plans to more than double the size of its luxury handbag space. 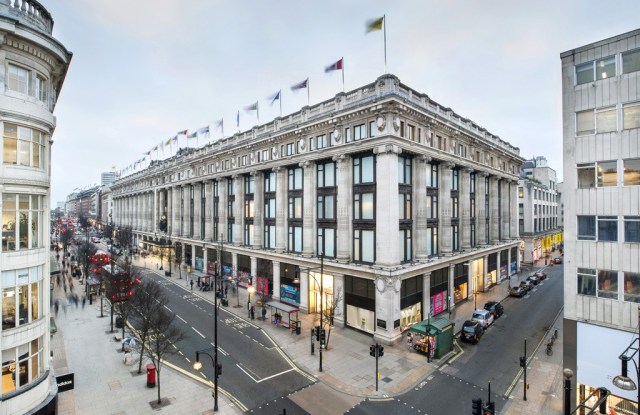 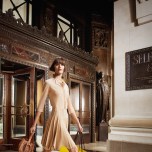 SPACE RACE: Selfridges’ multimillion-pound investment in a new London accessories hall will change the complexion of the store and impact departments beyond accessories, said Anne Pitcher, the store’s managing director. “The scale of the investment will propel the whole business forward, and will impact the ground floor and levels one, two and three,” she said in an interview Tuesday.

The store plans to invest 300 million pounds, or $505 million at current exchange, in expanding its accessories space over the next five years. Work is to begin next month, with the accessories area eventually doubling in size to 50,000 square feet on the ground floor. In addition to handbags, it will offer eyewear, small leather goods and brands ranging from the big luxury names to smaller labels.

Some 10 million pounds, or $16.8 million, of the total has been earmarked for new offices and facilities for the store’s management team, half of which will move to nearby Wigmore Street, freeing up space for retail. As part of the project, a new, major entrance to Selfridges will be built on Duke Street. The young fashion area, which stocks high-street brands and sits on the ground floor near the current Duke Street entrance, will be relocated to the third floor, and have 10 percent more space, Pitcher said.

Selfridges said it is aiming to create “the world’s largest and most comprehensive destination” for accessories ranging from luxury to the high street. Including departments such as men’s and women’s footwear and the Wonder Room, which stocks fine jewelry and watches, the total space dedicated to accessories at Selfridges will be 100,000 square feet once this latest project is finished.

Selfridges said this is the largest investment it has ever made in a single project. The retailer plans to invest 20 million pounds, or $33.7 million, in its Birmingham unit, and is pouring a similar amount in its Manchester store, which is currently undergoing a refurbishment.