Sene Suits Up for L.A. Flagship

The custom suit maker is set to open a store on La Brea Avenue. 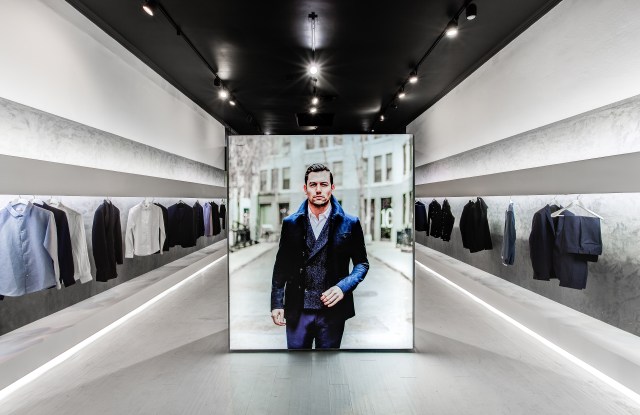 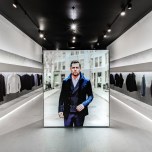 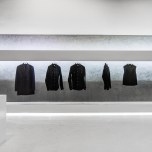 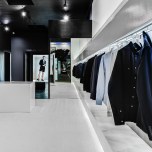 Sene, which sells custom men’s apparel ranging from suits and blazers to joggers and chinos, plans to open a Los Angeles flagship Wednesday in a dual-purpose space that will also serve as a creative studio for the apparel company.

The company is taking a cue from a general interest within the industry for Los Angeles with its decision to bring the brand to L.A.

“We feel like this is a really interesting time in Los Angeles where a lot of fashion is moving over here. A lot of creatives are moving here,” said Sene founder and chief executive officer Ray Li. “People have been talking about L.A. as the second fashion capital. We want to be here. This is a more sustainable place to build a team.”

The La Brea door will serve as what Li called a prototype for future brick-and-mortar, which is in the plans for the company. Sene also has a New York showroom, which opened in fall 2015.

“We see the stores as the alternative to your normal retail experience,” he said. “We see these as hero brand locations where your first interaction with the brand is there. The plan is to roll out these in a few other locations.”

Li launched the company nearly four years ago, with the idea for its services rooted in his own personal frustrations finding clothes that fit but were outside the traditional custom process that’s typically limited to suiting and overwhelms some with too many choices.

The company had been bootstrapped up until the spring when it raised a $300,000 angel round.

“We considered the venture route,” Li said. “We think that it doesn’t necessarily make sense for a lot of fashion brands to do if you have angel investors who share your values…. That’s a much more sustainable way in terms of how we’re financed.”

Li declined to say what the company is projecting in revenue this year other than to say the business is expected to grow by six times in 2017.

Once the store opens, the company’s distribution channels will be diversified among brick-and-mortar, the at-home-fitting service for existing customers to try samples on in their homes and, in about a week, Sene launches body scanning locations starting with the Bay Area.

The body scans would be used to generate a body profile so that a customer could then go about purchasing from the Sene line, armed with their proper measurements.