The arrival of the retailer, which is owned by LVMH Moët Hennessy Louis Vuitton, is being interpreted with an event loaded with meaning. 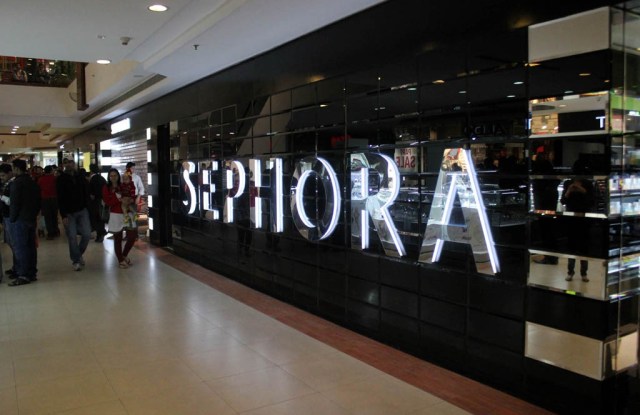 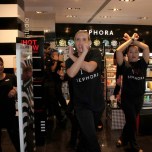 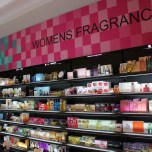 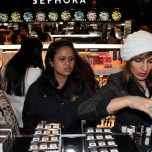 NEW DELHI, India — If there were a guessing game about the beauty industry in India, equivalent to a whodunit in fiction, it would have been about Sephora’s much anticipated opening in India. Over the last few years, there has been speculation, news reports, even definite descriptions of the various partners and locations where the French beauty retailer was entering the market.

It happened on Saturday.

And as the shutters went up, and Lady Gaga’s recorded voice boomed over the 3,229-square-foot store, there was a spontaneity in the flash mob that broke out, engulfing the space.

The celebration is more than just that of another store opening, but about many different things. For one, it’s a first for a global beauty stand-alone retailer to launch in India with the perfumery concept.

For another, the retail offering goes into the big leagues right away, with 14 new brands being launched for the first time in India.

The exclusive beauty brands that have been launched with the store include Make Up For Ever, Benefit, Stila, Bliss, StriVectin, Sampar, Boscia, Peter Thomas Roth, Zirh, The Face Shop, Soap and Glory, Alterna, Oscar Blandi and Ouidad, as well as Sephora’s own brand of makeup, skin care and accessories.

Other brands, which are already in India but are included in the store’s assortment, include Dior, Estée Lauder, Clinique, Clarins, Shiseido, Tom Ford Fragrances and Guerlain.

The arrival of Sephora, which is owned by LVMH Moët Hennessy Louis Vuitton and has more than 1,600 stores around the world, is being interpreted with an event loaded with meaning. “The stage for high growth in beauty in India is coming up now. We’re going to be a big player in the beauty industry,” declared Ravi Thakran, Group President for LVMH, South Asia, South East Asia & Middle East, who is also president for Sephora for the region.

“But beauty in India is very nascent, with a lot of potential.”

Early this week, Thakran said that Sephora’s vision for India was to be “an absolute beauty authority.”

He added, “especially with many more women gaining power in the society, beauty has found meaning of confidence, independence and need for self-identity; it is these women who define the values and attitudes found in beauty.”

Also unusual is the partnership in India, with luxury group Genesis. Genesis has been at the helm of luxury fashion retail with joint ventures and franchises with various global fashion brands — including Burberry, Paul Smith, Canali, Jimmy Choo and Bottega Veneta — and has received funding from the LVMH-owned investment fund L Capital, but is making its first foray into beauty.

“After having pioneered and consolidated luxury fashion retail in India, now Genesis takes a firm step into beauty and grooming retail with Sephora,” observed Sanjay Kapoor, managing director of Genesis.

The Sephora in New Delhi is the first to have its own shop-in-shop, with Forest Essentials, a prestige ayurveda-based brand. Estée Lauder bought a minority stake in the company in 2008, bringing new recognition for the brand.

Although beauty retail in India has undergone a revolution in the last few years, with department stores such as Shoppers Stop and Central bringing in new brands with a more customer-friendly approach, beauty has typically been more constrained in India, with customers separated from the products by either counters or by a surfeit of beauty advisers. The newer format beauty counters at the department store have been working toward changing this, but at Sephora, it is all about beauty in terms of experiencing products as well as the Beauty Studios, which offer advice and consultations for both makeup and skin care.

Although analysts say Sephora’s launch is a sign of the maturing of the beauty market in India, there is also some skepticism about the readiness of the market for higher-priced beauty retail.

Several perfumery concepts have started with promise, only to give up — citing high rental costs combined with customs duties on beauty products and not enough buyers, despite a market that appears to be strong, given India’s population of more than one billion and a middle class of more than 400 million people.

Sephora also appears to be looking at the market with caution.

Although the first store is only open in New Delhi without immediate plans for additional openings, more brands will be added in coming weeks. The beauty retailer is also creating a strong campaign for beauty, using social media, with a Facebook page preceding its brick-and-mortar launch.

But will Sephora satisfy customers after their long wait?

Perhaps the next few months will provide a verdict. The experience promises to be significant amid the changing face of beauty in India.