The company’s global ceo, Chris de Lapuente, sat down with WWD to discuss the multibrand retailer’s meteoric rise in China. 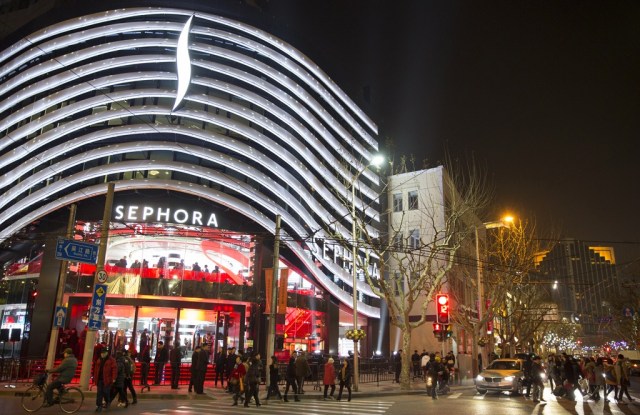 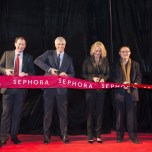 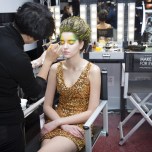 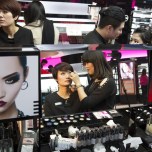 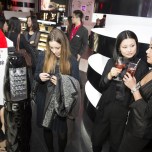 SHANGHAI — The length of Nanjing Road, one of this city’s two premier shopping streets, was festooned this week with red banners on every power pole proclaiming a single word — Sephora.

It appeared as though something big was happening in regards to the French beauty retailer and so it was, as Sephora celebrated the opening of its largest store in Asia.

Weighing in at 54,000 square feet and five levels, the Shanghai Xiangyang flagship on Nanjing Road is taking up residence in what was previously Shanghai’s most famous toy store.

Prior to the day’s festivities, de Lapuente sat down with WWD and spoke of the multibrand retailer’s meteoric rise in China, with this week marking the opening of Sephora’s 135th store since it entered the market in 2005. The chain operates in 47 Chinese cities.

Though he wouldn’t be drawn on anything approaching specifics in regards to Sephora’s sales and revenue in the China market, de Lapuente did say they were very pleased with the “strong double-digit” growth in the country. Industry sources estimate that Sephora does a volume of about $500 million annually in China. De Lapuente predicted the Shanghai flagship would rank in the top 10 of Sephora stores around the world. The company’s highest-volume store is the Champs-Elysées superstore in Paris, followed by the flagship in Brazil and an assortment of New York units.

Despite the recent slowdown in China’s breakneck economic development, the Sephora ceo told WWD the company is still expecting store openings to continue at a rate of about 25 per year, on par with 2012 efforts, with new markets in second- and third-tier cities more than making up for the slight slowdown in growth rate being observed by Sephora in Shanghai and Beijing.

“I think we’ve only fulfilled a small fraction of what’s possible in this market,” de Lapuente said. “We are quite inspired by the huge passion of the Chinese woman to learn about beauty, be it skin care, makeup or fragrances.”

Education is of particular importance with the China market, where sectors such as color cosmetics and fragrance are still underdeveloped, in part because they were banned for much of the 20th century by Mao Zedong’s communist regime and Cultural Revolution. Women are still unsure about how to incorporate a variety of color cosmetics products and fragrances into their daily lives.

In an effort to further this education of the market, the third floor of the new flagship is devoted to a Sephora academy, training what the brand calls “beauty experts,” who will eventually be deployed in stores around the country. The fourth and fifth floors of the flagship have been given over to Sephora China’s new corporate headquarters.

Fragrance education gets extra special attention at the new flagship, with the section featuring a counter equipped with six iPads, each programmed with questions leading to a suggested fragrance or two which may suit a particular customer’s taste and requirements.

The beauty market in China has traditionally been — and remains — skin-care driven, and the layout of the Shanghai Xiangyang flagship reflects this inclination. Cosmetics and fragrance sections are located on the first floor, which consumers have to pass through before making it up to skin care and hair care on the second. This new flagship will stock three Chinese brands and 17 Asian labels. The Chinese brands include Shanghai Jahwa’s Herborist, which is very popular with young consumers. Shanghai Jahwa owns a 19 percent stake in Sephora’s China operations.

Other local brands being stocked include For Beloved One (Taiwan), Erborian (Korea), Lunasol/SK-II (Japan).

Despite the obvious enthusiasm for the Chinese market — in his ribbon-cutting speech de Lapuente called the opening one of the most exciting days in his time as ceo of Sephora — the company is still focused on it’s core markets in Europe and North America, before searching out too many new horizons.

According to de Lapuente, the brand is still looking to grow its 30 percent market share in France; open more stores in the U.S., and consolidate strong growth in markets where Sephora has had a presence for five years or more — including Russia and the Middle East.

Newer countries to the Sephora fold — such as Mexico, Brazil and India — are the next markets in which the chain hopes to expand its presence from a few stores to the kind of critical mass now being witnessed in markets like China.

“We’ve got the core markets where there are still a lot of opportunities, we’ve got the newer markets that are moving out of an investment phase and are now bearing fruits and we have a whole group of more recent markets,” de Lapuente said.

“We are in 30 countries now, I have a dream to be in significantly more countries in the world and as markets like China do well it gives us confidence that the Sephora model can work in more parts of the world.”