In addition to the unit in São Paulo’s new JK Iguatemi mall, retailer plans to add four more units in São Paulo this year and about 30 more in Brazil by 2016. 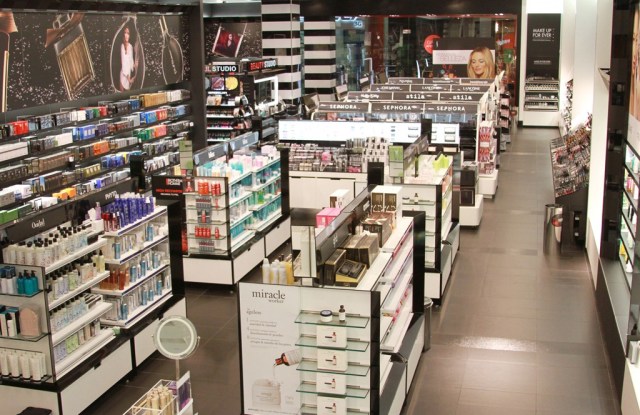 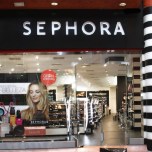 “Prestige penetration was really limited until now, but the Brazilian market is very well informed about brands and products and is really eager,” said Paula Larroque, general manager and senior vice president of Latin America for Sephora Americas. “We know we are bringing something they have been expecting for a long time.”

She plans to add four more units in São Paulo this year and about 30 more in Brazil by 2016.

Christopher de Lapuente, global president and chief executive officer of Sephora, added, “I grew up in Brazil so I know just how fun and exciting this market can be. Brazil is one of the biggest beauty markets in the world, and we know how much Brazilians love shopping in Sephora from the numerous tourists in our French and North American stores.”

Brazil is the third largest beauty market in the world and the fastest growing, according to a study released in March by A.T. Kearney. Its emerging middle class and a cultural emphasis on glamour fueled 13 percent compound annual growth in beauty, soap and hair care from 2005 to 2010, noted Hana Ben-Shabat, a partner at the consulting firm. Volume hit $34 billion in 2010, eclipsed only by the U.S. and Japan.

The store’s 3,800-square foot space presents more than 100 brands and at least 15 prestige labels exclusively, including Make Up For Ever, Nars, Urban Decay, Benefit, Stila and Kat Von D, with more to come. Its 300-foot glass facade is highly visible within the mall.

Most Sephora stores stock about 200 labels, and the gradual rollout of brands in São Paulo is largely due to the Brazilian government’s rigorous and time-consuming registration process for cosmetics, Larroque explained.

“We know from our experience on Sack’s that there is a great desire for our brands and products, many of which have never been sold in the market before,” Larroque noted.

“We are thrilled with the response,” said J.P. McCary, MUFE general manager of the Americas. “The Brazilian customer knows our product. It’s hard to shop complexion on a Web site, and they are buying it first and foremost.”

Prices are higher in Brazil due to tariffs, and the site invites shoppers to pay in 12 installments for many products including MUFE’s bestselling HD Microfinish Powder, which is priced at about $65.43 compared with $32 in the U.S.

Since the mall’s opening was delayed repeatedly, Sephora planned its opening later to ensure no snafus for opening events including a cocktail party Thursday with local celebrities and many international brand executives.

The beauty chain is also expanding in Mexico, where it opened its first unit last October in Mexico City. Its fifth store opened July 5 in Mexico City, and two more are due there by yearend, giving the chain five stores in Mexico City and one each in Guadalajara and Puebla.

The company’s Mexican Web site is strictly informational but could be developed next year for e-commerce, she said.

“It’s part of our expansion plan, but we decided to position our brick-and-mortar experience and brand into the market…and then in the second phase develop e-commerce,” Larroque said.