The SoHo store is the first to get an overhaul, which was unveiled this week. Union Square will follow in June.

By Julie Naughton on May 3, 2012
View Slideshow 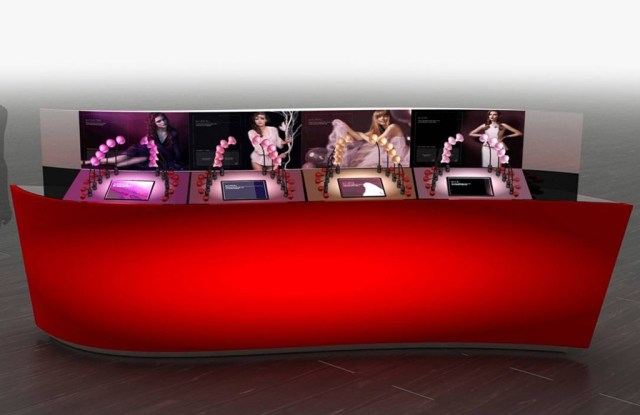 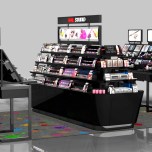 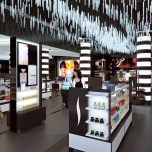 Sephora is giving four of its stores in New York City a facelift.

The retailer, which opened its first U.S. store in SoHo in 1998, is taking that store and three others in Manhattan and giving them 2012-style makeovers. The SoHo store is the first to get an overhaul, which was unveiled this week. Union Square will follow in June. By yearend, Columbus Circle and Times Square will be also revamped. Even the Sephora uniforms have been updated — by Prabal Gurung.

“We have 16 stores in Manhattan, and 15 of them are not yet state of the art,” said David Suliteanu, president and chief executive officer of Sephora Americas, adding that the Meatpacking District store, opened in September 2011, was the exception. “We’ve learned a lot from the Meatpacking store that you will see in upcoming stores. Our philosophy is to pilot on a small scale, learn from it, and roll it into more locations. We got on the map in 2011 with a state-of-the-art Meatpacking store, which featured completely new thinking. And 2012 is going to put a big exclamation point on it as we overhaul our four largest Manhattan stores.”

Manhattan is the chain’s biggest priority in the U.S. market, he said. “It’s such a large chunk of our sales volume, and a very high density of stores,” he added. “We actually have a name for it internally: the United States of Manhattan. You want to put your best brand foot forward in those top markets.”

While Suliteanu absolutely refused to talk numbers, industry sources estimated that Sephora does $1.5 billion in North America at retail. Manhattan Sephora stores are said to generate sales of $225 million at retail. Sources calculate that SoHo does an estimated $22 million at retail yearly. Sources speculate that within five years, Suliteanu would like to grow SoHo’s business to $35 million to $40 million.

The overhauls are intended to elevate the shopping experience and set the stage for additional updates throughout the retailer’s North American doors, he said. Each store will feature new fixturing, a larger and easier-to-shop footprint, tech-based checkout and expanded beauty services, dedicated event space and additional beauty brands, he noted, adding that store updates will be tweaked according to each location and its needs.

The SoHo space contains a 30-foot Beauty Studio equipped to conduct express services such as customized makeup applications; a private Personal Beauty Advisor room; a separate fragrance room that allows clients to explore scents in an immersive environment, and an art installation, comprised of pushpins, by artist Eric Daigh.

The Union Square location is taking over an adjacent empty storefront, said Suliteanu, enabling the retailer to pioneer new concepts in the additional square footage, which will now total 8,530. One cornerstone of the updated space will be the Fragrance Flight Bar, inspired by the Sensorium, a temporary installation Sephora did with Firmenich in fall 2011. Set apart from the main floor in a private room, the Fragrance Flight Bar is stocked with unbranded fragrances in flame atomizers, broken down into four scent families: addictive, casual, playful and chic. After using an iPad that explains olfactory families, customers smell the unbranded scents and choose their favorites. The iPad then reveals the scent, explaining its olfactive characteristics and giving more information on the product, including prices and ancillaries. “What we love about the concept is that we’re engaging guests in a sensory-emotional context, apart from the brand name and marketing,” he said. “There is an important commercial side to the fragrance world, but there is also an underlying sensory experience that isn’t being told properly. We want to supplement, not replace, with the sensory part. It opens the doorway into new fragrances, and we think it’s a potential retail game-changer.”

The next store to get the Fragrance Flight Bar will be Montreal’s St. Catherine’s location in June. “That store will have the same sort of scale and design wow that the Manhattan stores have,” he said. Toronto’s Eaton Center will also be completely updated this year, said Suliteanu. Going forward, the retailer will adapt a version of the Fragrance Flight Bar that will eventually be put into all stores.

The retailer’s Ready Set Polish fixturing emphasizes the burgeoning nail business. “Nails have become such a significant business for us over the past few years,” he said. “The pace of innovation is accelerating, as is our business. At Union Square, for instance, we added eight play stations, which will showcase one look, offer a video tutorial on how to use it, a flat surface with testers that allows you to try it and product nearby to buy it. It’s a wonderful enhancement to our basic nail business.” BB creams are another exploding category, and Suliteanu thinks the next big thing for Sephora could be the foundation category. “A number of brands and products are getting into that space,” he said. “It feels like the beginning of something.”

As for services, Suliteanu espouses the “teach a man to fish” concept when it comes to beauty: “I see the teaching element becoming more front and center,” he said. “Our personal beauty advisers will spend up to two or three hours with a client, and the fee is redeemable in products. We’re focused on how we can impart that objective expertise to consumers.”

Suliteanu also emphasized that in addition to the real estate additions, the retailer continues to expand its investments in hiring and training employees. “It’s one thing to put a lot of capital into a building and bring it up to current thinking,” he said. “But if your service commitment isn’t just as aggressive, you’re only ticking half the boxes.”

Sephora is planning a number of SoHo events this week, including an appearance by actress Megan Hilty today from noon to 2 p.m. to celebrate the launch of the Hello Kitty Big Pink Bow Collection and personalized beauty assessments by New York performance artists Gill and Jill Bumby also today from 5 to 7 p.m., Saturday from 3 to 5 p.m. and Sunday from 3 to 5 p.m. As well, Sephora employees will offer complimentary hair, makeup, skin care and fragrance services, with pictures that will be streamed to the live installation on the store’s front windows. The installation is intended to be a living art piece reflective of the neighborhood’s attributes, including images of neighborhood landmarks, architecture and street signs that will be juxtaposed with photos and video of clients, said Suliteanu, adding it will be punctuated with real-time social messaging.