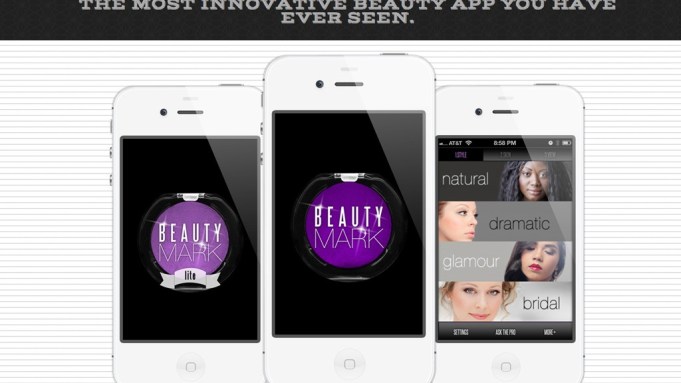 NEW YORK — Consumers are doing it for themselves.

At a time when retail chains such as Target and Walgreens are ratcheting up service in beauty, shoppers are turning to the Internet and smartphones to learn how to achieve everything from a cat-eye look to the latest nail design.

These more-educated consumers are changing the complexion of service in retail stores from “show me how” to “show me where” to find the products used on sites. Although traditional marketing vehicles will always have a role, more consumers are tuning in for product advice.

There appears to be no letup in consumer demand for how to get looks, as underscored by L’Oréal’s Carol Hamilton, president of the luxury division, last May at the WWD Beauty Summit, where she regaled the audience with stories of how often she’s asked about her favorite products or how to create a specific makeup look.

Tutorials are hardly a new phenomenon — E.l.f. Cosmetics built an online business model by teaching consumers how to use its products and major brands — including Maybelline, Lancôme, L’Oréal, Cover Girl and Revlon — have videos highlighting products. Retailers, paced by Sephora, also offer online how-to lessons. And bloggers populate the Web with beauty tips.

But executives at several social media sites hope to distinguish themselves from the pack through slick online marketing expertise, brand agnostic recommendations that straddle mass and class and mobile apps.

A case in point is Preen.me, a fast-growing social platform created by husband-and-wife team Haggai Klorman, chief operating officer, and Tamar Yaniv, who holds the chief executive officer title. Yaniv has vast digital experience with a focus on the gaming industry (which, according to the duo, was easy to translate to beauty in social and digital-engagement tactics) while Klorman’s expertise centers on operations and transactional deals. Contributing beauty experience is Danya Klein, who held marketing roles at Estée Lauder, L’Oréal and Coty, and is leading business development.

“The Preen.me Blog is a natural extension of our platform,” said Yaniv. “We can create micro-stores in an editorial way — such as focusing on a trend or a lifestyle beauty issue like tired eye or wedding makeup, but keep it 100 percent about the looks or how-to videos uploaded by our members.”

Preen.me began as a Facebook page called Beauty Addicts, evolving into a full scale Preen.me Web site in June 2012. On average, a Preen.me post on Facebook nets almost 4,000 likes, gets nearly 400 shares and hits more than 150,000 people. With a goal of remaining nonpartial, Preen.me is introducing collaborations with select partners, offering brands direct access to its large, engaged and sharply targeted audience. The company’s database will provide brands with product usage and other information that can be used to build awareness for product launches that drive traffic. “As a third-party site, we generate a lot of trust,” said Yaniv, who presented data that revealed Preen.me has more users who are engaged over seven days than Lancôme, Sephora, Essie, Estée Lauder, MAC and Urban Decay.

For CK One color cosmetics, the brand’s global makeup artist, Jodie Boland, showcased celebrity looks, product picks and advice to the Preen.me community via the Preen.me platform and blog. CK One’s goal, said Preen.me executives, was to create branded social content geared toward peaking audience engagement around the new color cosmetics. CK One was seen by three million and nabbed 10,000 likes (versus a typical Calvin Klein Facebook post of 4,000 to 6,000 likes). Next month, Preen.me teams with Lancôme eye products that will be mailed to the site’s top makeup artist contributors to generate viral looks around Lancôme on the Preen.me platform. Now the beauty industry can say, “There’s an app for that.”

Professional makeup artist Hope Henderson was constantly asked how to recreate her makeup looks, especially after working with bridal parties. Challenged with a way to communicate advice, Henderson considered a booklet that evolved into an app called Beauty Mark. The benefit of the app, she said, is users can actually see a makeup look with almost 200 different eye, lip and cheek looks while also tapping into product recommendations used by makeup artists. There’s more than 180 how-to videos available for download in iTunes for $2.99 and a Beauty Mark Lite version with 30 videos for 99 cents. “I wanted this app to be something women could use every day so they could experiment with things they never would think of trying on their own,” said Henderson. “Providing them with step-by-step videos and detailed instructions makes trying the look easier and less intimidating.”

Some categories lend themselves to apps — especially personal areas such as Botox consultation. To that end, Allergan created a tool for physicians and patients such as the iVisualizer to illustrate the results of Botox. The Allergan iConsult app for iPad, which can be downloaded at no charge on iTunes, offers physicians a unique way to consult with patients about Botox Cosmetic treatment. Patients can also use the app to test their knowledge about Botox Cosmetic in an interactive format. Moreover, the iVisualizer tool enables patients to picture their own potential Botox Cosmetic treatment results in real time. Using this simulator, consumers can take a picture of their glabellar lines, or frown lines, and visualize what they may look like after treatment.