More contemporary shoppers are buying on the Web, whether for a deal from Bluefly.com or the new young designer collection from Shopbop.com. 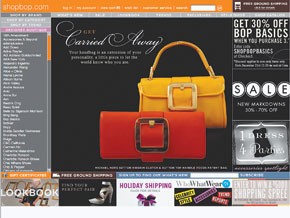 More contemporary shoppers are buying on the Web, whether for a deal from Bluefly.com or the new young designer collection from Shopbop.com.

Online sales of apparel, accessories and footwear are projected to total $22.1 billion this year, up from $18.3 billion in 2006, according to a Shop.org report from Forrester Research. The study revealed that 10 percent of all apparel sales will be made online this year, compared with 8 percent last year. The increase was attributed to more retailers launching shopping Web sites.

And contemporary firms, especially those that want to remain on the cutting edge, have discovered there is lots of business to be done on the Web, though some have faced challenges.

“People are more comfortable buying online than ever before,” said Erin Crandall, head buyer at Shopbop. Citing her site, as well as Bergdorf Goodman and Barneys New York, Crandall said: “Customers trust the buyers and know they are going to get great quality and style. They can take that chance online.”

Newly launched collections have performed well, she said. For example, many pieces from Thayer, a New York-based contemporary dress brand that prides itself on offering sexy but simple shapes, have been selling briskly since launching exclusively on Shopbop for fall. The site also features labels such as Diane von Furstenberg, Ella Moss, Generra, Milly and LaRok, among others.

“And I really think that customers like that, they can’t get [Thayer] anywhere else except for on our site,” she said.

Overall, Crandall said sales are up over last year with “double-digit increases.” She expects that trend to continue as more shoppers find it easier and more convenient to shop via computer.

In addition to Shopbop.com, Web sites such as Net-a-porter.com, Shopintuition.com and Revolveclothing.com have become important players as multiline, contemporary online stores.

Randi Evans Siegal, owner of three contemporary shops called Rapunzel’s Closet, all of them in Palm Beach, Fla., said her Web site, shoprapunzels.com, brings in more volume than her freestanding stores combined. Sales are up by 25 percent compared with last year and she expects to reach in excess of $3 million in sales volume by the end of this year.

“We’ve noticed so many more people placing orders at night, when most people used to place their orders during the day while they were at work,” she said. “I think that’s because it’s less expensive to get high-speed Internet service at home, when they really only used to have it at the office.”

Although many of her brands sell well online, Evans Siegal said Juicy Couture is still a favorite.

“We purchase a tremendous amount of [size] XL Juicy Couture hoodies, which we do really well with online,” she said. “Apparently, it’s a really popular size and hard to find elsewhere.”

Evans Siegal said she also stocks the site with more product than can be found in the stores.

“Since the stores are in Florida, we don’t stock them with much for winter,” she said. “But we sell a lot of it online.”

Evans Siegal also sells maternity apparel on the Web, for which she doesn’t have the floor space in the stores. She plans a relaunch of the site next month after a redesign with easier navigation and a more sophisticated appearance.

Stacey Pecor, owner of the four Manhattan-based Olive & Bette’s stores, also runs oliveandbettes.com, and while Pecor said having an online presence is essential, she has found the Web store to be a challenge.

“We took a really strong stand in the beginning and hired someone just to work on the site,” she said. “What we learned is that we really are not Internet people over here.”

She said that in order to successfully run a Web store, she needed more infrastructure. For now, only limited items are available online.

“We do still sell online, but we just can’t compete with price or depth of product,” Pecor said. “This is especially a challenge since so many designers are beginning to launch their own sites. At its best, our site accounted for about 3 percent of our business. It’s just a completely different way to do business.”

Contemporary designers are taking the Web more seriously and launching their own e-commerce sites. Jodi Arnold, founder and creative director of contemporary line Mint Jodi Arnold and the higher-end contemporary brand Jodi Arnold Collection, said her push into cyberspace has been positive for overall business.

“The Web really is the future of retail, so you just have to be in it and ahead of the game,” she said.

Since launching in April, Arnold said the site has helped business in different ways. Besides a jump in sales volume, Arnold has been able to directly reach her customer as shoppers have provided feedback and consistently asked her for things they want to see from the brand.

“It’s been nice to see where our repeat customers are coming from, and because of the site, we’ve been able to broaden our distribution worldwide,” she said. “Suddenly, we have a large amount of orders coming in from Australia.”

To make sure the customer gets an online experience that parallels a store visit, Arnold said she pays close attention to how the orders are packaged and even writes a personal hand-written note to thank each customer for their order. She also offers style advice to customers who write in online and discounts to those ordering a large amount.

“In order to stay in this, we are always thinking of new ways to engage our customers online,” Arnold said. “It’s been a great experience and I’m looking forward to the future of this part of the business.”

Other brands, such as Betsey Johnson, Juicy Couture, Nanette Lepore, Tibi and Rebecca Taylor, all sell their designs online.