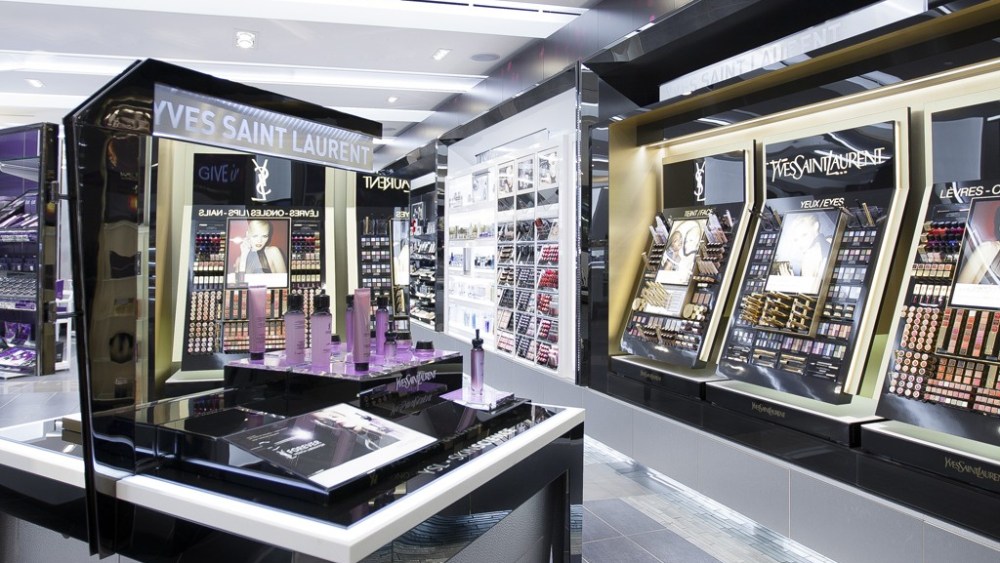 NEW YORK — Loblaw has always been associated with premium private-label foods such as its President’s Choice. Now the Canadian powerhouse can also add luxury beauty brands — Chanel and Yves Saint Laurent — to its shopping basket.

With its $11.93 billion acquisition of Shoppers Drug Mart, Loblaw Cos. Ltd. nabs a thriving pharmacy business, a small store format to grow in urban markets, a 10 million member strong loyalty program base and what many consider the best drugstore beauty retailer in North America.

The retailer’s latest prototype for the upscale beauty store, which has been re-branded BeautyBoutique by Shoppers Drug Mart, will open in August in Toronto’s Eaton Centre. It is modeled on a test boutique that Shoppers opened late last year in Toronto’s Bayview Village shopping center.

The amped-up BeautyBoutique has an expanded cosmetics assortment that includes Chanel and Yves Saint Laurent — two brands previously only available in Shoppers’ freestanding Murale stores — as well as upgraded fixtures, digital signage, more testing areas and a fragrance sampling station. Space devoted to beauty has more than doubled since the original boutique: The department now covers 4,000 square feet in the Bayview store.

“It is fitting we opened the new BeautyBoutique in this store, because Bayview is where we opened our first boutique” said Domenic Pilla, president and chief executive officer of Shoppers, a chain of the 1,240-plus stores. Currently, more than 25 percent of Shoppers units have a BeautyBoutique and the updated format will be rolling out to additional locations in the future.

“We’ve always pushed the envelope when it comes to beauty,” added Pilla, who said Shoppers is the market leader in mass and prestige cosmetics, fragrances and skin care throughout Canada. The retailer also operates six stand-alone upscale beauty stores called Murale, although the focus now is on the store-within-store concept.

Shoppers’ efforts to put an emphasis on beauty appear to be paying off. For the first quarter of 2013, cosmetics were cited as one of the categories contributing to a 4.3 percent climb in front-of-store sales. This is notable as it is in contrast to U.S. retailers that are struggling to meet sales goals of nonpharmacy merchandise.

The vast selection coupled with high levels of service separate Shoppers from traditional drugstores. “Our beauty offering has really revolutionized the way Canadians shop for their beauty purchases,” said Pat Dean, senior vice president category management. “We have seen a positive lift in sales growth year to date in the prestige, fragrance and mass color business. We are also seeing a positive lift for summer with the prestige category leading,” said Dean.

Beyond the selection, which recently expanded to include Urban Decay and Origins, Shoppers’ beauty advisers are credited with making BeautyBoutique a destination. “Our advisers are well trained and unbiased,” said Cathy Masson, vice president of cosmetics. “We see that as a competitive advantage.” There are multiple advisers staffing the department at all times.

While U.S. retailers only recently began to add lighting in display fixtures, BeautyBoutique is not only illuminated, but also accented with unique materials for a drugstore including sleek titanium and warm woods.

Mass products are separated by a wall, but are easily accessible for customers who prefer to cross shop, noted Masson. In fact, Shoppers’ research indicates that 40 percent of Canadian women purchase both mass and prestige cosmetics. Capitalizing on the nail craze, there is a large nail color display. The fragrance department is large and well stocked primarily with premium brands. “We did not see a let-up in fragrance sales over the years and our fragrance business is as strong as ever,” said Masson.

As part of the revamp, Shoppers also updated its Web site with more interactive features, including product advice from five beauty advisers as well as a brand finder to help consumers identify which locations carry the specific brands they want. The Shoppers Optimum loyalty program, said Dean, is important to building beauty sales and is used to alert shoppers to specials and new items. Shoppers’ marketing efforts also include extensive use of print press, billboards and social media. The retailer has long been recognized as being at the forefront of selling premium beauty products in a pharmacy setting. It offered brands such as Vichy, Avene and Lancôme long before other retailers had access to them. Shoppers’ stores, in fact, were the models for various efforts in the U.S., including Duane Reade’s Look Boutique. However, while American mass merchants have yet to nab a true department-store brand, Shoppers continues to add more.

“The drugstore industry has been perceived better in Canada,” said industry consultant Allan Mottus. “Also, the French beauty lines are a bigger percentage of sales in Canada because of the French heritage there.” Twenty years ago, many prestige brands distributed to Shoppers because there weren’t as many department store competitors. But even with the growth of more upscale beauty merchants in Canada, Shoppers has lured prestige brands on its stores’ volume and distinguished customer service.