Just like their U.S. counterparts, European retailers are waiting to see whether the holiday shopping pageant will be a comedy or a tragedy as the season...

By Robert Murphy and Nina Jones and Damien McGuinness and Francesca Vuotto on December 12, 2007
View Slideshow 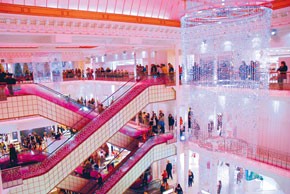 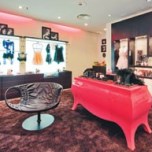 PARIS — Just like their U.S. counterparts, European retailers are waiting to see whether the holiday shopping pageant will be a comedy or a tragedy as the season heads to a denouement.

Poor business has led many to discount earlier than usual, strikes have disrupted shoppers in France and Italy and rising fuel costs and trepidation over global financial markets have dulled consumer confidence. French consumer confidence, for instance, dipped in November to the lowest level in almost two years, according to the national statistics office here.

Retailers in the United Kingdom, though expected to fare better than most Continental ones, are feeling pressure as well. Selfridges, Gap, Warehouse and Coast all e-mailed discount vouchers to customers early this month in a sign of their anxiety about traffic in their stores.

“Promotional activity and discounting is both in evidence and increasing,” said Martin Davies of Experian, which owns Footfall, a U.K. retail traffic monitor.

“People want sales,” continued Charbit. “We had a special 40 percent one-week sale for preferred clients. That was good. But it’s over.”

“We have had a difficult start because of social issues,” said Severine Merle, the image and commercial director at Paris specialty store Le Bon Marché, referring to the strikes. “But we think and hope sales will keep on increasing.”

At Galeries Lafayette, president Paul Delaoutre said the strikes in November cost the store 20 percent of typical sales. “We expect to recover about 50 percent of this loss [in the countdown to Christmas],” he said.

While the workers have returned to their jobs, the specter of another wave of strikes in France hangs over retailers like a sword of Damocles. Unions continue to negotiate with the government over modifications to worker’s retirement plans —with neither side looking ready to cede ground and an agreement far from hammered out.

Luxury remains the bright spot for most retailers. Still, some stores reported that the high-end bag business had diminished, replaced, to some extent, by a migration to fine jewelry and watches.

“It will be a Christmas for jewelry and watches, much more than bags,” said Merle of Le Bon Marché. “The products which are selling well are fine jewelry and medium- and high-range watches.”

“Customers don’t want the old ‘It’ bag anymore,” said Charbit of Printemps. “They want novelty and there aren’t many new ‘It’ bags. Our increases are in jewelry and watches. Ready-to-wear, cosmetics and fragrances are all weak.”

At Galeries Lafayette, Louis Vuitton is generating the store’s most robust business. Women’s shoes, lingerie from the likes of Princess Tam Tam and Wolford, and robot toys have sold well, too. “The very good trend we had going before the [transport] strikes has returned,” said Delaoutre.

Similar optimism — if somewhat guarded — is percolating elsewhere. “The stressful atmosphere [of the strikes] will soon fade away and be replaced with a merrier spirit,” said Merle at Le Bon Marché. “If we don’t have to go through another strike period, we should have a good Christmas selling season.”

Merle said the arrival of cruise collections from Jil Sander, Marc by Marc Jacobs, See by Chloé and Celine have all helped boost sales of rtw. “Our best customers want novelty,” she said, adding that Rick Owens, Moncler, Azzedine Alaïa, Marni and Balenciaga have been hot brands as well.

And in the last two weeks, shopping in London has finally swung into high gear.

Oxford, Regent and Bond Streets all were cordoned off to traffic in order to encourage shoppers. “More than 100 million pounds [$200 million] was spent and over 1 million shoppers visited [the areas],” Jace Tyrrell of the New West End Company, which represents retailers on the aforementioned streets, said of retail traffic the first weekend of the month.

A spokeswoman for Topshop said the chain’s Oxford Street flagship had “record traffic” over the weekend. And a spokeswoman for Selfridges said the store “smashed all sales targets,” during the pedestrian weekend.

As in the U.S., tourists in London, especially from Russia and China, have helped drive the luxury business, retailers said.

“They tend to be high spenders,” said Tyrell. “The U.K. consumer will inevitably experience a slowdown, so we are looking to international customers.”

Fashion-oriented, high-end stores seem to be faring best in Britain.

“The last weekend in November has already been visibly busy, and the first weekend in December was well ahead of last year,” said Niki Scordi, managing director of London boutique Browns. “Despite suggestions that the housing market may slow down, this has not affected the spending of our clients to date and we don’t expect it to affect Christmas shopping.”

Scordi added that fashion jewelry by Yves Saint Laurent and Bottega Veneta had sold strongly, too.

Another trend so far this holiday is customers’ desire for uniqueness. Rebecca Haynes, personal shopping manager at Harvey Nichols in London, said designer brands exclusive to the store, such as Erin Featherston, Rodarte, The Row by Mary-Kate and Ashley Olsen and Jonathan Kelsey, have been hot.

“This season there is a trend toward statement pieces such as fabulous coats, shoes and cuffs and necklaces, and bags continue to be strong sellers,” said Haynes. “Trading continues to be buoyant and we look forward to a strong Christmas trading period.”

In Germany, there was similar optimism from department stores, despite a possible economic slowdown.

“We are enjoying a good season so far,” said Petra Fladenhofer, spokeswoman for the department store KaDeWe in Berlin. “Although admittedly that probably has a lot to do with our 100th anniversary, as a lot of our special editions, such as gold crockery designed by [Bauhaus architect] Walter Gropius, are selling well as Christmas presents.”

Leather goods are also selling well, and cashmere pullovers are a big theme right now, which Fladenhofer sees as proof of a move away from transient throwaway goods. “The luxury segment is in great demand because we are seeing a growing desire for goods which reflect permanent values,” she explained.

High spending in winter also depends a lot on the weather in Germany. A mild winter at the end of 2006 meant sales of coats and sweaters were lower than hoped, but a cold spell this November has led to a boost in sales of coats.

In Italy, La Rinascente ceo Vittorio Radice said the “sales trend is good at the renovated Piazza Duomo store.” But he admitted sales were lower than initially anticipated.

“We are optimistic,” he said, noting that accessories, cashmere scarves, gloves, wallets, belts and bags had been the best-selling items so far. “Design objects, especially from Northern Europe, are strongly requested for home decor,” he said. Radice added that special fragrance box sets and gadgets like Nabaztag, a talking, computerized rabbit, also have been popular.

“We have great expectations for this Christmas and hope to achieve, or exceed, last year’s sales record,” she said. “So far we did good sales on Christmas decorations, so it’s reasonable to expect good results with Christmas gifts, too.”