In addition to the location at The Shops at Crystals in Las Vegas, the brand is searching for space in Manhattan for a New York City flagship. 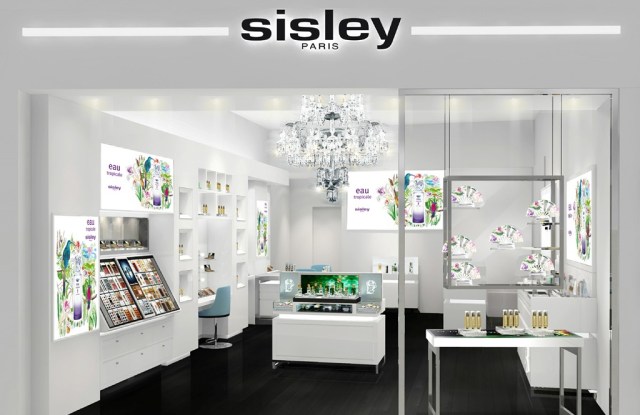 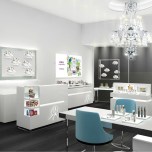 The 750-square-foot space will open May 17 at The Shops at Crystals in Las Vegas. As well, the brand is searching for space in Manhattan for a New York City flagship.

“Previously, Sisley had no distribution in the center of Las Vegas and no stand-alone boutiques in the U.S.,” said Jim Maki, executive vice president of Sisley U.S. “The Shops at Crystals has a unique luxury position within Vegas’ shopping areas; we felt it was an opportunity we could not pass up. Also, for us, it’s exciting because we can control everything about the consumer experience.”

Maki noted that the space, which will feature the brand’s full array of skin care, color cosmetics and fragrances, was designed “to provide an indulgent and highly sensorial shopping experience with areas for private skin-care consultations and full makeup applications.” A spa cabine is part of the layout as well, and will feature Sisley’s radiance-enhancing and antiaging facial treatments.

The space was influenced by the Left Bank Paris home of founder Hubert d’Ornano, said Maki, and the design was overseen by Madame d’Ornano. Floors are of varnished oak, while product displays are in bright white Corian embellished with an orchid emblem, giving a nod to Madame d’Ornano’s favorite flower. Accents come in the form of soft-blue upholstery and light-green mother-of-pearl tiles. Madame d’Ornano selected the French crystal chandelier, which is a centerpiece of the space.

“This new boutique location is not a strict reinterpretation of Sisley’s Parisian-influenced worldwide design codes, because the family felt that Las Vegas is so unique that it requires a special design,” said Maki.

The brand launched its first U.S. dot-com site, sisley-paris.com, on Dec. 1. “We wanted to launch a site that was luxurious and delivered products in the same exceptional way you can get them in stores,” said Maki. “We’re only in about 105 doors in the U.S. — selected Saks Fifth Avenue, Neiman Marcus, Barneys New York, Nordstrom and Bloomingdale’s doors; Sisley bowed in Barneys New York’s Manhattan flagship in March. “The Web site has given us the opportunity to significantly widen our reach in the U.S.” Maki noted that the Web site is currently “exceeding expectations.” While he refused to give numbers, industry sources estimated that the Web site is on track to do about $2 million in retail sales during its first 12 months of operation.

While Maki also declined comment on the boutique’s projected revenues, industry sources estimated that it could do upward of $1 million in its first year of operation.

The brand is also now rolling out several products that are specifically targeted at bringing younger consumers into the mix. “SisleYouth is formulated for the very first signs of aging,” said Maki. “This day and night moisturizer and antiaging treatment in one is ideal for women in their 20s and 30s. Phyto-Lip Twist is a lipstick, lip gloss and lip balm in one oversized crayon that goes on like a lip liner. The coverage is buildable, from a light gloss effect to more pigmented lipstick coverage. And Phyto-Touch Illusion d’Eté — offers a natural bronzing effect delivered through a gel-powder hybrid texture. It glides on skin and melts into the complexion to deliver the most natural looking sun-kissed effect possible.” Similarly, Eau Tropicale, the brand’s new fragrance, is a fruity floral with notes of hibiscus, passionflower, frangipani, ginger, tuberose, Turkish rose and violet, a mix that Maki thinks will appeal to younger fans of the brand.

SisleYouth retails for $198; Phyto-Lip Twist for $50; Eau Tropicale for $169 for a 3.4-oz. eau de parfum, and Phyto-Touch Illusion d’Eté for $115. Maki declined comment on sales projections, but industry sources estimated that the four new products could do a combined $4 million at retail in their first year on counter.