Retailers may see gift card and internet sales rise because of the snow storm, but there's uncertainty over whether they'll make up lost sales. 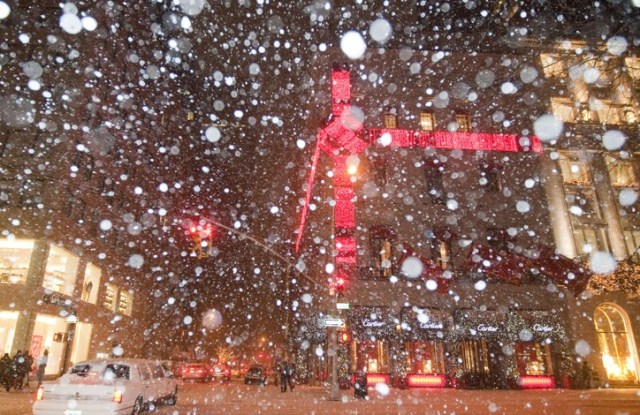 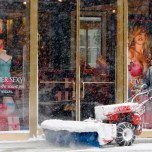 Retailers are expected to extend their shopping hours and step up promotions over the next few days in order to recoup some of the shopper traffic lost this past weekend in the Northeast’s first major winter storm.

The storm dropped up to 16 inches of snow in a swath of the Northeast ranging from Washington to Boston.

The timing couldn’t be worst. Super Saturday, the last one before Christmas, vies with Black Friday, the day after Thanksgiving, as one of the biggest shopping days of the season. Typically about $15 billion in sales occurs on Super Saturday, according to Planalytics, a service providing weather information to retailers.

Walter Loeb, a retail consultant at Loeb Associates and former retail analyst, said, “Super Saturday is a big shopping day, and retailers figured to gain an extra 1 to 1 1/2 percent more in sales. A lot of people who planned to go shopping over the weekend will probably switch to gift cards.”

Jeff Van Sinderen, senior analyst at B. Riley & Co., said, “I believe we will see that it had a substantial negative impact on sales for this critical weekend. I do not believe that those sales will be made up.…Thus, what appeared to be lean inventory at many retailers may not feel so lean at this juncture and incremental promotions/heavy discounting, albeit still less severe than last year in many cases, will still be needed to clear merchandise in some slower-selling categories after Christmas.”

John Kokinchak, executive vice president of property management of Developers Diversified Realty Corp., said, “Comparing this Super Saturday from a year ago, we saw an increase in sales and traffic in the majority of our centers.…We saw on Saturday an increase in the gift card sales at our centers that offer them for use throughout the mall. They posted enormous double-digit increases at the end of the day.”

Relish, an upscale boutique located in the Georgetown neighborhood of Washington, closed early on Saturday in the middle of the storm, but extended its hours to open on Sunday at noon, a day the store is typically closed, said Nancy Pearlstein, the owner.

Lee Cote, a principal at Gordon Brothers, said it was still busy at 9:15 p.m. Saturday in Boston’s South Shore Mall. “I do think people were out today in mass trying to get things done,” Cote said. She added that on Saturday she saw “a lot of gift card buying today, Barnes and Noble, Macy’s, Talbots, Target. This should continue to mean a busy after Christmas selling week.”

Target Corp. said Sunday morning that it would extend hours at stores in areas affected by the storm for most of the week.

A spokesman for the National Retail Federation said, “It’s not an ideal situation for retailers located in the Northeast, but those that have Web sites have been offering discounts on expedited shipping to get people to shop online.…We’re hoping they’ll replace most sales later in the week.”

So how much will retailers be able to make up in the four weekdays that are left, or will the white weekend put some retailers in the red?

“You never get the volume back. We’ll probably see some shift toward online shopping, although consumers might have to pay premiums to ship in time for Christmas,” said Bill Lewis, executive vice president at Karabus Management.

Candace Corlett, principal partner in WSL Strategic Retail, said, “The shift to Internet sales might very well make up the difference, but that will also shift the whole retail sales scenario. Many will go to Amazon.com to shop or to sites of specific brands. It’s not like Macy’s will see the same traffic as if consumers had gone to a Macy’s store,” Corlett said.

Already some stores are pushing promotions. According Ivan Friedman, president and chief executive officer of RCS Real Estate Advisors, Saturday’s business at RCS’ malls and outlets saw a decrease in traffic by 30 percent, with business in general down 35 percent. “That’s nationally, not just East Coast,” he said. “We’re hearing that sales at specialty apparel retailers are off 30 percent to 40 percent from last year. On Sunday, we were getting reports that in our malls and outlets, greeters at the stores were offering 40 percent off in many [full-price] stores and up to 70 percent off in the outlet stores. The promotions are starting and they’re really being rolled out now.”