Bush will play a pivotal role in the site's next strategic phase of growth.

Sophia Bush, the 38-year-old actress, activist, director and producer, has been named co-founder and member of the advisory board at Fashionkind, a website that offers designers and products in sustainable luxury. She is also a shareholder in the business.

Nina Farran, chief executive officer, established Fashionkind in 2018 as an e-commerce platform for “impact luxury,” high-end ready-to-wear and accessories made in such a way that has a positive impact, whether through the use of sustainable materials, empowering women or preservation of craft. The platform prioritizes showcasing brands of color, particularly from Latin America, as well as brands that support artisans in producing their lines.

Bush is expected to play a key role in the site’s next strategic phase of growth.

“Together, Sophia and I believe that Fashionkind is positioned to set the new standard for the luxury shopping experience. Particularly at this moment in time when consumers are seeking a more meaningful and emotional connection, and [to] make a difference with their pocketbooks,” said Farran.

Bush is known for her TV roles on “One Tree Hill” and “Chicago PD,” as well as her activism in education reform, environmental justice and women’s rights.

Through Fashionkind, she seeks to effect change in the areas about which she is passionate, and to use her platform to shift attitudes within the fashion industry and among consumers.

“I want to offer a megaphone to Fashionkind and its brands,” said Bush. “But I also want to engage in the wider conversation of changing our relationship with consumption and our relationship to the things we value and invest in.”

“At the end of the day, $2.4 trillion changes hands around the globe every 24 hours, if we don’t begin to reallocate where and how that money is spent and what ways people understand the power of that money in terms of impact strategy, we’re not going to create the kind of change we want to,” added Bush.

One of their first initiatives will be to form the Kind Committee, a group of like-minded women in the fashion industry who will act as ambassadors for Fashionkind and engage in the discourse around fashion’s impact. They also plan to foster a community for designers and artisans to share suppliers, material innovations and other resources.

Bush said she was introduced to Farran in 2018 by a classmate of Farran’s at the University of Pennsylvania who worked at CAA. She told him she was building an advisory board and Bush stood out to her as an authentic individual. “I always felt this kind of connection, and felt we would get along,” said Farran. They met, and the next morning Bush called Farran and said she wanted to help build this.

Bush originally was going to disclose that she was taking on a larger role in the spring, but with the pandemic, they decided to keep the entrepreneurial goals low profile.

“We pivoted into immediate response to take care of our artisans and work on programming and projects that could help to sustain a lot of the art we carry on the site such as Latin American designers, artisans and textile workers and people who were being decimated by the pandemic,” said Bush. “To be honest, I think it’s very hard to highlight a silver lining, [but] the way Nina was asking to go into triage and support really signaled to me I made the right decision in choosing to partner with someone in the business world,” she said.

Farran said when COVID hit, so many retailers who operate on the wholesale model ended up canceling orders. Many designers had never invested in their e-commerce platform. When their partners canceled orders, they had all this brand new inventory and no way of moving it. So Fashionkind offered them a home on their site.

“What’s unique about our business model, we’re drop ship platform, we can sync with designers who have e-commerce platforms or if they don’t. We can give them a virtual home if they don’t have one,” said Farran. Fashionkind partnered with the Sí Collective on the ground in Latin America. “There’s so much design coming out of this space, but our goal was getting these designers on our platform. It’s been a wildly successful initiative,” said Farran.

Fashionkind features upwards of 70 designers on the Web site and in the categories of women’s ready-to-wear, accessories and fine jewelry, and are starting to introduce home as well. The site features a broad range of merchandise from colorful mules, bags and bangles to dresses, jackets, boots, scarves, and kimonos from around the world.

According to Bush, “I’ve always had this internal tug of war over the love of fashion also knowing as a longtime environmental activist, that fashion is the number two most polluting industry on earth. For years, I’ve sat on summits and taken meetings and looked at what people are doing. What’s clear is the industry needs to change from within.”  She got excited to see that Farran was approaching the business from a high-fashion standpoint which runs counter to what people think sustainability is about. “If you can shift luxury and begin creating a relationship in terms of quality, that’s feels powerful,” said Bush.

“What I’ve learned in my years in the entertainment industry, is a dollar is a vote and it’s a vote that changes culture. Really feeling that someone is looking at fashion to better it and change it,’ said Bush.

Bush applies that lens whether she’s working on vaccine education or talking about how things are made from the web site. “The designers and makers on Fashionkind offer this treasure trove of materials for storytelling. The quality of the product and the process can be incredibly illuminating and have a story connecting the people and place they come from. I think the consumer and maker relationship, we have barely scratched the surface,” said Bush.

They plan to do videos on on the ground, feature behind-the-scene images and discuss impact categories to which the designers connect.

“It’s about leveraging Bush’s network and social media channels and what her favorite pieces are and why,” said Farran.

On Fashionkind, consumers can shop not just by categories such as dresses, blouses, resortwear and knits, but by impact categories such as women’s empowerment, sustainable materials, vegan, artisan craft and Made in America, or regions as well. “It’s about taking what exists and transforming it into what tomorrow’s consumers want. They don’t want generalists, they want specialists. They want brands that reflect their personal values. They want craftsmanship. For us the new luxury is a story behind the product is just as beautiful as the product itself,” said Farran.

Fashionkind is targeted to the luxury sector. The products on the site come from such countries as Brazil, China, Costa Rica, Ecuador, Peru, Japan, Mexico, U.S., Spain, Peru, Venezuela and Israel, as well as the U.K. 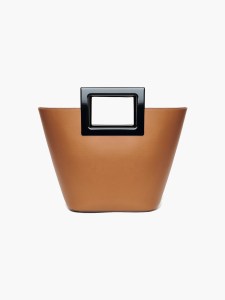 The site holds no inventory. As soon as the order is placed, it goes directly to the designer, who sends it to the customer.

Since its 2018 launch, Fashionkind has relied on organic growth and word of mouth through customers and designers. They have primarily used social media and an e-commerce newsletter. They are gearing up for a capital raise that will help with paid marketing and to expand their team in 2021.

During COVID-19, dresses were their number-one seller. They have an increasing customer base in the Middle East, Australia and Western Europe. Many customers have purchased wedding dresses and certain customers come for custom gowns. Overall, the average retail price on the site is $550. Farran noted that the site had its greatest performance during the pandemic, and had increased traffic and revenues.

Among the bestsellers have been the Leal Daccarett Taroa dress from Colombia for $2,865, the Zazi vintage Suzani coat from Afghanistan for $1,830, a Pili Restrepo Noora ring in Lapis Lazuli from New York City for $1,740, the Marina Raphael Riviera bag in caramel from Italy for $1,265, Monica Sordo Ocumare long earrings from Peru for $490, the Eleven Six Venetia sweater from Peru for $298 and a Maria Mallol mohair maxi scarf from Spain for $286. 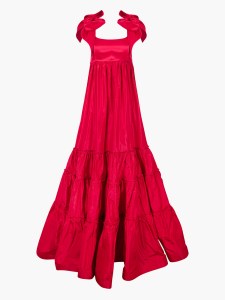 Farran noted that every designer they carry is first evaluated for fashion before impact. They look at design, quality and fit. “I touched almost every designer’s pieces, that’s really important to us. It’s largely relationship-based,” she said. 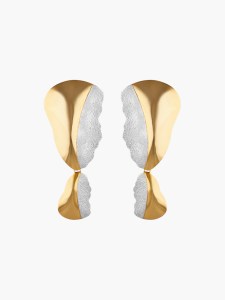 The designers suggest their prices. The merchandise changes at least monthly, when they upload new product. The photography is provided by designers, and Fashionkind gives feedback and direction. The site attracts customers anywhere from 18 to 74 and is targeted to the Millennial generation, as well as Gen Z. The sweet spot is a female in her early to mid-30s. 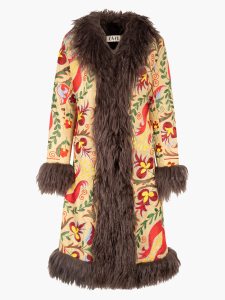 “This is not a niche platform,” said Farran. “We want to be drivers of real change in the industry by bringing back the true soul of luxury in human connection and the thrill of discovery.”