Price, aptitude and speed-to-market proved to be key. 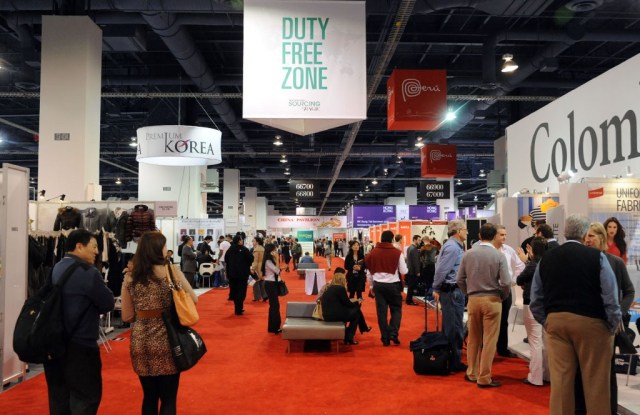 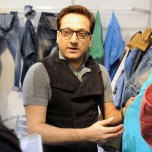 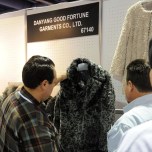 LAS VEGAS — Manufacturers that proved they could produce trendy fashion at a reasonable price held a distinct advantage at Sourcing at MAGIC’s most recent edition.

As consumers have been demanding trends such as prints, leather and fake fur, designers sought factories that could deliver them at the Sourcing expo held Feb. 12 to 15 at the Las Vegas Convention Center, where more than 800 exhibitors from 40-plus countries participated. Underscoring the argument that any little price break helps in a challenging economy, Sourcing highlighted countries such as Colombia, Ethiopia, South Korea, Peru and South Africa that would qualify as duty free for U.S.-based importers.

The American market is highly coveted among overseas manufacturers. China’s Texpert Holding Industrial Co., a specialist in men’s wool coats, participated in Sourcing for the first time in a decade, as it aimed to grow its U.S. sales to 50 percent from 20 percent. European-based fashion brands Zara, H&M and CnA rank among its top clients. Prices for its tailored designs, including a black wool, polyester and viscose car coat, start at $20 a unit, with a minimum order of 1,000 pieces.

Bangladesh’s Tahmina Denim Ltd., which works primarily with European brands including Okaidi, made its debut at Sourcing with an array of garment-dyed chinos and acid-washed black denim jeans, each costing from $6 to $15 to produce.

“Most of the buyers today are looking for fashion items,” said Anurag Chauhan, managing director at Tahmina, noting that while it’s been difficult to balance customers’ requests for lower prices with the rising costs of materials, the mood is improving. “Since Thanksgiving, the buyers’ sentiments are better.”

Coinciding with their upbeat outlook, buyers were also open to paying more for clothes that offer quality and value. For his premiere at Sourcing, Tushar Puja, head designer of India’s Tushar Group, displayed a variety of items featuring appliqués, discharged prints, embroidery and acid washes from his seven Bohemian-inspired brands. One popular style was an elaborate Russian peasant coat that integrated 12 meters of fabric, including printed cotton flannel, quilted polyester and acrylic fur. Priced at $22.69 a unit, the coat offers value, he said, and “people are willing to pay.”

For some customers, there is a limit to prices. China’s Tongxiang Mingchenshijia Fur & Leather Co. attracted several attendees, including Hale Bob’s Daniel Bohbot, with its purple belted mink vest. Yet Bohbot and his colleague deemed its $200 price tag too expensive, instead requesting a catalogue to peruse.

Exhibitors with lower-priced fake fur offerings fared better. China’s Danyang Good Fortune Garments Co. returned as an exhibitor after a two-year absence to a positive reception from customers interested in its fake fur coats and vests that cost $15 to $20 a unit. Popular styles included a high-neck leopard print cape with black leather buckles and an ivory Astrakhan-style coat made of cotton and polyester. Mandy Gao, an assistant at Danyang, said customers’ top concerns were price, style and material.

Speed-to-market is also vital. Los Angeles-based Trend Chasers, a first-time exhibitor at Sourcing, hoped to appeal to customers that value speed over price with its promise to fulfill orders in six weeks. Having manufactured clothes for its own brand, called XCVI, as well as private label pieces for Chico’s, Coldwater Creek, Theory and Joe’s Jeans, Trend Chasers specializes in making garment-dyed printed knitwear in its 60,000-square-foot factory in Los Angeles.

For example, the price for a blouse combining a sublimated watercolor print on polyester in the front and a polyester and rayon slub knit in the back, accentuated with fake mother-of-pearl snap buttons, starts at $13 a piece. In comparison to Chinese competitors, Trend Chasers co-owner Chris Myers said, “We’re not the cheapest guys.” What his company can offer is accountability to meet customers’ strict standards when it comes to working conditions and quality control.

“Being transparent, not being a sweatshop and offering great product comes with a price,” Myers added.