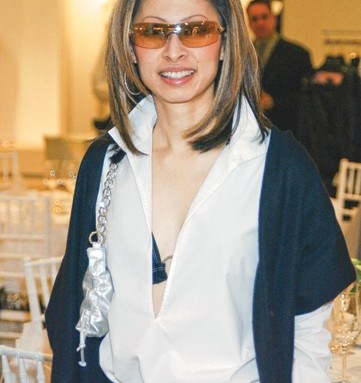 Less is in vogue — even in Texas. While the Lone Star State isn’t suffering in the recession as much as California, Florida, Michigan and other locales — with 6.7 percent unemployment in March versus the national figure of 8.5 percent — the downturn still has affected the previously free-spending habits of Dallas socialites. They still shop the high end, travel and party, but are venturing into their favorite retailers for specific needs and investment pieces and sometimes shopping their closets.

Natalie Chu
Chu is a native of Singapore, where her late grandfather Wee Kim Wee was president. She now lives in Highland Park with her husband, attorney Wilson Chu, and daughter. She was mulling the purchase of a $4,000 Roland Mouret gown last week when she spoke to WWD.

“I have to say that right now, shopping is a surgical strike. I’ll go to downtown Neiman’s if my salesperson calls me, but I don’t love trawling the [Dallas] malls. I do my best shopping when I travel to Singapore and Europe. That’s when my mind is more at rest and I’m not running to carpool. I love all the Chanels in Singapore — four in a one-mile radius and it’s younger and more fun and you get tax back. Ngee Ann Shopping Center is the best. I’m buying more investment pieces that I can wear a couple times and mix it up. I bought a black wool Chanel jacket that I can wear casually or with dress pants.

“You rethink your values. You get five invitations a day, and now I’d rather hang out here with my child. I’m volunteering more — I’d rather give back than keep spending money on myself.”

Jeanne Marie Clossey
Clossey’s charm and style have helped make her a leading Dallas fund-raiser, and she’s chairing her biggest project yet: four days of parties and performances to unveil the $320 million Dallas Center for the Performing Arts from Oct. 14 to 17.

“I definitely am shopping much less, and I’m not buying as expensive clothing as I did before. When you look at your portfolio and it’s half the value that it used to be — that’s daunting. And when you see how many people are suffering, an expensive dress doesn’t seem like the place where I want to spend my money. Plus, I have such a great closet that I’ve been shopping in. I realized I don’t need a new dress for every occasion.

“This spring I have cut my shopping by at least half, maybe three quarters. I bought three pairs of shoes — I cannot go without a new pair of [Christian] Louboutin shoes — but usually I might have bought six. Today, I bought a pretty Lela Rose dress at Neiman’s downtown that’s fun and reasonably priced and I can wear it a lot of places. I worry about fall because there will be so many social events, and I doubt I can slash my budget that much. I’m sure I’ll spend money.”

Tina Craig
Craig transformed her shopping obsession into a profitable blog via bagsnob.com. Her family resides at Craig Ranch, a community her husband, David, is developing in suburban Allen.

“Before the recession, I probably shopped once or twice a week, and now it’s twice a month because I want everything, so I’m removing myself from the situation. I shop at NorthPark [Center], Highland Park Village, Forty Five Ten and [Allen Premium] Outlets. I just bought five pairs of winter shoes at Last Call that were 75 to 90 percent off.

“I’ve probably cut back 40 percent. My husband basically said, ‘You take over your bills, or you will stop shopping,’ so I took over my bills. All the husbands were saying, ‘If you can’t eat it, don’t buy it.’ Women should be financially independent, and when you come home with loads of bags, your husband just helps you put it away. I used to hide my bags in the trunk and an argument would ensue. Now we don’t know what to fight about.

“I’m not cutting back on Hermès bags because those are investments, better than the stock market. I have a fund of CDs so when a great Hermès bag comes up, I go into my little fund and pay for it. Other people have college funds; I have an Hermès fund.”

Heidi Dillon
Dillon founded and leads the Fashionistas, a group raising funds to establish a fashion museum in Dallas. She lives in Dallas with her husband, Bill, a senior associate dean at Southern Methodist University, and their son.

“I am probably buying half of what I used to buy. I’m older and my husband is nearing retirement age, and with the shifts in the economy I became more chastened and circumspect about how I spend money.

“Dallas has always been a place where people love to get dressed and they dress well, but it has gotten a little more casual. Black-tie events that used to require a long gown have gone to a cocktail dress, like the Art Ball.

“I bought a number of dresses for this spring that are inexpensive, easy things to throw on, the sort of dressing where it’s not fussy and you don’t have to change your clothes three times a day. I like Diane von Furstenberg a lot — her prices are reasonable and it fits well.”

“I have definitely cut back. We’re in a recession, and I’m concerned because none of us know where this is going. We just got back from Africa, and it tore my heart to see the poverty there.

“For casual, my closet is overflowing with clothes that I took for granted before. Now that I’m more conscious, I take pieces and mix them up and it looks like a totally different outfit. My husband is always reiterating that he believes less is more.

“I still shop for events or special occasions. I go all over — Gregory’s [at Galleria Dallas], NorthPark Shopping Center and Tootsies. I throw in [inexpensive] stuff from Sam Moon Shopping Center, and I still get compliments on it.”

Kimberly Schlegel Whitman
Whitman is working on her fifth book on entertaining, but much of her time is devoted to her toddler son, J.R. Her husband, Justin, is managing partner of a building materials company.

“My mom and sisters used to love to go shopping together once a week and get lunch, and now it’s more like once a month. I started cutting back last year, and this year I’m probably spending one third or less of what I spent in 2007. I’d rather put extra money into charitable projects or activities I can do with my family.

“Every once in a while, I get a chance to go to some sort of shopping event, like a party at Carolina Herrera or party for Monique Lhuillier at the Joule [hotel]. She had cash and carry for spring and summer, and we bought this great necklace. I love Highland Park Village and NorthPark, and we love to shop on Rodeo Drive in L.A.”