St John’s Wood in London Gets a Lifestyle Makeover

Retailers such as Me+Em, Core Collective and FaceGym have flocked to the wealthy neighborhood's high street.

LONDON — St John’s Wood high street has a new landlord, Trophaeum, which has big ambitions for the once-unloved thoroughfare.

Although it is surrounded by wealthy residential neighborhoods, the street was long populated by dry cleaners and the local branch of Boots. With the arrival of Rococo chocolates, cycling studio Core Collective and a Me+Em fashion boutique, it’s back on the map.

“When we saw the high street, we thought it was an amazing area — great heritage, great history and very pretty buildings. We looked at all the surrounding areas and found that there wasn’t really a hub or retail area. The catchment is really strong,” said Matt Farrell, managing director of Trophaeum.

While the footfall might not be as much as in other neighborhood streets, such as Kensington High Street or Marylebone High Street, Farrell said the individual spend is higher. The area boasts the fourth wealthiest postcode in the entire U.K., with multimillion dollar houses the norm.

Farrell said the area has a high concentration of young residents, too. “I’ve met so many people, who say: ‘I’m young, I live in St John’s Wood, can you please give us something to do?’” Farrell said.

So Trophaeum got to work, filling in the gaps on the high street with fitness places, restaurants and retail.

Soutine, which opened last May, is situated on one end of the street, while Laurents deli, which opened in October, is on the other end. Nearby, there’s a Gail’s bakery, The Ivy and The Good Life Eatery. Space NK has also set up shop.

Fashion and beauty boutiques are also drawn to the area because of the cheaper rents compared with Mayfair and Marylebone districts, Farrell said.

Other new additions include Rococo, Face Gym and Core Collective, which are hoping to draw new — and repeat — customers to the area. According to Farrell, Core Collective attracts around 300 people a day and has helped put the area back on the map as a destination. 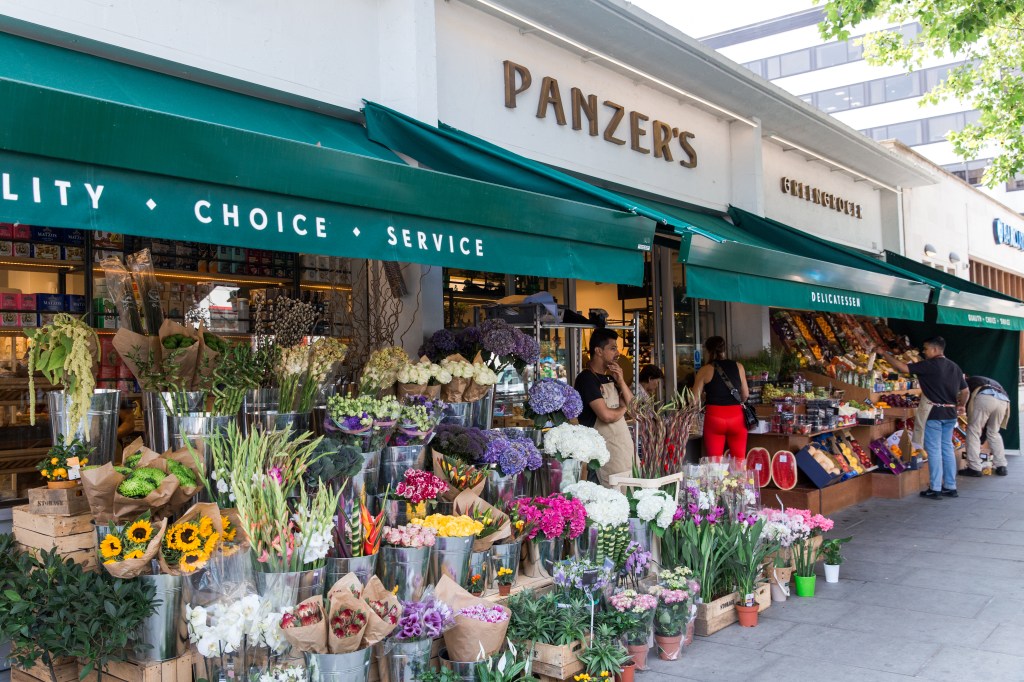 Core Collective’s St John’s Wood studio is the brand’s biggest spin studio, and is also the only space to feature a sports-focused retail offer, and a coffee bar for pre- or post-workout hangouts.

“We felt St John’s Wood was a part of London crying out for a premium, community-focused fitness offering. It was important for us to make sure we’re surrounded by other like-minded brands and retailers, that are popular with our clientele. New clientele are able to come do a class, followed by a FaceGym facial, make a pitstop at Panzer’s or browse all the boutique shops,” said Jason de Savary, chief executive officer of Core Collective.

Me+Em, one of the high street’s newest fashion outposts, happily joined the area because it knew many of its online clients were residents.

“We have five existing, stand-alone neighborhood stores within luxury postcodes and this has been extremely successful. With great restaurants and longstanding boutiques having a loyal following, we knew we would slot in well on the prestigious high street. There’s huge potential with some very cool brand neighbors, and we are being both discovered and celebrated by new and existing fans,” a Me+Em spokesperson said.

Trophaeum is just getting started, and the next wave of retail shops will include two big fashion brands and a family club that will include a nursery, coworking spaces, after-school tutoring and a food and beverage offer. Farrell declined to name that brands that would join.

“We’ve got two big fashion brands in the mix, and they will set the bar for the high street and bring in more brands. The family club — I’m going to call it a Soho House for kids and families — will have a bunch of spaces and offers for everyone, such as a nursery or cookery schools and areas for parents to stay and eat after they’ve dropped their kids off,” Farrell said.