Stage Stores Inc. flies quietly under the radar of the country’s largest retailers, and that’s just the way Andrew Hall likes it. 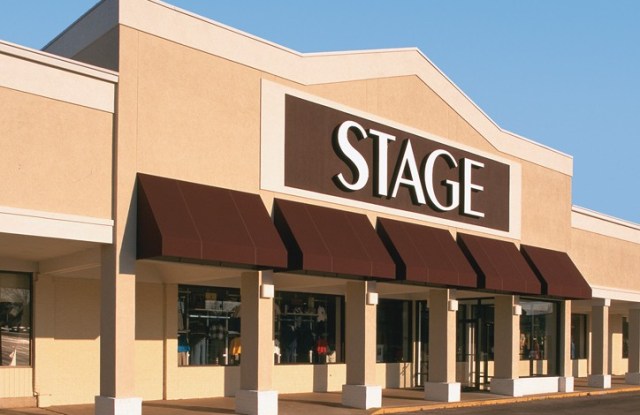 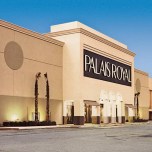 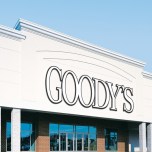 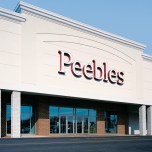 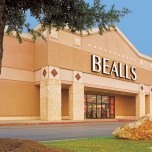 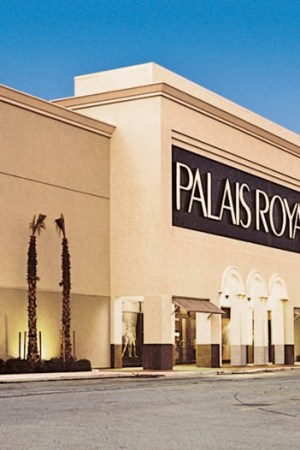 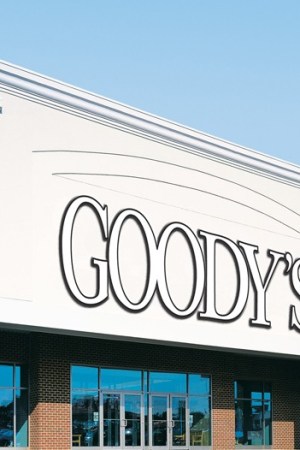 Stage Stores Inc. flies quietly under the radar of the country’s largest retailers, and that’s just the way Andrew Hall likes it.

The chief executive officer of the Houston-based department store chain has managed to carve out a profitable niche by providing customers in small-town USA — towns not large enough to attract a Wal-Mart, J.C. Penney or Macy’s — with well-known national brands at moderate prices.

The $1.5 billion company has 757 stores in 38 states under the Bealls, Palais Royal, Peebles, Stage and Goody’s names and the plan, according to Hall, is to conservatively add stores until the chain reaches around 1,000 units nationwide.

With its small-town model, different retail nameplates and separate merchandising staffs in Houston and Virginia, Stage bucks the centralizing trend that has become de rigueur in retailing.

And although the company is not immune to the recession — it recorded a 5.9 percent dip in net income to $9.1 million in the second quarter on an 8.3 percent drop in sales to $341.7 million, with a 10.7 percent decline in comparable-store sales — Hall is sticking to the strategies that have led to Stage’s success over the years.

Hall, who will be among the honorees at the K.I.D.S./Fashion Delivers fund-raising dinner tonight at the Grand Hyatt in New York, was already a retail veteran when he joined Stage three-and-a-half years ago. Formerly chairman of Foley’s, the 12-year veteran of May Department Stores Co. left the company when its new owner, Macy’s Inc., dissolved the division. “I had a dialogue with Stage after Macy’s decided to get rid of the Houston division, got to know the model and fell in love with it,” Hall said.

Stage targets towns with 8,000 to 10,000 people that draw from a 10-mile radius where there are 50,000 people or less. “Our four-wall profit in that demographic is 17 percent,” Hall said. “And that’s where we’re targeting our future growth.”

The one division that doesn’t fit neatly into that box is Palais Royal, whose stores are centered around the metropolitan Houston market in strip centers or other off-mall locations. “It’s the one nameplate that is furthest away from our growth strategy,” Hall said. “It doesn’t meet our small-town model.” The four-wall profitability is lower — 12 percent, according to Hall — due to higher real estate and occupancy costs, but Palais Royal’s sales per square foot are higher since the stores are in an urban area.

“Rents are only $4 to $5 a square foot in small markets versus $8 to $10 in metropolitan areas,” he said, noting large markets also require higher marketing costs. “And we supplement our ROP [run of press] and direct mail advertising with radio and TV [in large markets].”

Most important, Palais Royal is still “a very profitable name,” Hall stressed, “so there’s no reason to exit it.”

But while Palais Royal will be retained, it’s the other nameplates that will be expanded. The one with the most growth potential is the recently acquired Goody’s.

Stage Stores acquired Goody’s for $300,000 in July, “principally as a defensive move,” Hall said. “After Goody’s filed bankruptcy, we were in negotiations for some locations and then we heard a rumor that it was going to be reconstituted. So we bought the intellectual property at the auction.”

Once it acquired the name, Stage quickly found “there was a lot of customer goodwill” surrounding the business, and “we determined the benefit of opening stores under the Goody’s name in states where it had been operating,” said Hall.

There are 13 Goody’s stores in the Southeast, and Hall expects that number to grow to 25 to 30 over the next several years.

That number, while still significant for a retailer in 2009, represents a pullback from the prior year when 56 stores were opened. “Nine months ago when it looked like the world was coming to an end, we slowed our growth,” Hall said. And 2010 “will look a lot like 2009. Our principal growth will be in Tennessee, Indiana and Kentucky, former Goody’s markets.”

This calculated expansion is expected to further increase Stage’s reach in the next several years. Hall said: “We’re at 757 stores now and we can grow with our small-town model to 1,000 stores over the next five to seven years. It’ll be mostly in the lower 48 states, but we’ll evaluate our California expansion separately. That would come at the end of our growth cycle.”

Hall said he’s able to coexist in a Wal-Mart/Macy’s world because the stores under the Stage umbrella have two advantages: “We bring national brands to small towns and provide customer service she can’t find in the big department stores today.” Most of the stores average 15,000 to 17,000 square feet, he said, meaning “our associates know their customers by their first names.”

In addition, he said, “Our mix is lower to moderate. We have some fashion aspects to our business, but our customer is generally conservative.”

Stage does have a few “exclusives or quasi-exclusives,” Hall said, including D.R. by D. Rodriguez, a women’s brand designed by David Rodriguez that was recently rolled out to 100 doors. “It’s on plan to do $500,000 for fall,” Hall said. “It’s collections fashion at a moderate price.”

Another semiexclusive is Emma James, the former Claiborne brand now owned by Li & Fung. Duckhead, a popular men’s brand that had been owned by Goody’s, is no longer part of the mix, however. Hall said although Stage had considered bidding for the brand when it too went on the auction block earlier this year, “the price was too high.” It was sold to Virginia-based DHIP Holdings Inc. for nearly $2.7 million this summer.

“But we’re talking to those folks about bringing it back,” Hall said. He said when Goody’s got into financial straits, it undermined the brand, which was popular in the Southeast and in college towns for its men’s khakis. “The AUR [average unit retail] was $10 out the door,” Hall said. “So the new owners need to do some surgery and repair the name before we’d buy it again. We don’t need any down-and-dirty brands.”

Stage overall is 39 percent women’s and juniors, 20 percent footwear and accessories, 18 percent men’s and young men’s and 12 percent children’s. Giftables such as candles, crystal, picture frames represent 2 percent of sales, while cosmetics and fragrances are 7 percent. The remainder of sales is in outerwear, swimwear and other products. Hall is proud that Clinique and Estée Lauder products are available at more than 150 stores throughout the company. Lauder is carried in 168 Bealls, Palais Royal, Peebles and Stage units, while Clinique is at 152.

“Cosmetics has been our strongest business in 2009,” Hall said. “It’s been close to flat. And it’s one of our higher-price-point businesses.

“We’re also encouraged by the strength of our ladies ready-to-wear,” he continued. “It’s stronger than men’s, which has been OK.”

The juniors and young men’s categories continue to be “the most challenging,” he noted, “which is consistent with other national retailers. That’s the customer demographic that is hurt the most by having less disposable income.”

In all categories, Stage’s buying is done from two locations. “We recently split the company into a northern half and southern half,” Hall said. The Northern division, based in South Hill, Va., merchandises 288 stores under the Stage, Goody’s and Peebles names in 24 states north of Georgia, while the Houston-based Southern division handles 471 Bealls, Stage, Palais Royal, Goody’s and Peebles stores in 17 states in the South and West. Each division has a separate merchandising staff and the Northern division is headed by Rich Maloney, president and chief operating officer. Hall heads the Southern division.

Hall reiterated although this organizational strategy has fallen out of favor among most big retail companies, there are no plans to centralize at Stage. “That would be negative for the small-town consumer,” he said. “When retailers would merge and change the names of the stores, there would be a 6 to 8 percent comp drop in the first year even though the merchandising and staffing were identical. The consumer perceived that their hometown department store had changed.” And because Stage doesn’t run national advertising, there would be no savings on the marketing side either, Hall said.

The merchandise itself — color palette, weight, fabric and seasonal demands — is different at the two divisions as is the “clearance cadence. So we would lose that effect as well if we merged.”

Still, he stressed, the back-office responsibilities for the company are combined at the Houston headquarters, allowing for cost savings in that area.

Despite its success and unique niche, Hall said Stage hasn’t been approached by any strategic buyers to acquire the business. “We’re really so different logistically,” he said. “Where [the department stores] roll 54-foot trailers into their stores, we’re pulling UPS trucks in four to five times a week. It’s a fabulous model and it flies under the radar [of the other retailers].”

Would Hall then consider adding some more names to the Stage family?

“I’m not sure there are any more small-market players,” he responded. “Goody’s and Dawahare’s were the last and they both went away. Fifty or 100 years ago, there were lots of stores like ours in small towns, but most didn’t make it. So when we go into a small market, we’ll just take one of our existing nameplates and do it that way.”