With the growing importance of contemporary specialty boutiques, retailers and designers are confronting the issue of the exclusive. 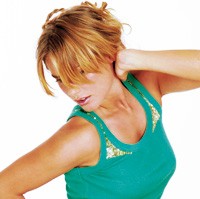 LOS ANGELES — For Joyce Azria, the young designer behind the contemporary brand Joyaan that is worn by celebrities such as Oscar winner Mira Sorvino, last month produced both a dream and a dilemma.

Azria was inundated with orders from top retailers at New York’s Fashion Coterie show. Hedging her bets, she took all of them, and now she’s facing the headache-inducing music. Three of the stores are within a two-block stretch on chic Robertson Boulevard here, where it’s a no-no to sell to more than one account.

“Retailers can fight like cats and dogs,’’ said Azria, 23, the daughter of BCBG founder Max Azria. “One may say I wrote it at 11 a.m. and another will say they wrote it at 2 p.m. How do you choose? My dad gave me great advice. He asked where I want to be in five years and choose partnerships and strategic alliances that will get you there.”

With the growing importance of specialty boutiques and the booming contemporary category — among the best-selling in apparel and the focus of Mercedes-Benz Fashion Week here — retailers and designers are confronting the issue of the exclusive: the deal giving stores the sole right to carry a line for a specific period or within a certain geographic area.

Areas like Los Angeles’ Robertson and Melrose districts and Manhattan’s SoHo are flashpoints because of the concentration of stores on trendy thoroughfares and the rise in the contemporary business. Los Angeles adds the celebrity factor to the mix, with retailers such as Kitson and Jacqueline Jarrot, where Paris Hilton bought 10 ribbed tanks with sequined shoulder straps by Joyaan.

“It’s become more of an issue in Los Angeles, which has become the cradle of lots of brands and even international brands,” said Albert Dahan, owner of the L.A-based sportswear line Da-Nang.

The stakes are high. A new line can rocket to acclaim or flame out based on whether it’s widely distributed or whether it lands in key stores like Fred Segal and Madison here. Conversely, a boutique may lose cachet if it misses out on the top lines.

“When I launched my line, I knew from the get-go that if I can’t get into key stores, my line won’t go anywhere,” said Moise Emquies, co-owner of Ella Moss, a two-year-old knit brand specializing in stripes, which will make its first appearance today at fashion week in Los Angeles.

Ella Moss has sought favor with retailers through exclusive promotions tied to causes and getting noticed by the fashion press. Fred Segal Fun in Santa Monica has sold more than 100 sweatshirts made by Ella Moss for the benefit of breast cancer awareness month that were then mentioned in Lucky magazine.

“Exclusives attached to magazines…give us a whole set of customers that normally don’t walk into our stores,” said Jackie Brander, owner of Fred Segal Fun.

What makes the sales dance so delicate is that there aren’t definitive rules. Much of the decision-making relies on what brands a store carries, how much space it will devote to a line and even whether its sales reps will wear the product. Store demands may vary from a six-month exclusive on a line to restricting its sale within a five-mile radius.

A retailer may tell a manufacturer it wants the exclusive within a limited radius and the agreement is considered similar to a joint marketing effort. The practice might cross a legal boundary when the retailer explicitly states which stores can’t carry the product.

Ella Moss’ Emquies and others point out that the situation gets trickier when a good account expands into other territories where a line already sells to a retailer, creating conflicts and potential lost sales.

“You can find yourself landlocked and your growth will be impeded because of early arrangements,” said Tadd Zarubica, president of Yanuk jeans in Los Angeles, which is on track to gross $25 million this year. One way to avoid clashes is by adding a new product line. The company’s newly launched U denim comes with a cheaper retail price point, opening new doors of distribution.

To minimize conflict between retailer and designer, there is the option of having a sales rep handle the negotiations. Some designers have no choice when their reps crack the whip.

“I determine all distribution rights; distribution is up to me, not up to the line unless they tell me their mother owns the store,” said Betsee Isenberg, whose Los Angeles showroom, 10-Eleven, includes Diane von Furstenberg, Joie and Vince. “Many times the lines don’t know if stores have credit, if they’re loyal or have screwed up in the past.”

Isenberg said one way to cater to sizable accounts, such as New York-based Scoop, which has nine boutiques and plans to open a Chicago store next year, is to create exclusive merchandise for the client. Stefani Greenfield, co-owner of Scoop, said her unique goods, including Joie for Scoop and Theory for Scoop, offer a win-win co-branding strategy.

“At least 40 percent of what we do is exclusive to Scoop,” Greenfield said. “It gives the Scoop girl product that she won’t see at every dinner party and provides an outlet for a line in key cities, such as New York, Las Vegas and Miami.”

The practice also plays out in smaller communities on the rise and resort areas. In Santa Barbara, Calif., which has a resident population of about 92,000 and also lures tourists, the tight market share makes competition even stiffer.

Marty Bebout, co-owner of Santa Barbara’s Blue Bee, Blue Bee Jeans and Honeycomb, said that some new designers — especially young denim designers — are easily wooed by a million-dollar order from a department store that may short change Bebout’s business. For example, he said a new jeans manufacturer this year reneged on an exclusivity deal with Bebout and sold to a nearby department store. The consolation was that Bebout would carry different styles of the line.

“We’ve invested tens of thousands of dollars in the line and we’re developing the brand and committing real estate to it but the damage is already done,” said Bebout, whose stores carry Serfontaine, AG, Levi’s Red and Great China Wall.

Entrenched and widely distributed denim brands, for their part, distinguish themselves through a jump on special deliveries.

Seven For all Mankind, the contemporary denim giant with about $130 million in sales this year, staged a successful launch of its denim accented with Swarovski crystal appliqués on the back pockets at Barneys New York last month at a customer party. Barneys received the six-week exclusive on it, before Seven rolled out the product to the rest of its accounts.

“This is one way we can give something back to our special accounts,” said Seven’s national sales manager Jennifer Highman.

As for Joyce Azria, there aren’t any easy answers in completing her distribution decision on Robertson Boulevard.

“I’ve narrowed it down to two,” she said. “I guess I’m still doing some soul-searching.”