After boosting the design, quality and image, Stefanel has unveiled the last step in its repositioning plan — a new store concept. 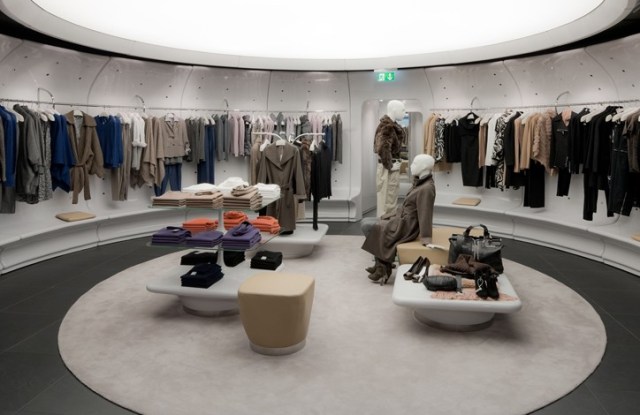 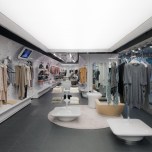 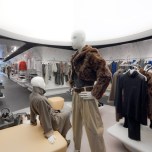 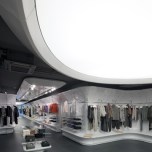 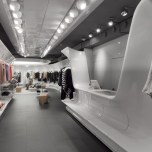 MILAN — After boosting the design, quality and image, Stefanel has unveiled the last step in its repositioning plan — a new store concept.

This story first appeared in the October 23, 2009 issue of WWD. Subscribe Today.

The blueprint was revealed last week during the opening of a new outpost in Frankfurt.

“Stefanel is going through a real and proper revolution aimed at repositioning the brand in the ‘simple luxury’ segment,” said Giuseppe Stefanel, chairman of the brand. “We feel we have intervened heavily on multiple fronts but always in the respect of a brand that has a 50-year-old heritage.”

Knitwear, the company’s core business, now offers snazzier designs, partially thanks to capsule collections codesigned with young talents such as the British duo Cooperative Designs. More high-quality yarns, including cashmere, are being used, and 90 percent of Stefanel’s production is done in Italy.

The ad campaigns are now in the hands of Mario Testino, who will photograph Daria Werbowy for the spring ads.

On the retail front, the seven-window space in Frankfurt measures 2,848 square feet and houses apparel and accessories. It was designed by British firm Sybarite, which counts Marni and Alberta Ferretti among its clients.

The interior has sinuous curves that alternate with straight lines. A lacquered modular system fills the space, often accented by semicircular walls and panels in different heights, while the slate floors set off the mainly off-white color palette.

The new look will progressively roll out to Stefanel’s 580 stores worldwide, starting with existing ones in Berlin, Hamburg and Stuttgart, Germany, followed by Milan and Rome. The U.S. is also a market the knitwear specialist wants to strengthen.