Stella McCartney has become the latest Mytheresa Woman, creating a capsule collection using sustainable viscose and taking part in a talk in China with the brand on Oct. 14.

LONDON — Stella McCartney has had an action-packed year, selling a minority stake in her company to LVMH Moët Hennessy Louis Vuitton, teaming with Bernard Arnault on eco-related issues and keeping the design cogs spinning in her own London studio.

There is more in store: McCartney has created an 11-piece capsule for Mytheresa, which will be available globally on the site from Oct. 15 as part of her role as the latest Mytheresa Woman.

Several of the pieces are made from sustainable viscose — McCartney’s fashion house is among the few that use the fabric — while the collection draws on the designer’s regular use of men’s tailoring for women. McCartney, who also designs a men’s collection, trained early in her career with the Savile Row tailor Edward Sexton.

As part of the campaign, Mytheresa will post video content and interviews with McCartney talking about her background, design process and ethical fashion. 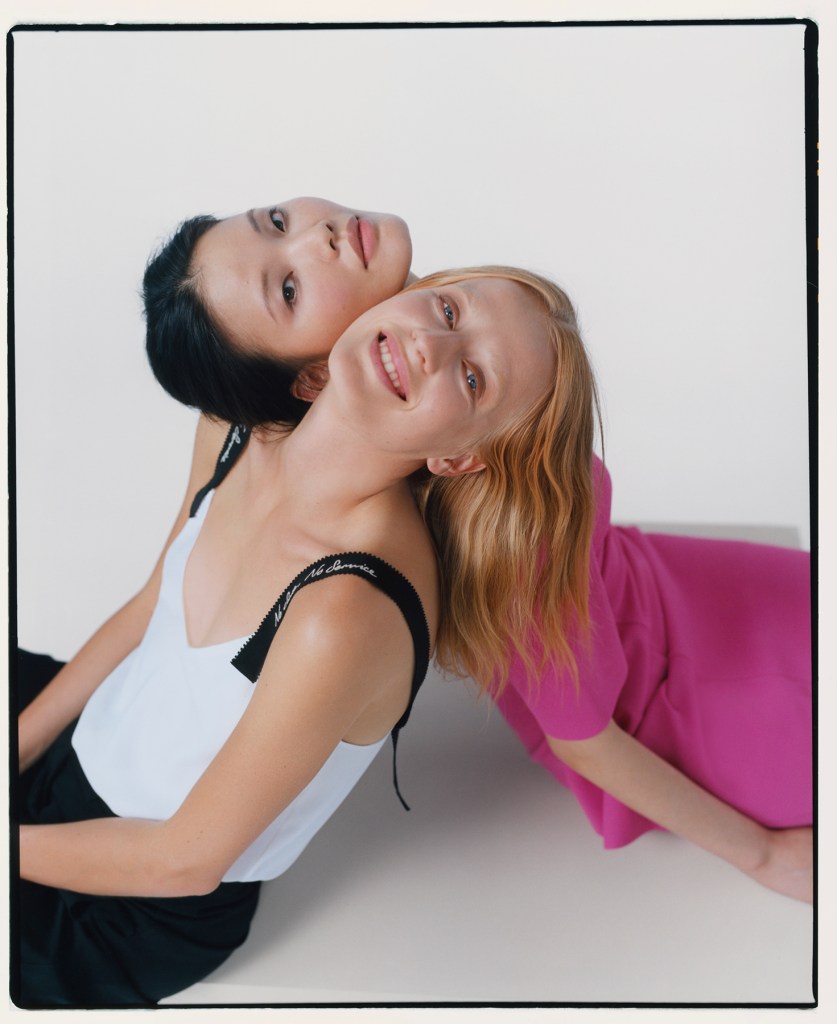 Mytheresa will also be hosting an event with McCartney in Shanghai on Monday, Oct. 14, as part of the campaign. Mytheresa said that while the talk is not directly linked to Shanghai Fashion Week, it was important to host an event in the region as the Chinese market “is growing so fast, and has big potential.”

The focus of the talk will be around sustainability, with McCartney in conversation with journalist and editor Shaway Yeh of China’s Modern Media. The talk will be introduced by Mytheresa chief executive officer Michael Kliger and will be for the students of Tongji University in Shanghai.

Asked about her approach to the capsule, McCartney said she wants it to take the customer from day to night “without having to think. That’s why we included lots of separates. This is where they can really make the outfit into their own, mixing and matching different styles for different occasions.”

She touted the men’s tailoring elements and the use of sustainable viscose, a material the company began using three years ago.

The designer said that 100 percent of the viscose her company uses comes from “sustainably managed and certified forests in Sweden and is fully traceable, helping to protect ancient forests that are in danger of being destroyed from logging.”

The knits have all been made from wool yarns, which McCartney said are fully certified, traceable and “hand-selected from high-quality animal welfare farms.”

McCartney said she had longevity in mind with this capsule, as with her other collections. 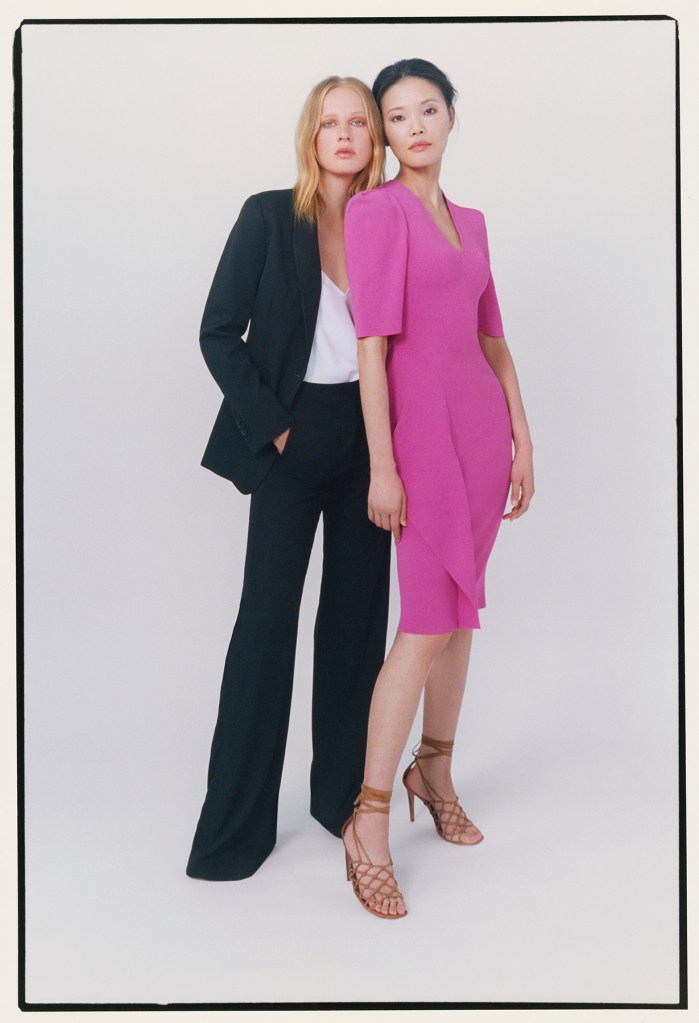 “I want our customer to feel like they can wear the collection over and over in different ways. I have always made clothes with the intention of them being able to last, picking fabrics that we know won’t tire quickly and designs that aren’t always super trend-led, meaning you will only want to wear them for one season then dispose of them,” the designer said.

She added that her team has spent the past year “teaching our customers about the importance of circularity and what you can do to prolong the life of your clothes. I actively encourage my customers to re-wear, to pass down to their children, swap with their friends, give to charity shops, mend if broken or to deposit in a local clothing bank.”

McCartney argued that people currently acquire 80 billion apparel items annually, and as of now only 1 percent of them are recycled back into textiles.

“Isn’t that crazy?” said McCartney, who has already begun working with Arnault and LVMH management on sustainability. Over the summer she sold a minority stake in her company to the French luxury giant, and was named special adviser to Arnault, charged with educating the LVMH team on green issues in fashion and luxury goods.

McCartney, who has worked with Mytheresa for a number of years, is the latest person to take part in the Mytheresa Woman series, which launched in 2013 and which focuses on women of style and influence, according to the company.