Stitch Fix beat earnings expectations, but its $451.8 million in revenue fell below the mark.

Stitch Fix is banking on Shop Your Looks becoming a hit.

Despite Stitch Fix reporting a positive fiscal second quarter, with earnings of $11.4 million, the San Francisco-based company saw its stock price drop, as revenue came in under estimates and the outlook caused concern.

Per share, the online apparel retailer and styling service posted earnings of 11 cents, beating analysts’ expectations of 7 cents. But its $451.8 million in revenue — which represents an increase of 22 percent year-over-year and lines up with its guidance for the period — still disappointed, coming in under the consensus estimate of $452.8 million.

Stitch Fix shares, which had dropped 17 percent since the start of the year, dipped to $21.35 as the market closed for a decline of 20 percent over the last 12 months. In after-hours trading, the stock dropped further still to $13.75, for a decline of more than 35 percent.

Stitch Fix added 504,000 active clients for a total of 3.5 million and posted growth in net revenue per client, at 8 percent compared with the year-ago quarter.

This period doesn’t include Stitch Fix’s broad February rollout of Shop Your Looks, its direct-buy feature that allows customers to buy products outside of its “fixes” of curated looks. 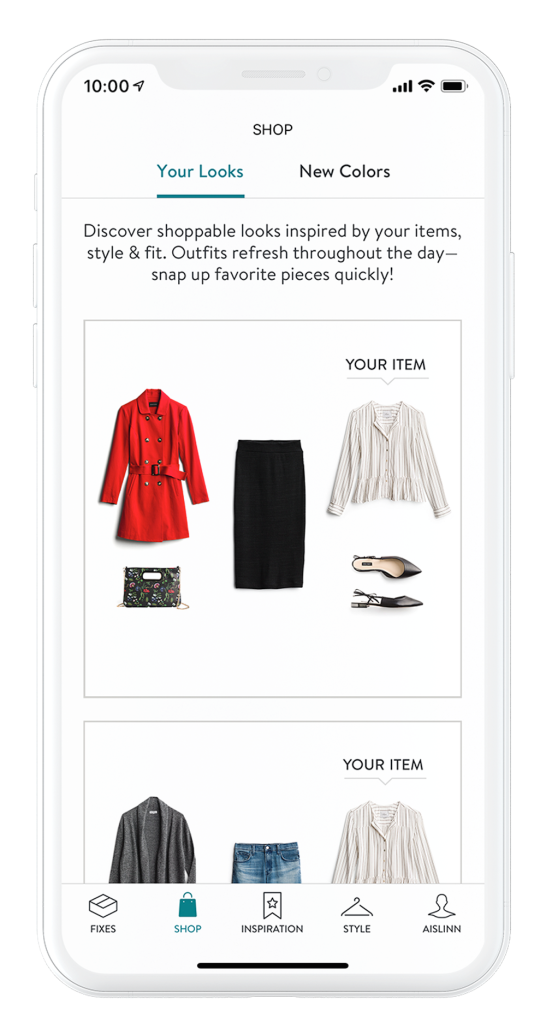 Observers will be keen to note if or how the launch changes the equation in the earnings report for the current quarter, a period that has seen a boost in profile thanks to founder and chief executive officer Katrina Lake’s appearances, including on the most recent episode of “Shark Tank,” which featured the company alongside the ceo’s stint as a guest investor.

Naturally, the executive focused less on the expectations and more on the numbers and trajectory.

Still, the company lowered guidance for fiscal-year 2020’s net revenue to between $1.81 billion and $1.84 billion from the previously forecast $2 billion range.

Lake also addressed concerns about China and the coronavirus on the earnings call. “We did a lot of the work around tariffs and [increased] our understanding of our reliance on China,“ she added. “We anticipate it will have some impact on our business, but we don’t have exact numbers at this time.”

She described the situation as “fluid,” and said the company is monitoring developments. So far, it’s not having a concrete impact on the business, but Lake acknowledged that “it’s reasonable to expect.”

As far as international markets are concerned, Stitch Fix launched in the U.K. last year, but this segment still has yet to reach profitability. The company casts it as a “launch and learn” scenario, and Lake remains enthusiastic about its international business.

Going into the future, the company plans to be more conservative and judicious about where it will invest.

Stitch Fix will continue bringing down price points for the customer, while lowering what it spends on marketing. But it won’t scrimp on its technology hiring, as that directly relates to the company’s innovation road map and advancements in its personalization capabilities.

As for whether direct buy becomes one of the major sustaining elements of the business, as the company seems to believe, the next quarter’s earnings report should shed more light.