Fine jewelry e-commerce site Stone and Strand is moving into the physical world with its first store today.

Stone & Strand cofounder and chief executive officer Nadine McCarthy said she was heavily influenced by online players that stretched beyond their roots, such as Bonobos, Trunk Club and BaubleBar.

“Trunk Club offers really high touch service where they help customers who are less knowledgeable about dressing themselves from head to toe — and we see ourselves as being the equivalent in jewelry,” McCarthy said of the new shop, located at 185 Franklin Street in TriBeCa.

“The average person could name three or four jewelry brands: Cartier, Van Cleef [& Arpels], Tiffany & Co. and David Yurman, and our customer doesn’t want to buy from these brands,” she added, pointing out that unless one is a fashion insider or extremely passionate about jewelry, it’s unlikely that they’re familiar with many of the 80 brands carried at Stone & Strand.

Stoneandstrand.com, which launched in May 2013, went from selling about 20 independent brands upon launch to about 80, including Alison Lou, Colette, Ileana Makri, Kismet by Milka, Anna Sheffield, Sabine G, Stephen Webster and Khai Khai.

“We have really found that we filled an untapped niche,” McCarthy, describing the site’s core customer as an “older Millennial female self purchaser.”

“For her, jewelry is an expression of her style,” McCarthy said. “She wears multiple rings or bracelets. She’s not necessarily looking for that classic piece that she’s going to hand down to her daughter.”

Designed by Patricia de Niemeyer, the space more closely resembles a posh living room than a jewelry store, complete with modern pieces from contemporary designers mixed with prints from a flea market in Paris. A photograph by Torkil Gudnason, hangs in the store, part of a rotating series that will change every four to six months.

The venture is self funded thus far and McCarthy said she and cofounder Brooke Magnaghi are in the process of fund-raising. The site saw close to $1 million in sales last year and is projected to double that this year. 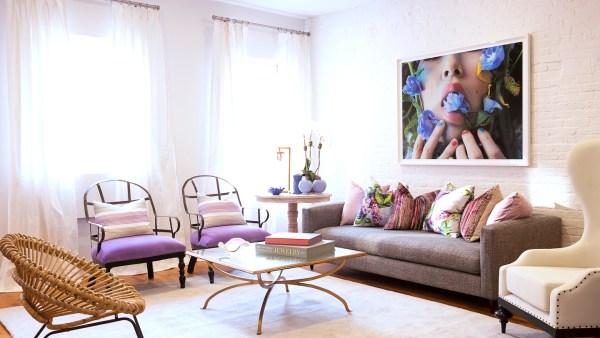