Store Tour: How J.C. Penney Is Primed for Holiday 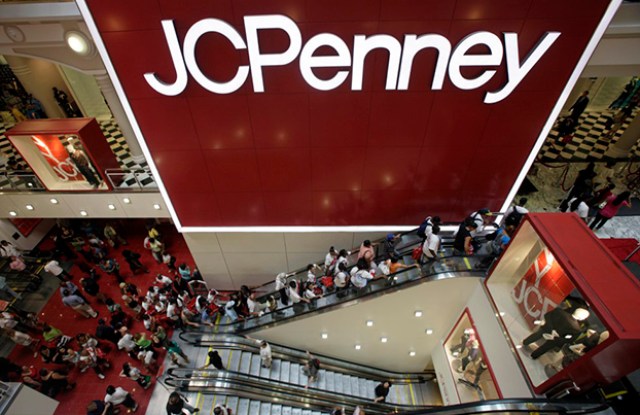 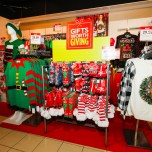 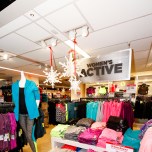 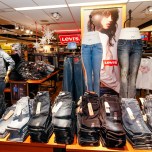 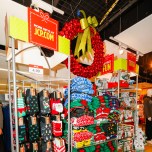 It’s 10 a.m. Nov. 17 at the J.C. Penney’s in Manhattan, and Joe Cardamone, the general manager, is having another boot moment.

He’s in a sea of Arizona and Liz Claiborne private brand boots and booties, gloating over the style and prices.

“Look at these boots. This was originally $90, it’s down to $60. Here’s one that was originally $120. You know what — they’re all going to be down to $19.99 for Black Friday. They’re on-trend boots. You’re not getting outdated styles. Our competitors are national brands. They can’t keep up with our prices.”

J.C. Penney’s — like many other retailers — is betting big on boots, which have been a standout category all year. “Booties continue to be really great, especially now since there has been no snow,” Cardamone observed.

A year ago practically to the day, Cardamone was also raving about boots. The price back then dropped down to $29.99 for a Thanksgiving Day doorbuster.

That differential is just one of many adjustments J.C. Penney’s has made this year to its holiday assortment, illustrating how the company is taking a more competitive posture in its multiyear turnaround bid.

At the retailer for holiday, it’s about offering sharper values particularly in private label brands such as St. John’s Bay where the company has greater control over pricing and margins, and pumping up activewear, casualwear, fashion denim, and Christmas socks, beanies, and even those ugly Christmas sweaters. “I never thought men would be into the ugly Christmas statement. But let me tell you, they are into it,” enthused Cardamone.

During a tour of the two-level, 100,000-square-foot store, on Sixth Avenue by 32nd Street, among J.C. Penney’s top four or five volume generating locations along with the Queens, the Bronx and Puerto Rico units, Cardamone underscored changes on its selling floors. Much involves women’s apparel pumping up casual, modern and active lines, and reducing some career and traditional.

Activewear in the Manhattan store this year doubled in space to 2,000 square feet, with key private and national brands including Xersion, Made for Life, Nike, Jockey and Tapout. Adidas will soon be added to the mix, Cardamone said, as he pointed to bright-colored Xersion sports bras, priced $12.98, down from $46, and performance leggings, priced $24.99, down from $44. Printed capris, also considered a bestseller, were priced $21.99, from $44 originally. Merchandise must be displayed at the regular price for a few weeks before getting marked down.

The bargain message is getting a lift from the company’s new guaranteed lowest price policy launched this month. If you bring in an ad from a competitor on an item J.C. Penney’s also sells, the retailer will beat the price by 5 percent. The company is also simplifying the pricing by moving away from sometimes confusing “price menus.”

Earlier this month, J.C. Penney’s reported it narrowed its third-quarter loss but saw a 0.8 percent comparable sales drop. Nevertheless, executives are expecting improvement for the fourth quarter, citing changes in the stores. “We are excited about the initiatives we have in place to drive incremental growth during the holiday season with our increased appliance penetration, new Sephora locations, free same-day pick up for online orders, a strong cadence of promotional events and our new lowest price guarantee,” said Marvin Ellison, J.C. Penney’s chairman and chief executive officer. Much of apparel was to blame for the sales decline, though not all of it. “We are very pleased with active,” Ellison said. “We are expanding our relationship with Nike going into holiday and for next year.” The Xersion active line is “growing exceptionally well,” Ellison added, and the retailer will increase investments in certain private brands including a.n.a., Arizona and Belle + Sky, which is J.C. Penney’s first entry into fast fashion.

“My mood is good. A lot better than last year,” Cardamone said, when asked how he feels about the prospects for holiday business. “We are more focused on private brands. You can see expanded areas like toys, and we’ve really pumped up private brands. We’ve got gifts for $15, $20 — $10 men’s stocking stuffers and lots of kids’ toys. The merchants did a heck of a job. They’ve taken a brand new approach.”

While the store is heavily merchandised — denim is piled high, toys are clearly more prevalent, and kitschy Christmas sweaters and socks are a big play — Cardamone says the inventory level is no higher than in 2015.

“Last year we sold out of ugly sweaters in two days. This year, we will have enough to keep it going,” he assured. “The customers probably stop buying them usually around the second week of December or 10 days before the holiday, when it pretty much dies out.” Cardamone’s got the experience to know, having started his J.C. Penney’s career managing the store in his hometown of Rochester, N.Y., 42 years ago.

On the national brand side, Levi’s “is back on fire,” Cardamone said. “The fashion part has brought a lot of life back to Levi’s,” he said, citing the super skinny jean as “our bestseller….The basic Levi’s program is just a small part of it.” The women’s portion of Levi’s occupies roughly 500 square feet; men’s, 1,000.

In other changes, holiday staffing is up. “Last year we went into holiday with 350 associates. This year, we have 450 associates,” Cardamone said. “There is a lot more emphasis on the experience the customer is going to get. Marvin has done a lot to get more associates in customers’ faces. We use to be so good with customer service, then it tailed down and now it’s back to where it’s supposed to be.”

Also, J.C. Penney’s is promoting “spotlight” deals this season, such as St. John cable knit sweaters which will be marked down to $9.99 for Black Friday, as a way to differentiate from the ubiquitous “doorbusters” that retailers roll out holiday time. “With these spotlight deals, our price points are much stronger,” Cardamone said, noting that Penney’s is still running doorbusters as well.

For the first time, Penney’s in over 500 stores is showrooming appliances. At the Manhattan store, a 1,000-square-foot appliance shop with such brands as Hotpoint, LG and Samsung, has been carved out, though there was initially some concern whether the location would get a customer for appliances. Cardamone had to convince some of the Penney’s merchants, that the concept could work at his store.

“For those who thought Manhattan wouldn’t sell appliances, guess what? We brought in smaller ovens, washer-dryers, but customers really want the big appliances.” Even in Manhattan.