Massive numbers of stores and malls were closed Tuesday due to freezing temperatures and dangerous road conditions.

By David Moin
with contributions from Rosemary Feitelberg
on February 16, 2021

A frigid blast of winter weather across the U.S. plunged Texas into an icy emergency Monday and Tuesday that knocked out power to millions and shut down stores.

Snow, ice, sub-freezing temperatures and power outages paralyzed a large swathe of U.S. retailing on Tuesday, through the South and the Heartland.

Texas was hit the hardest, where 4.4 million people were without power Tuesday due to the icy storm that pummeled the Pacific Northwest over the weekend and then spread eastward.

Stores were also forced to close in such states as Indiana, Kentucky, Oklahoma and Louisiana.

Walmart had 455 stores closed across several states as of early afternoon Tuesday, including Walmarts, Walmart Super Centers, Sam’s warehouse clubs and groceries, but the total number dropped to 364 by 4:45 p.m. In Texas alone, about 260 stores were closed at one time in the day. Many of the locations, while closed for in-store shopping, still provided pickup and delivery services. The mega-retailer has a real-time dashboard of closings on its website.

As of Tuesday afternoon, Target had temporarily closed 10 of its stores, due to the impact of winter storms. The majority of the closures were in Texas, according to a company spokeswoman. “We’ll reopen as soon as we safely can to serve guests in impacted areas,” she said.

The Neiman Marcus Group closed all seven of its Neiman Marcus stores in Texas as well as its two Last Call stores, and three distribution centers in the state. The Dallas-based luxury retailer had delayed openings of its stores on Michigan Avenue in Chicago and in Troy, Mich., and indicated there would be delays shipping online orders to customers. “We are prioritizing the safety of our associates,” said Amber Seikaly, vice president of corporate communications. As far as getting business back to normal, “We are looking at the situation day by day.” 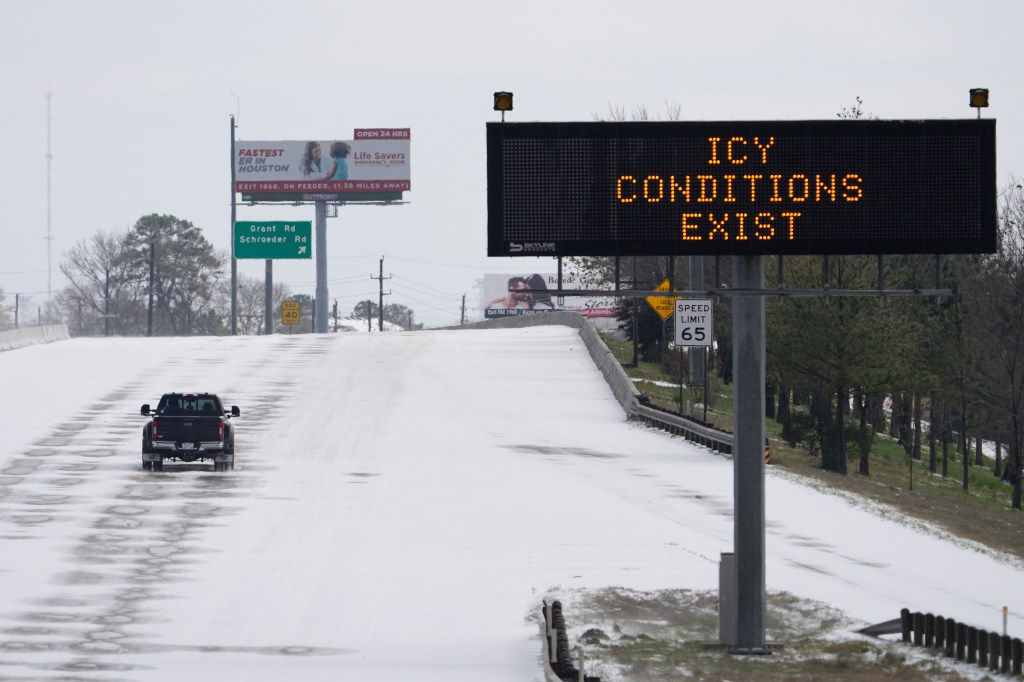 Many malls had to shut down on Tuesday, including two of the biggest in Texas, the Houston Galleria and Northpark Center in Dallas. In Houston, there were reports of an adult and a child who died from carbon monoxide poisoning in a car being used for heat.

More than 4.4 million people were without power in Texas as of 12:30 p.m. ET, according to poweroutage.us, as record-low temperatures brought a demand for power that the state’s electric grid could not keep up with.

Talbots’ chief operating officer Patrick Walsh said, “We have 34 Talbots stores in the state of Texas. The power outages, due to the storm, have been the most prevalent in the Dallas and Houston markets, which forced us to close stores in those areas. We started to close stores on Friday afternoon and on Saturday we safely closed stores throughout Austin and San Antonio. By Sunday, we closed stores in the Dallas and Houston markets. As the power gets restored, we will continue to carefully evaluate opening our locations. We are also closely watching the next storm to see how it impacts Texas on Wednesday and Thursday.”

CVS Pharmacy had closed 775 stores in states, where locations are without power or due to severe weather conditions and local states of emergency as of late Tuesday afternoon. That action was taken for the safety of employees and customers, according to a company spokesman. “We are closely monitoring the situation to learn, when full electrical service is expected to be restored, and will reopen stores when our employees can safely resume our service to local communities.” he said.

“We got a little bit of snow, but it’s the power that’s the issue,” said one north Dallas resident. “There are people without heat. Their water pipes have frozen so they can’t get water. Schools are closed. As the snow melts, it ices up overnight so the roads are pretty dangerous. Homes in Texas are not insulated the way they are in the Northeast. These weather conditions are having a major impact on all businesses.”

Because of the surge in demand for heat, there were rolling blackouts through Texas on Monday and Tuesday to try to conserve energy, but they were often a lot longer than people expected, and many were flat out power failures. Temperatures fell to zero degrees Fahrenheit Monday night. Snow was also expected Tuesday night.

According to Planalytics, a firm that provides weather intelligence to help retailers in their planning, temperatures in Dallas this week will be below freezing for most of the week, averaging 30 degrees colder than the same week last year. “Individual days will be more extreme. For example, yesterday [Monday], temps in Dallas topped out at 19 degrees Fahrenheit which was 58 degrees colder than the same day last year,” said Evan Gold, executive vice president, global partnerships and alliances at Planalytics.

“The balance of this week will be much colder than normal in Dallas. It’s not going to get above freezing until Saturday or Sunday,” Gold said. “The storm that hit Texas will move up to the Northeast. It will skirt New York City a little bit, but there will be rain, snow and ice in the Northeast.”

According to Planalytics, this week weather-driven demand in Dallas pushed sales of thermals and outerwear up 100 to 150 percent; hot cocoa up 124 percent; blankets, up 91 percent; antifreeze, up 54 percent; winter boots, up 51 percent; soup, up 40 percent, and auto batteries, up 37 percent. However, short-sleeve shirts were down 61 percent, and lawn and garden care fell 86 percent.

CGP’s Johnson said one of the problems in Texas is that 25 percent of the electricity there comes from wind power and that the wind turbines in many cases are frozen stiff. “Authorities are keeping power on in areas with hospitals, but most malls are not near hospitals. You can’t run a mall when the power goes out,” Johnson said.