Story Gets Emoji Makeover With Pepsi

The concept store links with Pepsi and gets emoji happy. 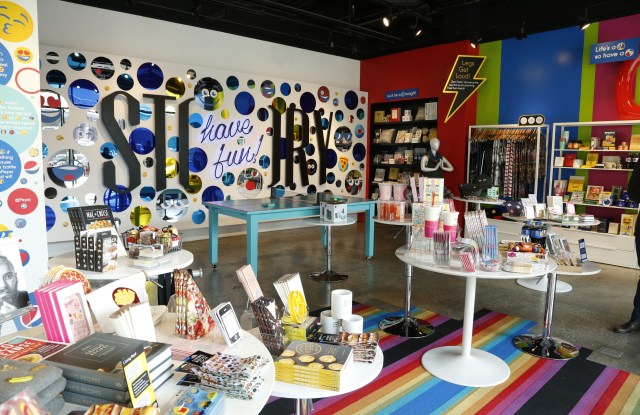 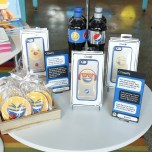 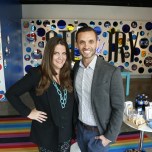 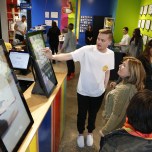 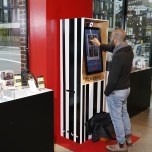 Concept store Story has teamed with Pepsi for its latest iteration, “Have Fun,” an emoji-fueled retail experience.

The launch Tuesday came in tandem with the U.S. rollout of the PepsiMoji campaign, which incorporates more than 200 proprietary emojis and the dedicated hashtag #SayItWithPepsi.

“Usually we’re telling stories and adding editorial commentary, but in this case it’s more of a snapshot in time of a trend in a moment,” Story founder Rachel Shechtman said of her store’s “Have Fun” concept, which will run through May 22. “When you think about it, Bloomingdale’s launched emojis, Sony is coming out with a movie about emojis — everyone is talking about emojis.”

Pepsi bottles adorned with PepsiCo’s own proprietary emojis are all over the New York store, which prides itself on having the mentality of a magazine and changes themes every one to two months. The concept’s decor – a mix of brightly colored, emoji-themed product from about 60 vendors — is paired alongside interactive elements such as a Story Gets Emoji Makeover With Pepsi temporary tattoo studio; a station by YR London that helps consumers make their own T-shirts or iPhone cases printed with Pepsi’s emojis, and a photo booth where guests can print and e-mail a four-photo series with the option to decorate with PepsiMojis of their choosing.

During a tour of the store, Shechtman said the carefully selected product ranges from direct to consumer e-commerce brand BucketFeet, which sells sneakers created by different artists, to Terez’s best-selling emoji print leggings. Highlights include the PVC and polyester handbags and backpacks from Taipei-based accessories brand JumpFromPaper that retail for $110 to $135 and several styles of Living Royal socks.

A typical four-week sponsorship at Story costs $400,000, with holiday concepts costing twice that, according to Shechtman, who works with both small businesses and Fortune 500 companies.

“We’re taking online off-line using different merchandising strategies,” she said. “If we’re going to live in an environment inspired by emojis, it’s about fun. We layered in product and experience. Branded content is top of mind for everyone, and we’re having living, branded content — which to me has been the hypothesis of retail media. People are expressing themselves through another brand; it’s self expression.”

Story is also designing exclusive product using PepsiMoji’s that will hit the store in mid-May. Shechtman said this will be a test to see how the range can be expanded at scale with other partners.

Carlos Saavedra, senior director, creator of culture strategy and innovation at PepsiCo, said the sponsorship is a way to get new people to discover the brand.

“Retail is changing super quickly and, for us, this merge is the idea of an editorial part of a magazine with a retail conversation,” Saavedra said. “It’s a way for people to have fun and engage with the brand [in a way] that goes beyond the bottle. This was an opportunity to tell the story of Pepsi…and take online and emojis — which were born online — and take it off-line. It’s a perfect mix of on and off-line.”

In addition to the bottles and a series of licensed product emblazoned with PepsiMojis, the company created a series of 100 five-second ads that will live air online and on TV.

A PepsiMoji app will launch on Friday so smartphone users can incorporate the emojis into their everyday mobile communication and a line of emoji jewelry is in the works.

Cassandra Jones, senior vice president of Macy’s Fashion, was among the first to visit Story for the kick off of its new “Have Fun” concept.

Jones said she is both attracted to and draws inspiration from the merging of different businesses — Pepsi and a retail space selling apparel and accessories from up and coming designers, for instance.

“What interests me is that [Shechtman] takes pop culture, a brand like Pepsi and a retail store and brings a very interactive message to life. Regardless of whether it’s wellness or having fun, both feel culturally relevant to me and the consumer and end up being a point of sale,” Jones said, adding that there’s a lot to be learned from retail that breaks out of the traditional selling format.