A confluence of fashion, music, art, food and entertainment have brands, many in streetwear, scrambling to plant retail flags here. 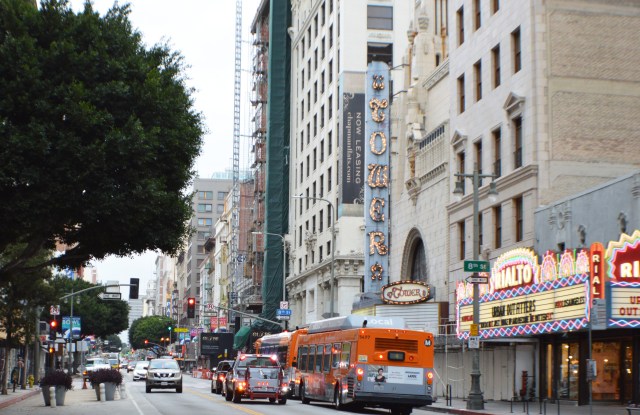 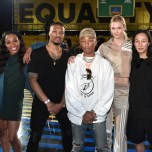 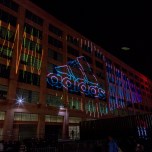 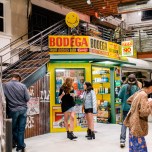 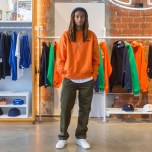 LOS ANGELES — For a guy with more than 82,000 Instagram followers and a business coming up on the multimillion-dollar mark in revenue, Anwar Carrots could have easily been mistaken as just another kid shopping Champion’s La Brea Avenue store earlier this month.

In fact, Carrots, who is the founder of Carrots by Anwar Carrots, was the main attraction at the store with his Champion collaboration. And rather than the smoke and mirrors of most store opening or product launches — appetizers and Champagne flutes being passed as attendees size one another up — Carrots was devoid of any media handlers, fielding reporters questions and switching to his phone to look up certain references.

He’s symbolic of the rapid shift taking place on some of the greater Los Angeles area’s high streets where retail is tough, unless you’re peddling streetwear where high-priced sweatshirts and T-shirts are hardly just for kids. It’s all helping buoy the broader buzz around Los Angeles that’s seen artists, restaurateurs and fashion designers head West, and now, through the lens of commercial real estate, it’s ushering in first-to-market or first-ever concepts to the streets.

Carrots sees this partially as a natural shedding and cycling out of what’s become tired.

“People just want new s–t,” he said, sitting on a bench just outside the dressing rooms of Champion’s store. “I don’t want to keep seeing the same brands, the same stores. I need something new because that’s what got me into fashion, period.”

There’s an even more specific reason why brands are flocking to Los Angeles to set up shop, he pointed out.

In April, Champion opened its first store on La Brea Avenue, on what real estate brokerage JLL pegged earlier this year as fast becoming one of Los Angeles’ trendiest streets in the section bound by First and Second Streets. The thoroughfare is now running up against Fairfax Avenue as streetwear central boasting the aforementioned Champion, Stone Island, Stussy, Union, Stampd, Undefeated, Sake and Aether, among others.

“We’re just a good fit for the neighborhood,” John Marsh, president of Champion’s parent company Hanesbrands Inc., told WWD at the time of the store’s opening. “In fact, we looked at another location in L.A. first and we said it isn’t exactly right. It’s helped us as we’ve started to look at other locations around the U.S. to make sure we understand what the neighborhood is like: Is there an artist? Is there culture? Is there a creative culture. That’s what we’re looking for.”

Champion’s 1,300-square-foot store on La Brea Avenue has been among the more recent openings along with Boy London, which took a two-level, 7,550-square-foot building on Robertson Boulevard, and Madhappy with its pop-up on Melrose Place. That adds to a roster of other incoming streetwear concepts this year, including A Bathing Ape’s 3,419-square-foot store on Melrose Avenue, across from Maxfield; Kith’s expansion to the West Coast in Hollywood, and RSVP Gallery and Bodega’s first West Coast door in downtown. Late last year there was AAPE’s first U.S. store on Fairfax Avenue, Adidas’ Y-3 on La Brea Avenue and Commonwealth in downtown’s Arts District.

That’s not counting streetwear-related events that have helped drive traffic to retailers such as Barneys New York for its thedropLA@barneys event in Beverly Hills. Earlier this month, that event drew more than 8,000 people into the store on just the first day when the Wu-Tang Clan capped the festivities with a surprise performance to help generate a 50 percent sales increase from the same year-ago period. There’s also been the steady flow of pop-ups — mostly in the vein of luxury streetwear lines — such as Fear of God, Local Authority, Amiri, Vetements and Enfants Riches Déprimés — in conjunction with Maxfield that have generated lines of devotees with each drop.

Other street and sportswear brands keen to get in on the action have absorbed space even if for temporary periods of time. February was a busy month with Adidas’ 747 Warehouse and Nike events around the All-Star Game weekend. Converse took up space in the Arts District for a launch party showcasing a number of collaborations with skate shop Babylon, RSVP Gallery and the labels Clot and Rokit. Converse also hosted a launch party with Midnight Studios earlier this month at Bodega. Adidas made another experiential play with its 3 Rooms event in March and is also expected to open an office sometime this summer in downtown, following in the footsteps of K-Swiss, which was an early adopter into the submarket when it moved its headquarters from suburban Westlake in 2016.

Planting various flags — whether an office or temporary event — is about reaching the Adidas consumer as part of a broader company strategy focused on major cities, said Timothy Nickloff, director of key city activation in Los Angeles.

“Activations that not only inspire, but also are memorable and create a legacy in the city — they have a greater purpose,” Nickloff said. “With the opportunity to do so much [in L.A.], our desire is to be a platform for creatives in the city by providing tools and resources for L.A.’s talented creators to become change makers in their communities.”

All of this activity isn’t confined to streetwear, with a number of new-to-market brands or concepts establishing themselves in Los Angeles, including an eventual Dover Street Market, new home concept by James Perse, Pretty Little Thing, The Real Real and Bluemercury.

No submarket is seeing as much attention — with new development and new stores — as downtown with the market generally keen to watch what’s happening within the Broadway corridor. A number of retailers have already started the ball rolling including Mykita, Theory, APC and Gentle Monster, while whispers of Apple coming to the street continue.

“Everybody’s intrigued by what Broadway’s becoming,” said Greg Briest, an associate in the Century City office of JLL. “I think over time now, as some of these [new store] openings happen, everybody’s kicking back and waiting to see what happens. It’s really becoming interesting. All of the brands on the street have really created a cultural outlook for what downtown Los Angeles could be.”

The Broadway corridor is set to see a three-story flagship in a historic Twenties office for Jordan Brand, along with an 8,000-square-foot flagship for Vans in the historic Singer Sewing Machine building.

“This store in the Broadway location, we’re particularly excited about it because it’s going to be a brand showcase for us,” said Kelly Murnaghan, senior director of North America marketing at Vans.

The store’s opening date is yet to be determined but this will not be just another store.

“I think L.A. is an awesome environment for our brand and it’s a beautiful building that we’re working with,” Murnaghan said. “It just allows for an elevated level of storytelling for the brand much like we have in New York.”

Omar Quiambao, a veteran within the industry — having worked with brands such as Asics, New Balance, Reebok, Anti Social Social Club, Stussy and 10Deep — opened Commonwealth in December with cofounder Larry Incognito. The 1,500-square-foot street- and skate-inspired boutique on the edges of the Historic Core is just minutes away by foot from where Dover Street Market is set to open in the Arts District. Quiambao said the store’s been doing well, despite the fact that Commonwealth could be viewed as a pioneer within an area that’s not yet fully developed.

“As much as I love New York, it’s similar to San Francisco, where the prices have pretty much pushed out all the artists and creatives,” he said, sharing his thoughts on why streetwear brands are flocking to Los Angeles. “It’s really hard to create when you just don’t have space. Most artists and designers are struggling financially at first and it doesn’t really give you the freedom to be creative, explore and take risks. There’s also the perspective that with social media you can live anywhere and still get the exposure and now with direct-to-consumer models you can be anywhere and still have the consumer base to build. With L.A. specifically, why not? The weather’s the most consistent there is; it’s still affordable in a lot of places as far as rent is concerned, and then, honestly, you have that mainstream celebrity factor where a lot of brands can draw from in their marketing plan or in doing product placement.”

Los Angeles also just has roots that make it conducive to the influx of brands that want to plant a stake in the ground here, Quiambao said.

“Your core elements of streetwear is a graphic language — graphic T-shirts, hats, things of that nature,” he said. “Streetwear also comes from the roots of skateboarding. That being said, if that’s part of your DNA, Los Angeles and Southern California is the base of that. That’s where the base of the consumer is. If your bread and butter is graphic T-shirts, what better place than L.A. to be?”

Just a few blocks from Commonwealth, Converse and the Hollywood label Midnight Studios — which for lack of a better term is a streetwear brand aspiring to be a men’s contemporary line — hosted a party this month to celebrate their collaboration, choosing Bodega as the venue of choice.

As guests milled around the 8,000-square-foot expanse, Midnight Studios founder Shane Gonzales hovered around a table with friends, wearing dark shades and a black blazer. His crew donned similar attire — locks dangling from heavy chains around their necks, colorful hair and black garb that would have made the U.K. punks of the late Seventies proud.

The designer launched his line in 2014 at the age of 19, moving on to collaborate with the likes of Virgil Abloh and Guess with, not surprisingly next up, one with the Sex Pistols.

Gonzales clutched his video camera in his left hand from Bodega’s mezzanine floor as he talked about his line and gaining inspiration from the streets. When asked if he brings the recording device with him everywhere he said, “I try to,” looking down as though he’d nearly forgotten what appears to have become just an extension of his arm and a commonplace accessory now among skaters and the youth that’s capturing a culture brands are clamoring to be part of.

Gonzales was filming for more content for the next installment of Midnight Studios’ YouTube channel in a market’s that’s quickly evolving as a new wave of skateboarding, hip-hop, fashion, food, art, music and entertainment meet.