Away Goes to Melrose Avenue for First Los Angeles Store 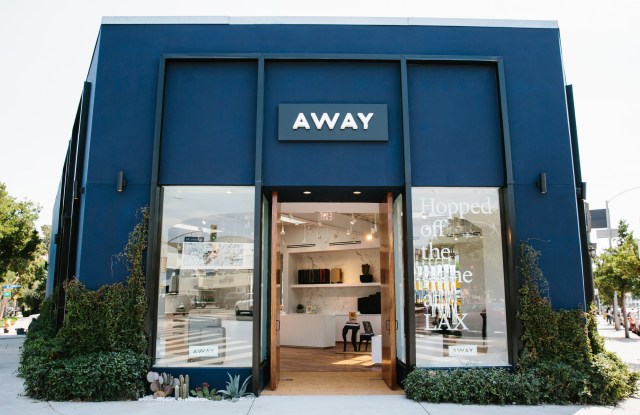 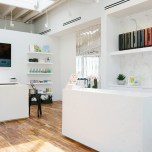 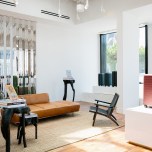 The outpost, totaling 1,200 square feet, comes on the heels of a holiday pop-up shop in downtown Los Angeles last year and the close of a $20 million Series B round in May. Away’s total raised to date is now $31 million.

“We have an already existing, huge customer base in L.A. and a lot of people who really wanted to see an L.A. presence here, so L.A. was a natural fit,” said creative director Jen Rubio, who cofounded Away with chief executive officer Steph Korey.

The store places the company close to brands such as APC, Chloé and The Row.

“The vibe is perfect. It’s a lot of brands that Away customers associate with that are both emerging and more established traditional brands,” Rubio said.

While Away luggage will be sold in the store, the company is also bringing in third-party brands for travel books, candles, shampoos and other related merchandise.

The company, launched in 2015, has built a business selling functional luggage with features such as built-in USB chargers, TSA-approved locks and an exterior that promises to bend under pressure rather than crack. In the past, the company has collaborated with fashion brands such as Madewell and Pop & Suki, helping broaden its reach.

Away estimates it will have between four and six stores up and running in a mix of both longer term and pop-up doors, according to Rubio. The company has a New York temporary space with a flagship set to open in the next quarter. Two additional longer term spaces in San Francisco and Austin, Tex., are expected to open before November.

The push is backed by a good year spent testing Away at brick-and-mortar last year with several temporary spaces that proved to be more than a marketing play for the business.

“We quickly realized that our hypothesis that retail wouldn’t be a big deal for us was wrong,” Rubio said of the pop-up testing. “Even though we have an amazing return policy, great customer service and a 100-day trial online…people still value the face-to-face interaction with the brand.”

While in-store events, such as an acoustic set with musician Michael Angelakos from the band Passion Pit in the New York store, was a great exercise in adding a lifestyle component to the brand, Away was also able to track return visits. So while someone may have come into the store only for the acoustic set, they may have returned later on when they were in need of a suitcase.

“It’s a great type of place for people to buy suitcases last minute and for people to see the product and obviously to have the traditional retail space, but all of the programming has been so valuable to us,” Rubio said.

The company recently launched a quarterly print and digital magazine, called Here, to be distributed in its suitcases and available for sale in stores or online.

The magazine debuted with Rashida Jones on the cover and includes interviews with Paloma Elsesser and Thaddeus O’Neil.

“Here was created to be a voice for travelers by travelers,” said the magazine’s editorial director Ally Betker. “While Away allows people to travel more seamlessly, Here exists to share the stories of people who do. Away has been so disruptive in the luggage space, and Here is applying that same sensibility to travel content, providing readers with both beautifully written, in-depth stories and functional tips and information — a combination that’s lacking in traditional travel magazines.”

Defining West Coast Style is Not So Simple