Summer in the Hamptons: Better, But No Boom

The Hamptons aren’t over. They’re just mellowing out amid the global recession.

By David Moin and Sharon Edelson on May 27, 2010
View Slideshow 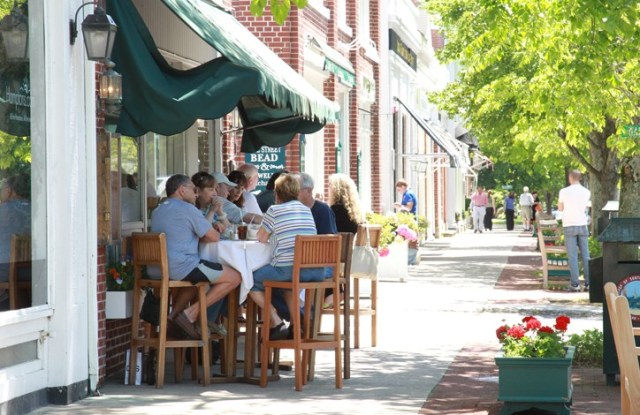 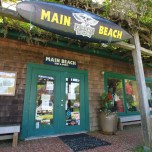 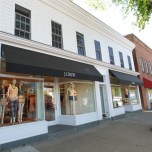 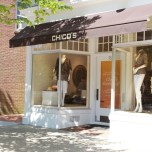 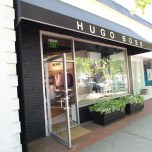 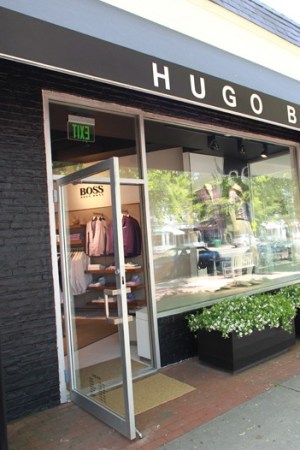 Hugo Boss is a new edition in East Hampton. 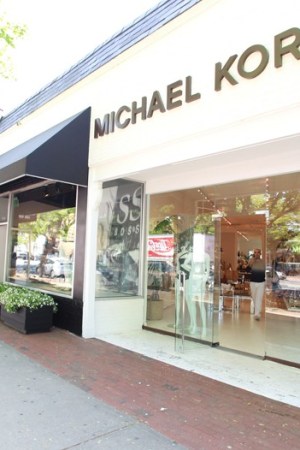 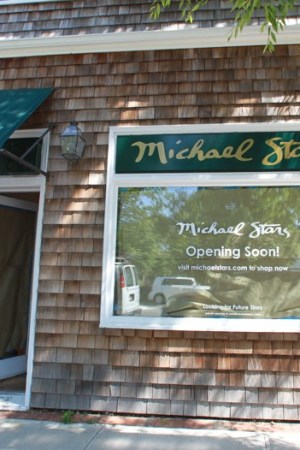 Retail in the Hamptons.

The Hamptons aren’t over. They’re just mellowing out amid the global recession.

After last year’s downturn, retail vacancies filled up fast, particularly in East Hampton, where there’s been an infusion of designers and brands — from Hugo Boss to Juicy Couture as well as Chico’s bringing a lower-priced offering to a high-end field. For the first time, value has entered into the retail equation, and pop-up and temporary stores are proliferating.

And after a decade of evolving toward a year-round, spend-with-abandon destination, retailers say there’s contraction. Merchants must grab as much business as they can in July and August, when the real migration eastward occurs. This contrasts with past years, when good traffic could be counted on for a longer stretch, beginning a few weeks before Memorial Day and lasting until a few weeks past Labor Day.

“We have rolled the clock back 10 years, in terms of retail,” observed Lars Svanberg, owner of Main Beach Surf, at 352 Montauk Highway in Wainscott. “It’s a shorter season. It’s compressed to two months. Now we’re dialing into July and August. Every business will tell you the same thing. People are spending less time in the Hamptons. They’re busy working, trying to make a buck.”

“It’s our estimation that the Hamptons are more of a marketing than a profitability mechanism,” said Steve Greenberg, president of the Greenberg Group, retail real estate consultants based in Hewlett, Long Island. “But if a retailer can open for just the summer season [as a pop-up], it can be profitable. This summer, you will be seeing more people doing it. Seventy-five percent of the business is done in three months.”

“Even fancy stores in Manhattan are having a tough time making money, so if the business in the Hamptons is open for three or four months, I would guess it’s pretty hard to make money,” said one national retailer.

According to Jason Binn, chief executive officer and founder of Niche Media Holdings, publisher of Hamptons magazine among others, it’s not merely generating the sales volume that’s important. “It’s about keeping your business top of mind to a very attractive audience,” he said.

J. Crew Group doesn’t view its stores in East Hampton and Southampton as seasonal. “Our following is year-round. We are not in it for a quick splash, summer-in-the-Hamptons-image thing,” said Millard “Mickey” Drexler, chairman and ceo. “We have long-term leases. We treat our stores in the Hamptons like collection stores,” which offer J. Crew’s higher-price range.

However, it remains to be seen how Hamptons residents will respond to some of the more costly merchandise being introduced this year. And at least one luxury tenant has already decided to forgo this season: Gucci, which had a presence in East Hampton last year, is not returning.

But there are plenty of others breaking in. While some retailers go the low-cost, whitewash and driftwood route for their summer stores, Balenciaga’s new 1,000-square-foot unit at 54 Main Street in East Hampton — a collaboration between designer Nicolas Ghesquière and contemporary artist Dominique Gonzalez-Foerster — features modular spacecraftlike fixtures, lime green felt carpets, mirrors and white lacquered wood. “[The East Hampton store’s] seasonal opening is our way to bring a special service to our clients (especially the ones spending time in the Hamptons), and anticipating their summer expectations,” said Isabelle Guichot, president and ceo of Balenciaga. “They will be able to discover, at the same time as our clients in New York or Los Angeles, our new accessory collections.”

For Jamee Gregory, a longtime resident of Southampton, early indicators bode well for the season. “Houses are starting to sell again,” said Gregory, who returned to Southampton last weekend after a trip to Los Angeles to find quite a different scene than the one she left. “When we left, it was very quiet and peaceful,” she said. “When we came back, it was insane. There was nowhere to park your car in town. We went to Sant Ambroeus [a restaurant in Southampton] and people were screaming and fighting over the booths. I went to Lynch’s nursery and people were fighting over the pink hibiscus,” she said, noting that garden center activity is a sign people are feeling better about the economy.

Unlike last year, “there was a flurry of leasing activity in March, and by April 15 some retailers were scrambling for space,” said Joel Isaacs, president of Isaacs and Company, who leased the East Hampton site to Balenciaga. “Prior to the recession, rents went as high as $200 a square foot. Clearly this was not sustainable based on the sales tenants can generate in a primarily seasonal community. We saw a great deal of vacancies as a result.”

Brokers said rents are now about $100 a square foot on Newtown Lane in East Hampton and a bit more on Main Street.

“The Hamptons had a tough season last year,” she said. “A lot of things didn’t rent. What happened in the rest of the world hit the Hamptons.”

Pomerantz said East Hampton has a history of generating higher sales per square foot than Southampton, but last year the reverse was true, with East Hampton pockmarked by vacancies.

Situated between Southampton and East Hampton are Water Mill, Bridgehampton and Wainscott, which have fragmented retail pockets, where right up to last week, a few vacancies were evident in each locale.

Bridgehampton Commons shopping center has experienced some tenant turnover, with Gap and Eddie Bauer closing units, though Staples is moving in. In the Commons, Waldbaum’s, the largest supermarket in the Hamptons; Kmart, which features one of the chain’s most extensive Lands’ End presentations, and TJ Maxx are often busy. The property has a moderate price aura but also charges less rent, at $40 a square foot to $50 a square foot, versus twice what’s seen on street locations. Executives from Kimco Realty, owner of the center, were not available to comment.

Some stores, like Scoop on Newtown Lane in East Hampton and J. McLaughlin in Bridgehampton, are expecting double-digit gains off last year’s lower base.

“We are very excited about the upcoming season,” said Susan Davidson, president and ceo of Scoop, which operates a store in East Hampton that’s getting “a mini facelift” with new visuals, furniture and fixturing. “Year-to-date, we have one of our biggest increases going, and it’s not even the season yet. Anything beach related — Missoni cover-ups, Poupette gauzy summer tops and dresses, the dress business and shorts are through the roof. What women are dropping to buy dresses is unbelievable.”

With the launch of its e-commerce site, editnewyork.com, the upper Madison Avenue multibrand store is offering its clients in the Hamptons a new service. “They can now shop from their pool or late at night and receive delivery the next day,” said Alissa Emerson, co-owner of Edit, which will return to Jobs Lane in Southampton for a second season. “We expect that our sales volume will be two to three times the volume of our city store for these summer months,” said Emerson.

In addition to some of their Manhattan customers who vacation in Southampton, “we are exposed to a larger cross section of women that may not have found us otherwise — such as residents of TriBeCa and downtown Manhattan,” said Valerie Feigen, Edit’s other co-owner.

When Diane von Furstenberg opened a store in Southampton last summer, she designed exclusive products for the beach, such as totes, sarongs and flip-flops. But the designer learned this is not what consumers wanted. “We found that our customer is looking to do her fall shopping while she is in the Hamptons in the summer,” said Jeff Huto, vice president of global retail. “There was far less wear-now shopping than we would have thought. By the time summer rolls around, she has done her spring-summer shopping and is moving on to future seasons.”

The 5,000-square-foot Main Beach is capitalizing on SUP, or stand-up paddling, currently the fastest growing water sport. “It’s just really hitting the women’s market this year. It’s an entry for women to become part of the surf culture without having to learn surfing,” which is more difficult, Svanberg said. As a result, wet suits, boardshorts, rash guards, hats, sunglasses, standup paddles are selling, and Main Beach further capitalizes by offering SUP private and group lessons. “We’re ringing up more items on register, but less expensive ones. For the first time in 25 years, people are looking for good values, definitely in the Hamptons. Even the guy who was worth $100 million two years ago and worth $50 million now — in his mind, he’s gone broke,” said Svanberg.

Regarding the social climate, “Until you move into June, it’s hard to gauge,” said Binn. “Last year was lively, even in a challenging year, and people were skeptical about what the mood and energy would be like in the Hamptons. But there were just as many events going on. People were socially active and I think this year, we’re on an upward trajectory.”

At Hampton Jitney, “2009 was our best year ever as far as passenger counts, and currently for 2010, we are already surpassing those numbers, month to month,” said Carly Shephard, marketing and public relations manager. “Last year, a lot of people that normally take vacations didn’t and just came east. A lot of people also left their cars behind because of the high price of gas and used our service.”

She also said Hampton Jitney is “relaunching and rebranding” its Ambassador Class luxury service, for the first time showing movies on board, serving healthier snacks, Tazo teas, and offering roomier, two-in-one seating, among other amenities.

No matter what the economy brings, the Hamptons at times provides a captive audience. “There’s that first rainy day,” said Gregory. “And certain days you get tennis elbow and have to go shopping.”