The catalogue company, started by Robert Redford, has a new store design and its ceo estimates it will bring its American West aesthetic to some 20 different locations over the next three years. 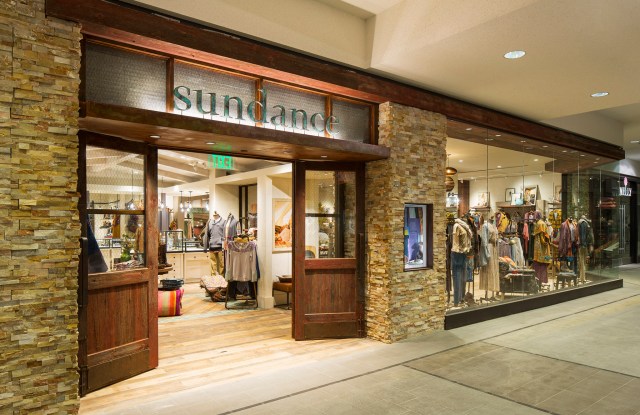 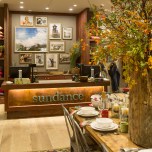 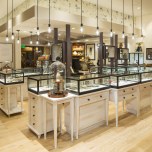 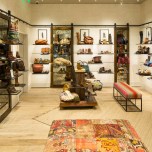 Sundance Holdings Group LLC thinks consumers are hungry for its American West sensibility and is now embarking on a ramp-up in stores.

The Salt Lake City-based company, which sells apparel for men and women along with home goods, will have added three stores to a portfolio of two and could reach 20 within the next three years. As many as five are on the books for 2016.

“We’ve had tremendous success on the direct side of the business between the catalogue and the Web, and it really is a function of using the catalogue and the Web to showcase the Sundance lifestyle,” said chief executive officer Matey Erdos. “It’s a very aspirational lifestyle brand that we’ve been able to successfully achieve through those mediums and, as a result, we’ve grown a beautifully and geographically diverse customer base. With that we have the confidence that we can reach a larger base across the country.”

It helps to have a following that she described as affluent, gravitating to the company’s chunky sweaters — a cowl-neck sweater is priced at $218 and a poncho at $158 — along with an eclectic mix of accessories, such as a studded leather belt retailing for $85. The Sundance female customer ranges in age from 35 to 65.

The company has been testing brick-and-mortar long enough. Its two existing stores in Corte Madera, Calif., and Park Meadows, Colo., opened in 2007 and 2008, respectively. There is also an outlet location in Salt Lake City.

As the chain is built out, stores will come online featuring a new design that is lighter and more feminine, Erdos said.

“We found those [existing] stores to be very masculine and very dark. A little too rugged I would say,” the ceo said. “Those two stores were really great platforms to inform our future design.”

The company recently opened a store in Edina, Minn., and will open another in Dallas this month.

As for how large of a chain the brand could support, a feasibility study was conducted, with the company narrowing down the options to roughly 50. It is looking for locations at malls or lifestyle centers that could accommodate the roughly 4,000 square feet it needs on average per store.

“We’re going to be very, very selective with our stores,” Erdos said. “The co-tenants are very important and we’re looking for very affluent trade areas.”

The growth is likely being driven by Los Angeles private equity firm Brentwood Associates, which took a majority stake in the company in 2012, and scaling the business was discussed. The company’s sales were estimated to be $150 million at the time of the Brentwood investment. Erdos declined to disclose current revenues, but said the company is on track for double-digit growth this year, exceeding expectations. Sales growth would be expected as the company, which employs nearly 250 people, continues to open new units.

Sundance, which mailed its first catalogue in 1989, has been direct-to-consumer via its catalogue and Web offerings for so long that it will be a transition to shift to brick-and-mortar growth, but Erdos said the firm is ready.

“Moving from a catalogue focus to a retail focus will present some challenges, which we’ll confront on the operations side and fulfillment,” she said. “We have two existing stores. It’s not like this is new to us but as we grow and penetrate with more stores, the dynamics on the operations and fulfillment will shift and it’s just more of a systematic burden if anything, and we’re preparing for that.”

As it stands now, the catalogue is helping drive traffic online, where more than 70 percent of the company’s transactions take place. The Sundance customer, Erdos added, is also shifting from desktop to mobile for purchases, with mobile transactions growing rapidly over the past 24 months.

The company invested in a new database in an effort to get smarter and more targeted with its marketing. That system was implemented about 18 months ago and is another factor that gave Sundance the confidence to turn its attention to store openings.

“There are a lot of retailers that they expand very quickly without the data to support it,” Erdos said. “I feel like we’re making the right steps toward prudent growth.”