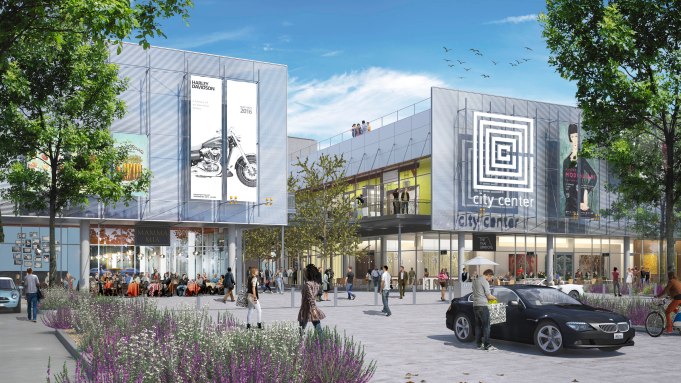 Patience really is a virtue.

Had East Bay area developer Sunset Development actually moved forward with its plans for a major retail project in San Ramon, Calif. before the Great Recession, it likely would have come online only to be hit by the effects of the downturn and then quickly lost relevance in today’s rapidly changing retail landscape. The developer instead just a few weeks ago began moving forward with City Center Bishop Ranch, breaking ground on the 300,000-square-foot retail, dining and entertainment project aimed at serving residents and workers at its nearby Bishop Ranch office park — home to IBM, Ford Motor Co. and AT&T among other companies — in hopes of forging a new downtown for the city.

The primary trade area draws from 14 zip codes, totaling 366,000 residents, with average household incomes of about $150,000. About 18,500 office workers are within walking distance to the project.

The first tenant to be announced is an upscale movie theater, restaurant and coffee house The Lot, which is absorbing 45,000 square feet at City Center. Three additional leases have been signed since then with the businesses expected to be revealed later this year, along with a San Francisco-based food concept also set to join the tenant roster.

The Lot sets the tone for the project with its full-service bar and artisan coffee house serving up free issues of the Wall Street Journal and Financial Times in the morning and its auditorium used for movies, but also community meetings, events and parties.

“It’s really central to the idea of a project that has a real civic quality to it in that we want our one-acre piazza in the middle [of the project] to be used for lots of community events and act like a public square of sorts where it’s not just all about Santa’s House and shopping all the time,” said Jeff Dodd, senior vice president of retail. “It really is a commercial zone executed in a fine way.”

The goal is to have what Dodd said is a strong offering of food and beverage that will bring in chef-driven concepts in an “uncommon mix” of restaurants that have traditionally stayed away from retail centers.

City Center’s overall mix will be roughly 25 percent entertainment, 25 percent food and about half in the lifestyle retail category which could include beauty, health and wellness, fitness, home, apparel and accessories.

Ten storefronts, totaling 10,000 square feet, will be allocated to dedicated pop-up shops for makers across different categories from around the Bay Area and beyond.

The property, designed by Renzo Piano, is expected to open in October with a second phase that includes 487 apartments, a 169-room hotel and 50,000 square feet of additional retail.

The City Center has been through several iterations and is years in the making.

“The beauty of the way it happened was it allows us to right-size and have enough critical mass of the right things that we don’t have to be everything,” Dodd said. “The idea of the project is we’ve got this amazing trade area in residents and an employee base. How do we get in front of that consumer at as many points as possible during the week? How can we develop a close connection with that base on as frequent a basis as possible realizing that density comes by having people stay longer and come back more frequently? That’s how you build a sticky place.”

The company had been talking about this project since the late Nineties and was entitled in 2007 for something akin to the retail center Santana Row in San Jose. However, the recession slowed them down, explained president and chief operating officer Alex Mehran Jr., and the market also changed after seeing the urbanization of the suburbs. When the conversation picked back up again on the project around 2010, stacking developments with live-work spaces — ground floor retail and apartments up above — no longer made sense and the traditional anchor model wasn’t a viable template to follow.

“We took what was this master-planned, 30-acre complex and turned it into something that’s much more special,” Mehran said.

And while it’s become cliché, Mehran added, it’s about the “experience of being there and not just about shopping.”

“We think this [version of City Center] is going to endure for many generations,” he said.

Asked if Sunset Development has plans to build outside of the Bay Area or perhaps beyond California, it’s too soon to tell.

“I think California’s a tough place to find great properties and opportunities for projects like this and we certainly have a lot of work to do here in Bishop Ranch and making it better. We have a lot of work ahead of us,” Mehran said.

A Sense of Place Prevails at OliverMcMillan

Runyon’s on a Roll