Super Saturday is expected to be the biggest volume day of the year. 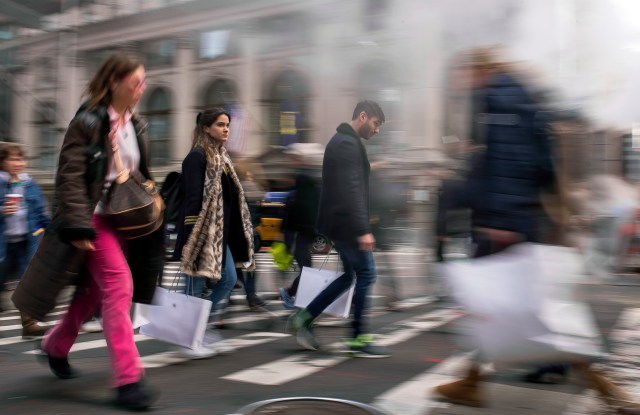 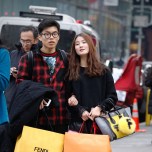 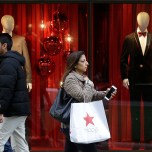 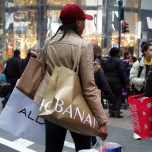 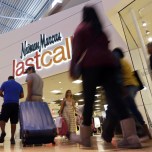 Expect “Super Saturday” to emerge as the biggest volume day of the year, ending the lull in business since Cyber Monday and fueling retailers’ confidence that they will meet their holiday sale projections.

While executives expect to meet the revenue projections of 3 to 4 percent above last year, profit margins are a different matter. Price promoting and higher rates of online shopping, where transactions are seen as less profitable than at bricks-and-mortar, will dig into the bottom line.

“This will be a very big weekend — bigger than Black Friday,” said William Taubman, chief operating officer of Taubman Centers. “You hear around that traffic is flat or down, but in our centers at least, traffic has been good.”

“Historically, ‘Super Saturday’ has been one of the biggest in-store shopping days of the holiday season,” said Tim Baxter, Macy’s chief merchandising officer. “We’re offering great values this weekend during our ‘lowest prices of the season one-day sale’ event as customers are thinking about last-minute gift needs. We think it will be a busy and exciting few days in the final countdown to Christmas. There’s also still time to shop online and have gifts in time for the holiday.”

Some see an ideal confluence of events, with the onset of cold weather, pent-up demand, procrastinators anticipating bigger bargains coming out for gifts this weekend, the stock market at record highs, gas prices staying low, inventories under control, two extra days between Thanksgiving and Christmas and Christmas Day and Hanukkah on the same day.

In addition, consumers are generally on sound financial footing. “There’s no question the upscale customer is back shopping,” Taubman said.

“Meanwhile, our more affluent shoppers are purchasing technology including televisions, laptop computers and smartphones. Retailers are well-positioned for the last two weeks of the holiday season.”

One element missing is that one hot, must-have fashion item that ignites other fashion categories.

Still, boots, beauty, jewelry, sneakers and wearables are strong and outerwear is improving. But it’s really been a hard goods kind of Christmas so far, with robust sales of drones, virtual reality, sporting goods, home improvement, TVs and video games.

According to retail sources, Amazon pop-ups, T.J. Maxx, Burlington, Target, Sephora and Ulta are having good seasons, while Macy’s, Nordstrom and J.C. Penney are having “OK” holiday seasons and expecting big finales.

“This Saturday will be the biggest day of the year, with both in-store and online traffic. It bleeds into Sunday and Friday,” assured Craig Johnson, president of Customer Growth Partners, which estimates Super Saturday will generate $33 billion in sales, compared to $27 billion generated on Black Friday. “Consumers remain cautious, shop close-to-need and focus on value — but retail spending is now gathering momentum, and is about to unleash years of pent-up demand. Holiday 2016 is poised to turn out better than many expect — and may well turn out to be a lot better.”

“If what we’re seeing from this year’s Black Friday, Cyber Monday and the rest of the holiday season is any indication, Super Saturday is shaping up to be a major revenue day for retailers, and we’ll see increases across the board in sales, order volume, shipped orders and in-store pick up,” said Stefan Weitz, chief product and strategy officer of Radial, an omnichannel commerce technology and operations firm.

“Traffic seems to be picking up,” said one retail ceo who requested anonymity, when asked about the turnout in stores this week. “It’s our impression that what we are seeing is a continuation of the trend of the last several years, that the holiday season continues to get compressed to the end. We anticipate a very busy December 22/23/24 based on that and the way the calendar falls this year.”

“Business is OK — better than last year,” said one retail chairman, who also requested anonymity. “Saturday will be the biggest day of the year but remember, you have two more days between Thanksgiving and Christmas, which is on a Sunday this year, instead of Friday, so that causes a lot of delay. Even if Saturday is down from a year ago the two extra days will be a huge addition. So adding it all up, you won’t really be able to understand what’s happened till after Christmas.”

Nonetheless, this weekend is seen as key. “Super Saturday is the starting bell of the final climatic days before Christmas,” explained Arnold Aronson, partner and managing director of retail strategies at Kurt Salmon. “It’s a relatively new phenomena, emerging over the last five or six years as the biggest shopping day of the year as Black Friday evolved into a Black Friday weeklong event,” spreading the business out, and with the ensuing post-Cyber Monday lull. “People wait for Super Saturday. Most if not all of the categories have a value component with some exclusions. Sunday is a big shopping day too.”

Expectations for Super Saturday are tempered by some weather concerns. According to Planalytics, “Consumers have been bundling up across much of the country during December as temperatures have trended colder than normal and much colder than last year. Moving into this weekend, the last full weekend before the Christmas holiday, major markets in the East are expecting to see their first measurable snowfall of the season. While the cold and snow will continue to drive seasonal merchandise into shoppers’ baskets, anticipate disruptions to store traffic and travel to start the weekend. Snow will begin to fall Friday evening and continue through Saturday morning, bringing measurable amounts to northern locations along the I-95 corridor including Philadelphia, New York City and Boston.

“By midday, expect a changeover to a rain/wintry mix, allowing consumers to get out and finish their holiday shopping. Markets further south including Baltimore, Washington, D.C. and Richmond can expect a wintry mix and rain Friday and Saturday, with ice threatening the Ohio and eastern Tennessee Valleys. By Sunday afternoon, the chance of snow returns to markets along the northern portion of the I-95 corridor. The system will also bring moderate snowfall to major markets of Chicago, Milwaukee and Toronto.”

According to a TD Bank poll of 150 treasurers and chief financial officers from large retailers across the U.S., 93 percent said they expect to meet or exceed revenue goals this year, and 49 percent identified strong consumer spending as their greatest growth opportunity in the coming year.

“This holiday season, shoppers have spent slightly less than many economists predicted, which is surprising since a number of U.S. indicators including jobs and income have been positive,” said Joseph Nemia, head of asset-based lending for TD Bank. “Looking ahead to 2017, conditions seem favorable, but the pressure is on for retailers to identify the right mix of multi-channel selling. It’s often a complex strategy for retailers but it’s proving to be critical for recruiting shoppers this holiday season and will continue to be in the New Year.”

Jeff Edelman, director of retail and consumer products advisory services for RSM, said this year retail inventory levels and sales expectations are the best they’ve been in a long time. With the number of flash sales and friends and family promotions creeping up this year, these planned promotions are working, he suggested.

For Super Saturday, “I don’t see the discounts getting any steeper,” he said.

Walter Loeb, retail blogger and consultant, also expects “Super Saturday will have the same deals in many cases as Black Friday.” Regarding the profitability of online sales, “Most of those who have migrated over to online are doing so for the value, focusing on replenishment purchases and for gifts, so while online shopping has gone up, those sales are less profitable even without the brick-and-mortar overhead. That’s because most retailers offer up free shipping as an incentive and because there’s less incentive to make impulse purchases the way one sees something that catches the eye on the way to the cashier.”

Adobe expects Super Saturday to generate $1 billion to $1.5 billion online. Tamara Gaffney, principal analyst and director, Adobe Digital Insights, expects fewer online deals; believes Super Saturday shoppers online are less discount-oriented, and they can expect to pay more for shipping — about $3 per order, up slightly from the season average of $2.30, with prices peaking Monday, Dec. 19 at about $4.45 per order (three times higher than the average on Thanksgiving Day.

At Amazon, “Where Cyber Monday Weekend was flat year-over-year, sales [after] are up an average of 54 percent, a trend we expect to continue and to provide a very robust Super Saturday this year for Amazon,” said One Click Retail managing partner Spencer Millerberg.

Luis Sanz, cofounder of Olapic, which helps brands collect and curate user-generated content, said that mobile shopping is catching up with desktop viewing. “As Super Saturday approaches and shoppers scramble to purchase meaningful gifts, we expect a similar trend with user-generated content playing a more influential role in the path-to-purchase than years prior — particularly during the few days before,” Sanz said.

“With this Saturday’s deadline for three to five-day ground delivery, we recommend retailers take extra care letting shoppers choose delivery options,” said Rob Taylor, ceo of Convey, which is a delivery experience technology provider for retailers. “It is risky for shoppers to choose standard delivery this Saturday given the increase in delays and the delay length. Communicating this reality will help encourage concerned shoppers to upgrade to expedited and prevent an influx of inquiries to retailer call centers as Christmas approaches.”