Taking ‘Green’ to the Spa 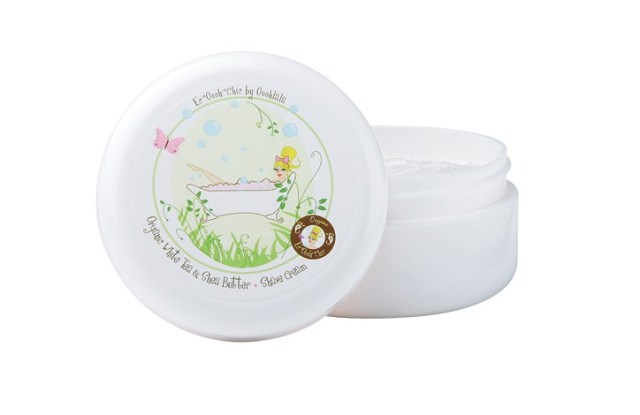 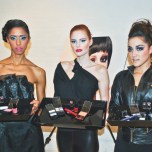 NEW YORK — Two trends — consumer interest in green products and a quest to find items in an array of shopping channels — convinced Tracy Worthington, founder of OoohLaLa of Beverly Hills, to introduce a sister line perfect for distribution beyond spas and salons.

Ec-Oooh-Chic is the latest from Worthington, often dubbed the queen of bubble bath, and it has an ecological positioning she thinks perfect for expansion in not only spas and boutiques, but also stores such as Ulta and Beauty 360. “In time, I’d like to expand to more mass market retail locations, as well,” said Worthington.

She’s out to prove that green doesn’t have to be boring. “It was really important to me when I decided that I wanted to take the company in a more ‘green’ direction that it still have that fun, flirty, feminine feel of our original OoohLaLa line,” said Worthington. “It seemed like everything out there was so boring and anyone who knows me, knows I am anything but [boring]. The feedback we have been getting has been phenomenal and the one thing I hear over and over is that now [consumers] don’t have to give up great-smelling products to have them be better for their skin.”

The line consists of 11 items with price points ranging from $18.50 for body washes up to $34.50 for a pumpkin-papaya enzyme mask. While there is no seal on the package confirming its natural ingredient list, Worthington has created a coding system to make it easy to understand the line. The color-coded labels indicate whether a product falls under the all-natural, natural or organic banner. Worthington said she made the distinction clear so that her customers knew exactly what was in the products they were using rather than throwing everything under the vague “eco-friendly” umbrella.

The organic products are made from 70 percent organic ingredients and with certified 100 percent organic essential oils. All items are free of harsh chemicals, parabens and sulfates. According to research from the 2009 Cone Consumer Environmental Survey, 34 percent of consumers indicate they are still more likely to buy green products, even in the current economy.

A souring economy, however, caused some retailers to voice concern over whether shoppers will pay slightly more for green. “I think it is just the opposite,” Worthington said. “I think even more so now that consumers are becoming more educated. With decreased disposable income, they may not be buying at the same rate as they were a few years ago, but when they do purchase, they are making carefully considered decisions. Those who truly care about what they are putting on their skin and in their bodies are seeking out the most superior products and are willing to pay a little more for that.” Sources estimate the addition could brew up first-year sales of $25 million.

The timing could have a positive side. Most non-department store beauty merchants are upgrading their formats, making them a perfect host for items like Ec-Oooh-Chic. CVS continues to have success with Beauty 360 and continues to add brands. Duane Reade has gone very upscale with new units in Manhattan. Ulta is also having promising sales results with new brands. Even Wal-Mart is enhancing its beauty department with its Project Impact Initiative. These chains will need new lines to stock the shelves, experts said.

Markwins Beauty Products is well positioned for spring. While in the midst of what executives call a great holiday season, the company unveiled 70 stockkeeping units for its Wet ‘n’ Wild franchise featuring a sleek new look.

Markwins, realizing retailers are eliminating duplication, did its own editing and created a more productive planogram for its accounts focused on three areas that will elevate its share of the long-lasting business while also enhancing its impact on color.

Finally, based on the success of its mascara business, the company has what it expects to be huge mascara introductions.

The event was highlighted by a performance by British songstress Carmen Reece.

Markwins is said to have a hot item this Christmas season in the form of a color kit from its Wet ‘n’ Wild division called Santa Baby.