By Sharon Edelson on May 5, 2016
View Slideshow 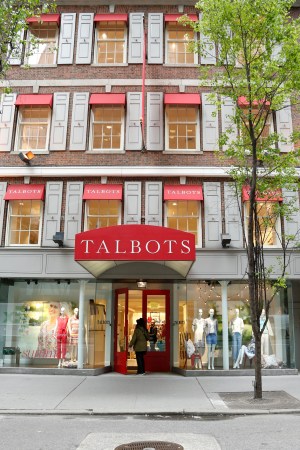 NEW YORK — At Talbots’ newly renovated flagship on Madison Avenue here, products are flooded with bright light. This may sound like Retail 101, but it wasn’t always this way.

“We’re using shades of white and lighting to bring the product out,” said Lizanne Kindler, the retailer’s chief executive officer. “We moved out the clutter. The product was lost before.”

Kindler is proud of the improvements in Talbots’ offerings since she and her team set out to improve quality and design, and she wants to show it off. The changes, which first appeared in the fall 2013 collection, have been well received by consumers, she claimed.

“The quality, design details and fit came to life,” she said.

Kindler on Thursday led a tour of the 21,500-square-foot flagship, which opens to the public Friday, and called it an example of the company’s new direction.

The six-floor townhouse devotes separate floors to petites and plus-sizes. Accessories and shoes have an expanded presentation. “Be your own modern classic” is the tag line for an ad campaign featuring Nikki Taylor, Ubah Hassan and Mini Andén.

The top level of the townhouse is devoted to one-on-one appointments with sales associates. The space looks like a well-appointed Manhattan apartment with a living room area, kitchenette and dining area, but no permanent fixtures, just rolling racks. “We’ll do trunk shows to showcase our newest deliveries with models and commentary,” Kindler said. “We’re staffing up to support the customers in the fitting rooms.”

If Talbots’ fashion was staid before, the brand is now infused with “a lot of whimsy and charm,” Kindler said. “We’ve eased up.” An example is a Mediterranean-inspired sleeveless dress covered in painted scenes of outdoor cafés that Katie Couric recently bought for a trip overseas.

In addition to e-commerce, Talbots, which started as a direct-mail business, sends out 65 million catalogues annually. “If customers aren’t transacting, they’re educating themselves,” Kindler said. “We see the customer migrating through all of our channels.”

Talbots no longer discloses its financial results but Kindler said that, “Store traffic is up for two years.”

The retailer struggled through the early Aughts with persistent losses, a multiyear decline of its stock price and liquidity concerns. Prior to its acquisition in August 2012 by private equity firm Sycamore Partners, Talbots’ sales for the three months ended April 28, 2012, fell 8.4 percent to $275.9 million from $301.3 million, on a 3.8 percent comparable sales decline.

Talbots struggled for five years under ceo Trudy Sullivan, who retired in June 2012. Sycamore in August 2012 hired Michael Archbold, the former president of Vitamin Shoppe, as ceo. When Archbold left in 2014, Kindler, who was then Talbots’ president, was promoted to ceo.

“There’s been a downturn in traffic in regional malls. Our penetration in malls in quite low,” Kindler said. “We’ve seen a positive trend. We’re actually opening stores.”

Talbots recently unveiled a unit in Manhasset, N.Y. “The prior team closed the Long Island store,” Kindler said. Two new units bowed in suburban Chicago, a new store opened in Sarasota, Fla., and a unit at Tyson’s Corner Center in McLean, Va., was relocated and renovated.

About 26 locations, mainly flagships, have been renovated to conform with the new design and the company continues to update stores in its fleet of 430.

Technology is helping Talbots better understand its customer. “Shoppers spend an extraordinary amount of time in our stores,” said Patrick Walsh, senior vice president of retail. “The dwell-time in our stores is 21 minutes. That’s considered much longer than the average dwell-time.”

The company heat-mapped a unit in Columbia, Md., to understand shoppers’ progression through the store.

Walsh said Talbots could open another Manhattan unit, perhaps in the financial district. “We don’t have a lot of presence in Manhattan,” he said.

“There were three to five years where the customer was very confused,” Kindler admitted. “The brand wasn’t delivering on its promise. Where the brand got into trouble was when it pushed a trend on customers or got too funky. We’re actually selling out of items,” she said.

T Talbots launched in February 2015 for the casual side of a woman’s wardrobe. “It’s not meant to be gym clothes,” Kindler pointed out. As with the main collection, items coordinate since wardobing is the brand’s lifeblood.

While Talbots has always been promotional, Kindler said consumer acceptance has allowed the company to temper its markdown cadence. “As she responds to products and the brand, we’ve been less and less promotional,” she said.

Improvements in quality have helped, she said, adding, “When Sycamore bought us, our sourcing strategy was really off.”