More than 300 locations across North America will be open for curbside and storefront pickups by this weekend.

Tapestry Inc. is stepping into the next phase of its store-reopening plan with more than 300 locations in North America.

“It’s all part of a very consistent approach to thinking about how we get our business back to full strength,” Jide Zeitlin, chairman and chief executive officer of Tapestry, told WWD.

The plan is to offer curbside and storefront pickups at more than 300 Coach, Kate Spade and Stuart Weitzman locations, spread across 32 states, by the weekend. In addition, about 20 stores in Europe, 35 stores in Japan, 35 locations in Malaysia and nearly 30 stores in Australia will also be open. Many of the locations will start by opening with reduced hours. All will adhere to social distancing guidelines, including limits on the number of people in a store at once, contactless payments, hand sanitizers and wipes available to shoppers, additional deep cleaning and employee temperature checks, among other measures. 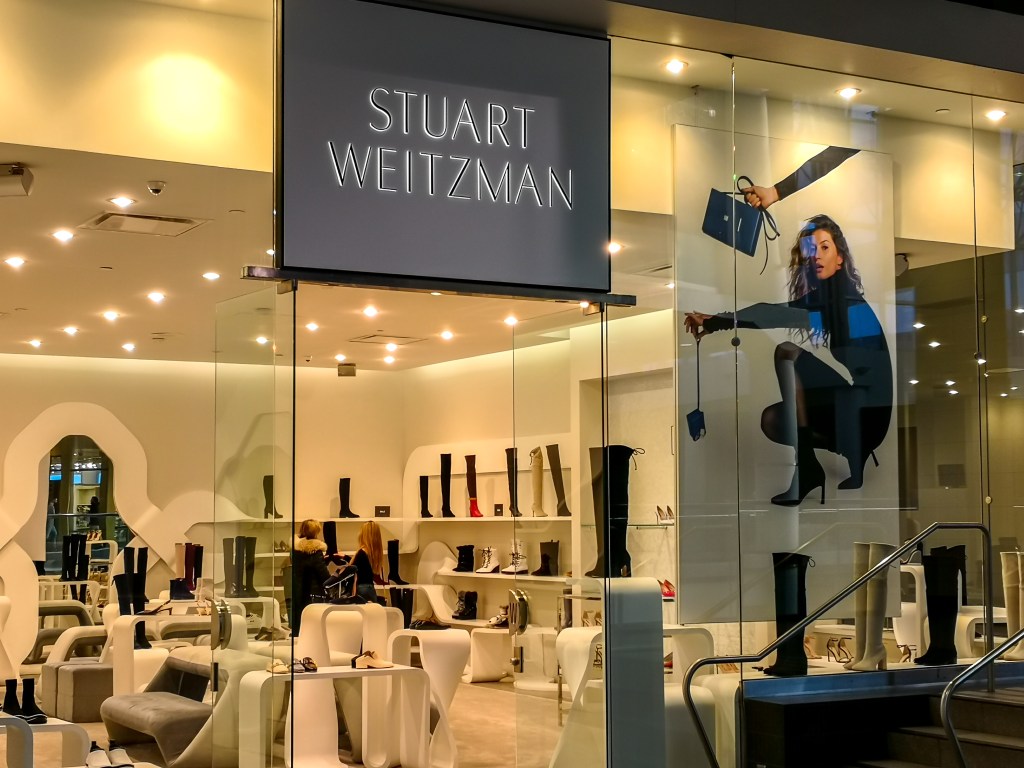 “It’s part of the process; taking consumers who have been very engaged with us digitally during this period of time [of store closures] and beginning the process of evolving them to physical and realizing that we are in this world today where in the long term, that balance between physical and digital is not a sharp line,” Zeitlin said.

He added that the plan is modeled off Tapestry’s successful store-reopening strategies in China and South Korea. In January, Tapestry closed more than 400 stores in Asia in an attempt to stop the spread of the coronavirus. All have since reopened.

“One of the lessons we’ve learned globally is that you don’t go from a totally off switch to a totally on switch overnight; it’s step by step [process],” Zeitlin said.

The retailer later closed stores in North America, in mid-March, as coronavirus cases began rapidly increasing. At the time, Tapestry said stores across all three brands would remain closed for two weeks, or until around March 27. On May 1, the company opened its first batch of stores Stateside — about 40 locations — offering curbside and storefront pickups.

Zeitlin said the response from consumers has been overwhelmingly positive so far. And it has provided the company with more insight in its go-forward strategy.

“The biggest learning is that there’s a lot of pent-up, real energy, positive energy and desire to engage with our brands, which is consistent with what we’ve seen in Asia,” Zeitlin said. He added that margins in Asia are “very strong” right now and AURs, or average dollar amount spent on any particular item, are positive in the region “in terms of going forward.”

The 300 locations set to soon reopen, coupled with the stores open in other parts of the world, equal about 800 stores — or about 50 percent of the company’s directly operated global store fleet.

As for when the entire fleet will reopen — and permit in-store shopping — Zeitlin said the company is determining dates on a store-by-store basis.

“There’s no set step,” Zeitlin said. “We look at what the critical mass is in any given mall. To have us open up alone doesn’t auger particularly well. So we look at key, other brands in a given mall. And clearly, we also very much follow local regulations.”

When stores finally do reopen, Tapestry’s playbook will include guidelines similar to other retailers: face masks, hand sanitizers, deep-cleaning fitting rooms and signs for social distancing.

“There clearly are some higher expenses to doing that,” Zeitlin said, but added, it is “well worth it in terms of that journey.”

In addition, all corporate Tapestry offices in China and South Korea have reopened. The company said its New York headquarters, located in Manhattan’s Hudson Yards, is expected to remain closed until mid-June, but the majority of employees will probably not return until closer to September.

“We’ve got the confidence that [the store reopening plan] will work and it will be well worth it,” Zeitlin said. “It’s all a very consistent kind of approach to bringing our business back to full strength, which we’re optimistic will be the case.”