Retailer to unveil one of its biggest merchandising initiatives in recent years on Sunday.

By Sharon Edelson on May 1, 2012
View Slideshow 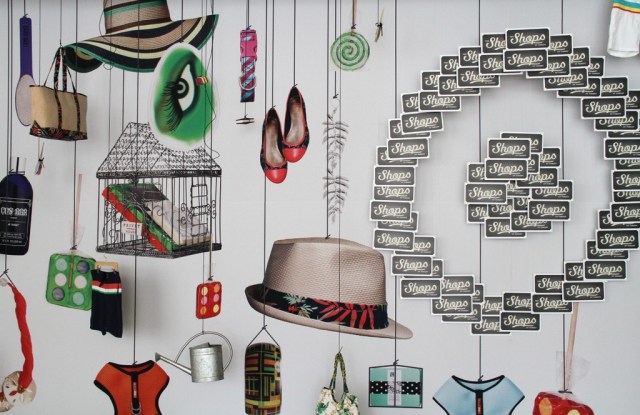 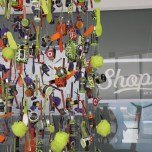 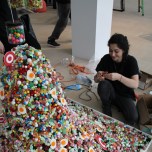 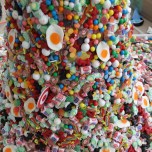 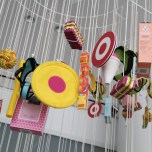 NEW YORK — The Shops at Target, one of the mass retailer’s biggest merchandising initiatives in recent years, will be unveiled on Sunday at all 1,763 Target stores in the U.S. and on target.com.

The five inaugural Shops at Target feature retail concepts inspired by The Candy Store in San Francisco, Aspen, Colo.-based Cos Bar cosmetics shop, Boston’s Polka Dog Bakery’s dog accessories, Warren, Conn.-based Privet House home products and The Webster, a 20,000-square-foot boutique in Miami that sells luxury apparel, footwear, jewelry and accessories brands. The shops were chosen by Target’s in-house design team not only for their unique products, but for their ambiance, which Target hopes to re-create to some extent.

The Shops at Target will have a one-time setup “like all limited time programs,” said a Target Corp. spokesman. “It sparks purchase urgency.” Previous limited time programs have included Missoni, which was so popular Target’s Web site crashed under the weight of demand for the products. Missoni inventory lasted one day while Jason Wu, another limited time designer, sold out in three days.

The spokesman said there will The Shops at Target exclusive merchandise available only online.

“The Shops is not meant to be an either-or equation,” he said. “It’s in addition to how we interpret affordable design. We’ll continue to work with partners such as Jason Wu and Missoni.”

Target is hoping that The Shops will be both a big volume generator and that it will have a halo effect on its image. By partnering with innovative, stylish stores, Target hopes to burnish its image with The Shops just as Go International gave it fashion credibility.

“Whether it will work remains to be seen,” said Michael Kearal, a retail analyst at Morningstar. “It’s definitely creative. It falls into the thesis that they’re trying to rekindle their merchandise prowess and get back their edge. Target lost its way in the last 18 to 24 months. [The Shops] clearly says Target’s pulling out all the stops to reignite the skill that’s been lacking. Target lost talented people. I’m hearing that there was a lot of talent that went to deal with the Canadian rollout. You’ve had some management changes. The economy hasn’t been the best for the middle-income consumer. They’re fighting a lot of issues. Target is saying, ‘Lets try to find our merchandise edge that we had in the past.’ They need to differentiate themselves.”

Kearal believes that when Target became heavily invested in its P-Fresh grocery initiative, it lost some of its merchandise advantage “and things began to change. They’re trying to use nondiscretional items to boost incremental traffic.”

Target already has chosen its next series of The Shops participants. There will be four stores, two dedicated to home and two for fashion, one men’s shop and one women’s shop, bowing in early September. Thomas declined to divulge the store names, but said the retailers are based in Manhattan.

Heriard Dubreuil designed the Target collection taking inspiration from the Miami Beach Art Deco district. The Webster’s signature wallpaper appears as a pattern on dresses and blouses. An eyelet dress is priced $39.99, a navy dress with leaf print, $42.99, and a navy color-blocked shift, $39.99. While most store proprietors aren’t designers by trade, Target has experience in helping them create product. Heriard Dubreuil is more confident than some. “I’m also developing my own collection,” she recently said. “I have all the background to do products from when I worked at Balenciaga and YSL as a merchandiser.”

In other Target news, in the definitive proxy filed by the retailer Monday with the Securities and Exchange Commission, Gregg W. Steinhafel, chairman, president and chief executive officer, saw his total compensation decline by 17.9 percent from a year ago.