By Sharon Edelson and David Lipke on May 9, 2012
View Slideshow 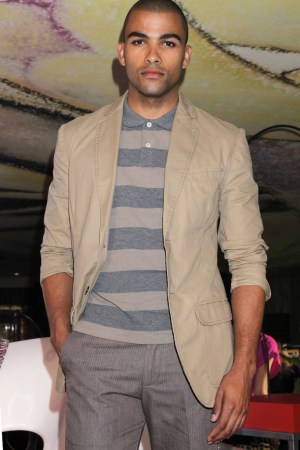 NEW YORK — Target this fall will open a freestanding store in San Francisco for its C9 by Champion brand.

The retailer also revealed the first men’s shop to participate in its The Shops at Target program will be Odin, a luxury men’s retailer with three directional stores in downtown Manhattan. Odin will join high-end women’s boutique Kirna Zabête in The Shops at Target’s second wave of collections launching on Sept. 9.

“With the CityTarget strategy, we reach a more urban consumer,” said the spokesman. “We looked at all of our owned brands and chose C9” because San Francisco is filled with young, fit, health-conscious people. There are no plans at the moment to open additional C9 stores, but the spokesman said, “We learn from each real estate development. We’ll take a thoughtful look at it” and decide how to proceed.

The store’s launch was revealed here Tuesday when Target previewed fall looks of its owned and exclusive labels. Other brands on display included Merona, which featured a plaid jacket and another in loden with black trim for $34.99 each, a trenchcoat with a pink paisley pattern for $50, Jackie O.-style sheath dresses in green with a tie at the neck for $34 and a belted orange style with pockets for $27.99. Mossimo Supply Co. showed cords in mustard, red, lilac and green for $22.99. Converse One Star featured a black fake leather quilted jacket for $49.99 and an animal-print dress, $29.99.

The inaugural round of The Shops at Target kicked off on Sunday with five stores, including The Webster, which featured a selection of men’s and women’s fashion. Co-branded merchandise from the second flight of shops — there will be only four in the fall — will be sold in all 1,764 Target stores and on target.com.

Odin owners Eddy Chai and Paul Birardi helped design a 20-piece men’s line for Target, including sweaters, Henleys, shirts, pants, shoes and accessories. Prices will range from $14.99 for a beanie hat to $99.99 for a jacket.

“They have a fabulous perspective on men’s style that really speaks to the style-savvy guy and we’re looking forward to bringing that aesthetic to our guests across the country,” said a Target spokeswoman.

Besides New York’s Kirna Zabête, which created a 100-piece women’s collection for The Shops, San Francisco’s The Curiosity Shoppe will be offering a 60-piece home line. The last shop, also in the home category, will be revealed today.