Separately, retailer on Thursday confirmed reports that it will open Apple shops initially in 25 of its stores. 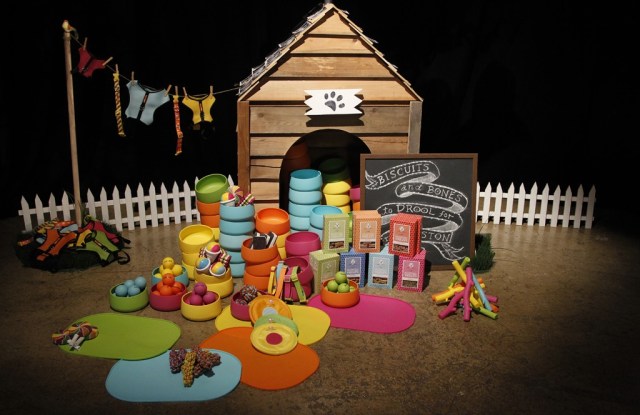 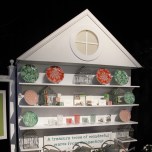 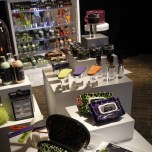 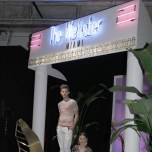 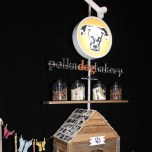 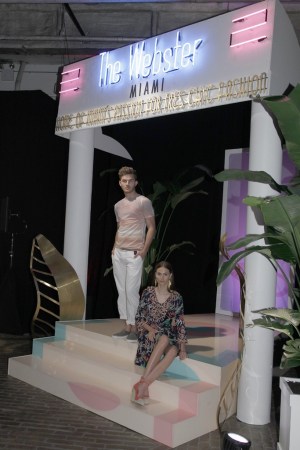 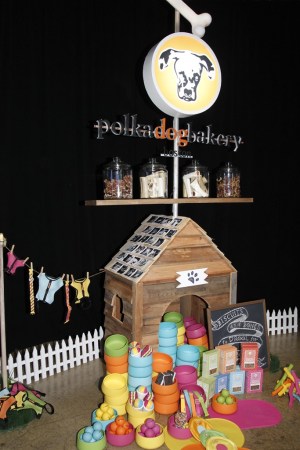 You could call it a mainstream Street of Shops.

The Shops at Target sounds like the name of an upscale open air shopping center and is reminiscent of Henri Bendel’s famous boutiques-within-a-store concept that was popular at the retailer’s former location on West 57th Street in Manhattan.

The Minneapolis-based retailer on Thursday unveiled its new street of shops design partnership platform to the media. The ongoing program attempts to re-create the ambiance of the key stores from across the country that were discovered by members of Target’s in-house design team.

Separately, Target Corp. on Thursday confirmed reports that it will open Apple shops initially in 25 of its stores, a surprise move given that former Apple Inc. senior vice president of retail Ron Johnson, now chief executive officer of J.C. Penney Co. Inc., is looking for innovative ideas to inject some excitement into the plodding department store chain.

The five inaugural Shops at Target will bow on May 6 in all Target stores and at target.com and will feature retail concepts inspired by The Candy Store in San Francisco, Aspen-based Cos Bar cosmetics shop, Boston’s Polka Dog Bakery’s dog accessories, Warren, Conn.-based Privet House home products and The Webster, a 20,000-square-foot luxury boutique in Miami that sells luxury apparel, jewelry and accessories brands.

Target will continue to offer affordable design through its long-standing collaborations and limited edition designer collections such as the upcoming Jason Wu for Target, bowing on Feb. 5. “It’s an ‘and,’ not an ‘or,’” a spokesman said.

“These people are not designers by trade,” Andersen said of the shop owners. “By trade, they’re curators. We can create products together. Whatever they feel passionate about, that’s what makes them successful. We want to bring something that’s not watered down [to customers].”

There are inherent challenges in working with proprietors without formal design training and skills. However, the retailer has had plenty of experience helping emerging designers adapt their signature styles to products for a mass audience. “There were many design revisions,” Andersen said. “Everything we work on is about one year out. When the shop owners saw the actual products, they were amazed by the quality and what we were able to achieve at those price points.”

While the six-week life of the shops might seems too short considering the amount of work that creating each shop and its products entails, “There’s something magical about making it limited time,” Andersen said. “All the work is worth it, even for six weeks. When [shoppers] come in, they know it’s limited time and they have to act quickly.” Andersen added that Target is flexible and could decide to shorten or lengthen the number of days the shops and their products remain in stores.

“We’re not sure of the timing of the second installment,” said Brian Robinson, director of fashion and design partnerships. “It will be much later in 2012. There could be anything from two to four months between shop introductions.”

Target sees The Shops as the next step in its design partnership evolution. “We want to innovate in this space,” Robinson said, adding that several factors contributed to the decision to launch a new program. “We were celebrating five years of Go International and Liberty of London for Target, Calypso for Target and Missoni for Target was coming. We looked at the competitive landscape. [Designer partnerships] were exploding. We want to be relevant in that explosion. We thought, ‘Let’s add to our own strategies.’ We absolutely will still be doing designer fashion collaborations.”

Robinson said another factor was that “we’ve come off the recession and people are so hungry for experiences. They want to know the story behind where products are coming from. There’s also the rise of entrepreneurialism.”

“The Shops at Target will be both a big volume generator and it will have a halo effect” on the retailer’s image. By partnering with unique, innovative, stylish stores, Target hopes to burnish its image with Shops just as Go International gave it fashion credibility and cachet.

The Shops at Target extends the mass retailer’s design partnerships into new categories, including pets and food. The Candy Store’s Diane Campbell said her shop will probably be located “within an area where there’s food, grocery and candy.” The shops will be marketed both together as a group, and separately. Fashion-oriented shops, such as The Webster, “will have separate creative,” a Target spokeswoman said.

Lily Garfield’s Cos Bar, which opened in 1976, sells cosmetics and treatment products from brands such as Chanel, Creed, Bulgari and Giorgio Armani. She now has 12 stores in locations from Santa Barbara, Calif., to Charleston, S.C. Each store features products indigenous to the area and each has its own charm, something Target is hoping to capture and convey to customers.

Laure Heriard Dubreuil, who owns The Webster with Milan Vukmirovic, said, “We sell Balenciaga, Balmain, Celine and Yves Saint Laurent.” Products for The Webster shop were designed by Target’s in-house designers in collaboration with Heriard Dubreuil and Vukmirovic, who were inspired by elements of the store’s decor, such as its tropical wallpaper.

“My biggest job is to buy, curate, select,” Heriard Dubreuil said. “This collection is basically my wardrobe. Everything has been designed for Target.” The men’s component “is the biggest collection for men that Target has ever done,” she said.

Asked about the abbreviated six-week selling period, Heriard Dubreuil, who, in addition to women’s and men’s collections, designed a line for babies, toddlers and girls, said, “It’s very exclusive.”

Target’s presentation came following disappointing sales. Its same-store sales for December increased 1.6 percent compared with Wall Street analysts’ expectations of a 3.1 percent gain. Target last week said that its fourth-quarter profit would be lower than it had previously estimated.

In another development, Target said it plans to keep buying back its stock through a new $5 billion share repurchase program.

Doug Scovanner, executive vice president and chief financial officer, said, “We’re committed to maintaining Target’s long history of returning cash to shareholders through both dividends and share repurchase.” Target expects to wrap up a $10 billion buyback effort this year. Under the existing buyback authorization that began in November 2007, the company has reclaimed 185 million shares, or about 22 percent of those outstanding.

The retailer plans to buy back about $1.5 billion worth of its stock this year, while funding an expansion into the Canadian market in 2013. Once that rollout is done, Target plans to boost its stock repurchases.