There was a notable uptick in the number of beauty brands exhibiting for the first time at the Tax Free World Association. 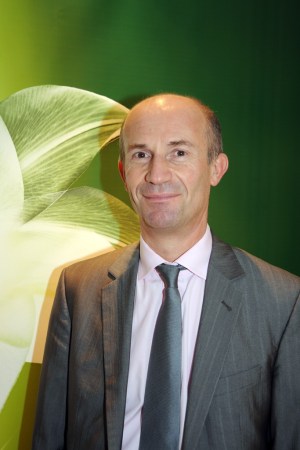 CANNES, France — There was a notable uptick in the number of beauty brands exhibiting for the first time at the Tax Free World Association annual meeting that ran Oct. 21 to 26 here.

Yves Rocher was among those making a debut appearance.

“The idea now is to try to enter airports because of the growth of traffic,” explained Henri-Bernard Bedoin, zone director of Eastern Europe, CIS and French overseas territories for the company, who said Yves Rocher already has 2,000 shops in nearly 90 countries’ domestic markets and a sprinkling of recent airport stores, such as in Budapest and Bratislava, Slovakia.

Bedoin explained a point of difference the brand has is that it’s more affordable than many other beauty labels sold in travel-retail stores. At the show, he was highlighting products but also specific merchandising units that may be adapted according to travel-retail locations.

It was also the first time AmorePacific had a stand at TFWA, too. Today, the Korean company primarily sells its Laneige and Sulwhasoo brands in travel retail in Asia.

“We have a plan to move on to the Middle East market and also [markets] like Guam, Hawaii and so on. In the long-term plan is Europe, as well,” explained Sung Hoon Kim, assistant manager on AmorePacific’s international travel retail team, who added the goal is not to penetrate the channel quickly. “We’re quite focused on the Asian market first. The biggest one is, of course, China.”

At By Terry’s stand, the brand’s five fragrances, whose launch began in September in Europe, was generating particular interest, according to Sophie Galan, the company’s coordinator for Europe.

“The activity is growing a lot. It’s now a three-axis brand, with makeup, skin care and perfume,” she continued. “We’re growing in Asia, America and Africa. Now, we are growing in a very international dimension, and for us the tax-free [show] is a good moment for us to meet all of our clients and [perspective clients]. We are only in domestic markets for the moment, and we want to develop in the travel-retail network. So that is why we are here this year.”

“We think it’s a great opportunity for us to present our brand,” continued Laure Ampe, export manager for the Polaar skin care label, which was also looking to enter the travel-retail market for the first time.

Meanwhile, Elizabeth Arden — no stranger to the channel — was formally exhibiting again at TFWA after a long absence in that capacity (although the company has been present at the event for years running).

“We are in a re-branding year for the company,” explained Paola Pinto, regional marketing director of travel retail and distributors for Elizabeth Arden, who reiterated that the strategy encompasses everything from packaging to advertising. “It’s a 360-degree change in terms of all touch points.”

She added, “There’s a lot of news to the trade in terms of where we are as a company and our growth expectations, our key innovations.”