The former Macy's chairman and ceo made an indelible mark on the retail landscape. 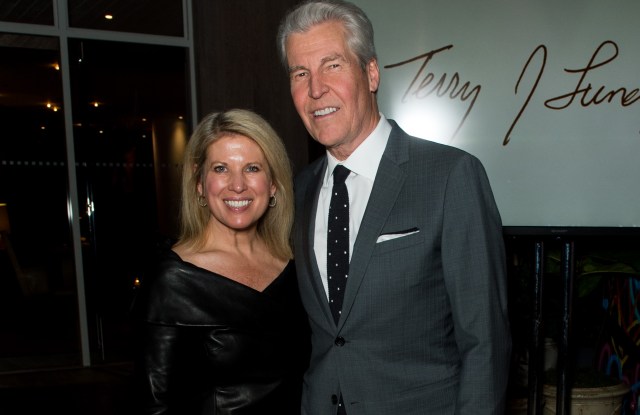 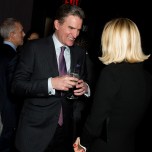 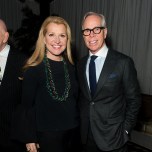 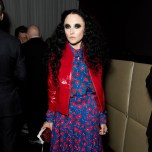 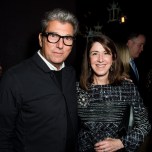 At his retirement party Tuesday night at the NoMo SoHo, Terry J. Lundgren disclosed what everybody has been wondering about — what his life post-Macy’s and out of the industry limelight will be like.

“You know you are really retired when you get in the back seat of your car, and it’s not moving,” said Lundgren, who retired as Macy’s chairman and chief executive officer last March, and retires as executive chairman on Jan. 31.

Lundgren might not be getting chauffered around town anymore, but he won’t be idle. “I’ve got plenty on my plate,” he said, citing board participation, serving as chairman of the Economic Club of New York, supporting Carnegie Hall, recently joining Columbia University as executive-in-residence and allocating more time to his family and his Florida beach house. He’s headed to Pyeongchang, South Korea, for the Winter Olympics next month, with his wife Tina who manages the U.S. figure skating team.

The Lundgrens largely kept the party mood light — Tina presented him with a post-ceo survival guide with tips like how to dial into a conference call by yourself. Others in the crowd of 85 — friends, designers, mentors and Macy’s executives past and present — toasted and occasionally roasted Lundgren, with anecdotes on his storied, 43-year career and on his character, from the early days, as his mentor Allen Questrom put it, when Lundgren was a “cocky trainee at Bullocks” with a beach boy persona, to evolving into “a great student of people and situations” and one of the retail industry’s highest-profile leaders.

Others recounted Lundgren’s exploits on the golf course, his love of wine — he prefers Napa Valley’s Harlan Estate Bordeaux — and modus operandi in building Macy’s into a national chain involving the tricky and controversial conversion of regional retail nameplates like Marshall Field’s, into Macy’s. According to Gerry Frank of the former Meier & Frank department store in Portland, Ore., Lundgren did it with some finesse.

“I came 3,000 miles today to express my feelings about two wonderful things,” said the 94-year-old Frank, mentioning the founding of Meier & Frank by his great-great-grandfather in 1867, and the fact that Lundgren in 2006 called him the night before the announcement was made that Meier & Frank would be renamed Macy’s, as a consequence of Macy’s acquisition of May Co. thereby inheriting Meier & Frank.

“It’s the little things that count,” said Frank, who left the party early to fly to Hong Kong.

“Terry did what people thought couldn’t be done. He delivered a national department store,” said Stephen Sadove, the former chairman and ceo of Saks Fifth Avenue and principal of Stephen Sadove & Associates.

“I have never known a ceo who belongs to so many golf clubs,” said Ron Frasch, a close friend of Lundgren’s who sentimentally characterized Lundgren as “thoughtful, kind and loyal.”

Mindy Grossman, ceo of Weight Watchers, was glazed over by the crowd, reflecting Lundgren’s wide circle. “This is amazing, I feel like my whole life is moving before my eyes. Just about everybody I ever worked for is here.”

“Both Terry and I came from working-class families with parents that wanted us to be more successful than themselves,” said Questrom, the former Federated, J.C. Penney, Barneys and Neiman Marcus ceo. “Terry embodies the American dream, that spirit, that with hard work, you can achieve great success.”

“He gave me enough rope to skip but not enough to hang myself with,” said Jeff Gennette, Macy’s new chairman and ceo. “If there is one word to describe him, it’s loyal.”

Gennette earlier confided that he had an inkling that he was destined to succeed Lundgren back in 2009 when he was running Macy’s Northwest in Seattle, and had Lundgren, who had been Macy’s ceo for five years already, as a guest speaker, during a presentation to the entire team. “Five minutes before I was set to speak to everyone, Terry taps me on the shoulder, and says, ‘How do you feel about moving to New York?'” Very soon after, Gennette became chief merchant of the entire corporation, before rising to president and ultimately ceo.

Gennette announced that Macy’s was contributing $100,000 to the Terry J. Lundgren Center for Retailing in Arizona, and also giving Lundgren $350,000 to contribute to causes and charities of Lundgren’s choice.

“Terry has never forgotten my birthday. It’s the same as his,” joked Kenneth Cole, who concluded his Terry toast on a serious note. “The retail landscape is profoundly different because of Terry.”

“He accomplished all of these things with honor and grace, and never a hair out of place,” said Lundgren’s wife, Tina. “He wakes up in the morning like that. It’s really annoying.…I love you Terry.”