Savvy entrepreneurs in the Golden State have introduced a slew of new stores and online concepts. 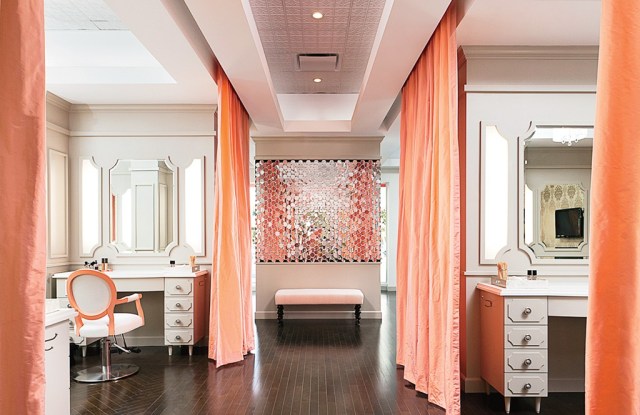 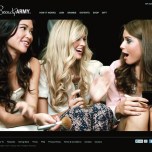 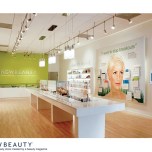 A NEW TAKE ON MAKEUP

In casual L.A., quickie blow-dry destinations like Drybar proved to women that a polished hairdo doesn’t take a long time or a lot of money. Now, makeup places are looking to do the same for their faces. Opened in May of last year, Makeup & Go in Brentwood was among the first of the genre, and Blushington (above) in West Hollywood is the latest to introduce a convenient makeup concept.

“We are not a department store. It is really about the service, not pushing product,” says founder and chief executive officer Stephi Maron.

Customers at the 14-chair, 1,800-square-foot location can get full makeup for $35 and choose from six different sample looks that include a cutting-edge take on runway beauty; a red-lipped, cat-eyeliner Fifties visage, and a natural fresh face.

“We are definitely all about natural makeup,” says Maron, who cringes when recounting a makeover experience that left her with an orange face in stark contrast to her pale neck.

Blushington sells and uses Stila, Becca, Julie Hewett and Kevyn Aucoin cosmetics. The salon plans to spread nationwide, starting with three to four branches in the Los Angeles area before reaching 25 to 50 units in major markets throughout the U.S. within five years.

California Governor Jerry Brown, who had a cancerous growth on his nose removed earlier this year, signed the country’s strongest regulation of the indoor tanning industry into law in October. Effective Jan. 1, teens will be prohibited from using tanning beds. Worried that California could become a bellwether for other states, the tanning industry has gone on the offensive. The Indoor Tanning Association, which represents manufacturers, distributors and facility owners, argues such restrictions will decimate tanning businesses and cost jobs.

“The recession has already hit this industry hard, leading to 25 percent of the indoor tanning salons to close in California since 2009. This age restriction will only push more over the edge,” says John Overstreet, a spokesman for the I.T.A.

But the indoor tanning industry’s loss could be a gain for makers of sunless tanning alternatives, including self-tanning and bronzing products. Already, self-tanner sales climbed nearly 7 percent in the 12 months ending Aug. 11 to $26.9 million at U.S. department stores, according to The NPD Group.

“You’re going to see the uptick of sunless tanning, spray tanning, home products, and that’s a result of bringing more awareness to the dangers [of UV tanning],” says Sinead Norenius, founder of San Francisco-based Beautisol Sun Care, who believes that restrictions on indoor tanning will spread. “I liken it to the tobacco industry, where a lot of people are going to be upset about it, but at the end of the day it is a health issue.”

She asserts the biggest difference between Beauty Army and Birchbox is personalization. Beauty Army members will be able to choose from among different samples and opt out of samples when they’re not feeling inspired.

“We don’t want to send people things they might not want and use,” says Guest.

For those members who do like the samples, they can buy full-size products on Beauty Army’s Web site. But Beauty Army isn’t going to have West Coast beauty sampling to itself. Sindulge is breaking into the SoCal sampling scene by offering four to five samples for $10 a month.

FROM MAGAZINE TO RETAIL MECCA

Over the past six months, Matthew Aguilar has been working to bring the pages of NewBeauty magazine to life in the 4,300-square-foot space at Fred Segal Santa Monica that used to house Studio BeautyMix. Officially opening in November, NewBeauty intends to foster interactivity and education in the retail environment in ways only a media property can. The store will regularly host doctors, makeup artists and hairstylists to teach customers about the latest procedures, products and trends. Magazine graphics detailing various beauty concerns will line the walls, and editorial content will be interwoven with products from among the store’s 200 brands to help single out those that are the best in their class and match customers’ problems with solutions.

“You can make an educated decision on which one works for you, rather than getting pulled by a salesperson to their brand,” says store director Aguilar.

A videographer and bloggers will be at NewBeauty at Fred Segal full time to post reports and videos on NewBeauty’s DailyBeauty Web site. Customers who feel like sharing their thoughts are also invited to blog about their experiences.

“The goal is, wherever you are in the world, you will know what’s going on here in the store,” says Aguilar.