The Gap Lands in Hong Kong

The retailer opened Friday on Queen's Road Central in the middle of the business district. 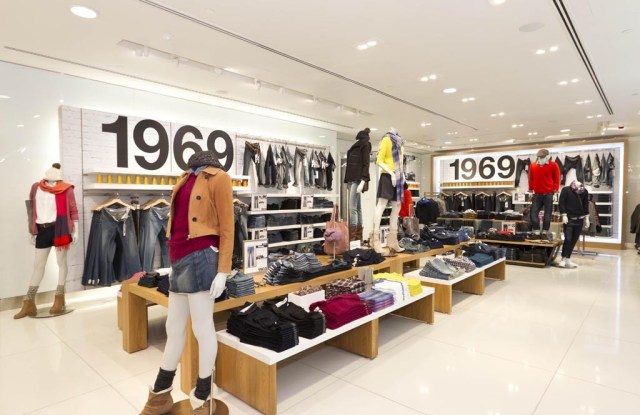 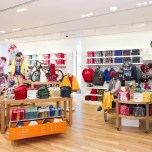 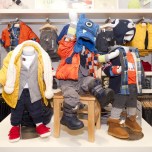 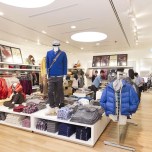 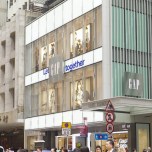 HONG KONG — The Gap opened its first location in this city on Friday, giving the retailer nine stores in China.

The opening is part of the retailer’s big push into China. The Gap will have a total of 15 stores in greater China by January and plans to treble that figure to 45 stores by the end of 2012, said Redmond Yeung, Gap’s president for greater China. In particular, the retailer’s next openings will be in the cities of Hangzhou and Tianjin, he said, adding that the company wants to eventually reach a network of about 90 stores in China. He declined to set out a timetable for that secondary target.

“It is a sizable investment in the market but I think it’s worth it because of the fact that this is such an important market…China is a cornerstone of our international expansion. This is the area that is the fastest growing for retail and we want to make sure we look after this area well,” Yeung told reporters during a pre-opening tour through the store.

Yeung wouldn’t break out sales figures or projections greater China, stating only that China and Asia are a “significant’ part of Gap’s international sales. Gap posted $872 million in net sales in Asia in fiscal year ending January 29, 2011, making up about 25 percent of overall net sales for the brand. By comparison, net sales from Europe totaled $703 million in the year.

Yeung said the company expects to see 30 percent of net sales coming from online operations and international stores by the end of 2013. In fiscal year 2010, Gap said 22 percent of total net sales came from online and international sales. Online sales are a significant portion of Gap’s sales in China at the moment, Yeung said, but that number will decline as the company opens more stores.

Gap opened its first stores in China in Beijing and Shanghai last year. It held off on Hong Kong until now, mainly because of the difficulties of finding prime real estate, Yeung said.

“If you look at the Hong Kong real estate, a good location is hard to find,” he said. In Hong Kong’s Central district, stores have shown a 38 percent sales increase if you look at the sales increase in Hong Kong year over year, he noted. “To have that, the real estate here is getting more and more appreciation by retailers. So everyone is seeking a prime location and this is a prime location,” he said.

Located on Queen’s Road Central in the middle of Hong Kong’s main business district, the 15,000 square-foot, four-story shop is a stone’s throw away from H&M and the upcoming Abercrombie and Fitch store. It’s also a few doors down from local competitors such as Bossini and Giordano.

Yeung acknowledged that consumers can see lots of similar brands in Hong Kong but Gap is the real thing. “The company has always been so advanced in the way it merchandises and retails,” he said. “In the market now you see a lot of similar brands, this is the original.”

This is actually Gap’s second attempt at the Hong Kong market. The company sold through wholesalers about 10 years ago but decided not to renew the contract when it expired. The company also previously tried to enter the market with its Banana Republic brand — opening boutiques within department stores. This time though, the emphasis in greater China appears to be on company-owned stores. Gap is focused on expanding its Gap brand and Old Navy though it is also studying the market for its other brands such as Banana Republic. Old Navy is opening in Japan next year, Yeung said.

Gap’s Chinese customers tend to be younger than its U.S. customers with many teenage shoppers aged 17 to 19, young adults who are just entering the work force and young families, Yeung said. To take into account local tastes and sizing, the Gap’s design center in New York takes input from various international designers.  Buyers for Asia then pick collections for specific markets and sizes are adjusted for Asia. Yeung said that “maybe 50 percent to 60 percent” of the Hong Kong store’s collections are the same as in the U.S.

To get the word out on the opening, Gap has ads all over Hong Kong, billboards and signs in the MTR system. The advertising campaign pairs well known Chinese figures with their American equivalent, such as entertainer Jolin Tsai and Usher or photographer Wing Shya with Annie Leibovitz.