The Webster opened in Houston, bringing its distinctive French-by-way-of-Miami to Texas. 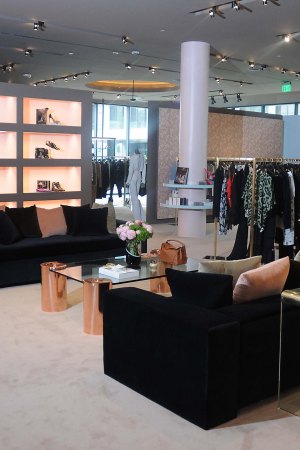 The Webster opened in Houston on New Year’s Day, bringing its distinctive French-by-way-of-Miami style plus some limited-edition goods with a Texas accent.

Among the 17 items crafted specifically for the opening are a wildflower-print prairie sundress by Inès de la Fressange, a Texas flag acrylic clutch by Edie Parker and a Maison Michel straw cowboy hat.

“Being French, we always have this fantasy about Texas and all the iconic references,” said Webster owner Laure Hériard-Dubreuil. “It was good to do a fun twist with the designers that we have worked with for some years now.”

Shoppers who knew the store from Miami as well as the uninitiated have been responding well to the limited-edition items and exclusive labels, Hériard-Dubreuil noted.

“We’re doing really good even though it was a secret opening,” she said. “Even if it’s stand-alone, it’s part of the Galleria mall, which has amazing traffic. The selection is very different from any other in the area and people are looking for something that they are not used to seeing.”

The 5,000-square-foot store claims city exclusives for 29 brands, including Anya Hindmarch, Mark Cross and Tabitha Simmons and Hériard-Dubreuil hopes to introduce a number of designers to the market in person.

“I want to do a lot of events and trunk shows,” she said. “I have so many designers who have never been to Houston, never been to Texas.”